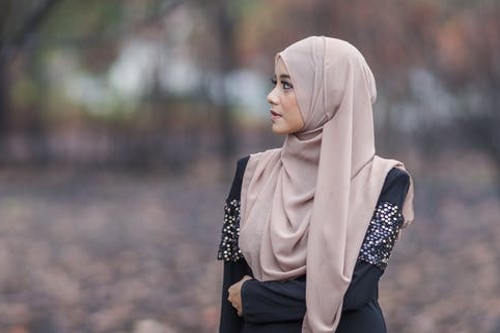 Muslim women wear the hijab as a statement of fashion and identity from www.shutterstock.com.

Prime Minister Jacinda Ardern’s decision to wear a headscarf following the Christchurch mosque attacks in March has earned her worldwide praise. But in an online backlash, critics pointed out that women in conservative Muslim countries have no choice and risk public rebuke, fines or even arrest if they don’t cover up.

This is a longstanding controversy around the Muslim veil. Is it a tool for oppressing women or can it also carry other meanings?

Our explorative research, based on interviews with young Muslim women living in a New Zealand city, shows how they use their everyday lives and identity to change stereotypes of oppression.

In the aftermath of the September 11 (9/11) 2001 terrorist attacks in New York and the subsequent “war on terror”, veiled Muslim women received much attention from Western politicians, media and academics. Debates tended to frame Muslim women, their culture and their veils either as symbols of oppression by Islam, or as part of the threat of Islamic fundamentalism.

A perception of oppression of Muslim women continues today, but what is often missing in these hegemonic debates is the way in which many contemporary Muslim women reinterpret, understand and perform Islam.

Technology and social networking sites allow Muslim women to show there are many ways of understanding and practising Islam and veiling. In our study, we present two main ways in which young Muslim women use Instagram and Facebook to offer alternative discourses about Muslimness and womanhood.

Read more: Islamophobia and media stigma is having real effects on Muslim mothers in maternity services

The young Muslim women we interviewed join their sisters from all over the globe in promoting Islamic fashion. This movement aims to challenge the popular culture in which Islamically defined modesty and the veil are presumed to be ugly, oppressive and inimical to fashion, including the wearing of fashionable clothes designed to draw attention to the body.

As a Muslim woman, we need to be modest and we should not be chasing validation or approval from others by trying to look beautiful. But it was important for me to enter the contest with the intentions that I wanted to pave the way for girls and show that it is possible to look beautiful and fashionable but modest at the same time. It is better that there is someone like me that other Muslim girls can look up to and relate to.

Nurul uses social networks to break the stereotypes and refute a binary view of the veil and fashion. Another young Muslim woman, Hassun Ali, uses Facebook and Instagram to change the discourse of veiled Muslim women. In several posts, Ali appears with stylish, colourful headscarves to suit her body-wrapping dresses and high-heeled footwear.

Ali always accompanies her photos with hashtags such as #muslimahfashion, #hijabista and #hijabfashion.

Most of the veiled participants stated that the Quran is the most valid source of information that requires Muslim women to wear the veil (hijab). Ali’s posts suggest that they reinterpret the Quranic verses (which call on Muslim women to display their beauty and draw their veils over their bosom) and rework their hijabs.

Young Muslim women in Hamilton do not wear the hijab to necessarily hide their femininity in public. Instead, they revisit the precepts of Islamic veiling and create multiple styles of modesty that are intriguing and draw attention.

Stereotypes say Muslim women are docile, self-segregated, and their faith and hijab prevent them from engaging in public life. Our interviewees reject such assumptions and actively use social media to change those negative images.

Read more: Five truths about the hijab that need to be told

At this specific time, after 9/11, I feel I have much more responsibilities as a Muslim woman in the society. I wonder, even though I am a New Zealander, to people here I am not a true New Zealander. I find out I have to present who I am. I feel like I have to act in a really good manner.

Most of Borhan’s posts focus primarily on her involvement with broader communities in Hamilton. In one post, she appears with a big smile while collecting donations as a volunteer for the New Zealand Breast Cancer Foundation.

Several other young interviewees also post their everyday lives on Facebook and Instagram. Their main aspiration is to change hegemonic views of Muslim women as powerless and excluded from social life. They also hope their posts encourage other Muslim women to become more socially active. For example, interviewee Mona Nabilah says:

I think in terms of Muslim women’s confidence, we could do more to raise their awareness of how important it is to be out there. I feel because the media is working to our disadvantage all the time, Muslim women stick together into their own communities because they are too afraid or they’re too shy.

Muslim women are working hard, online and offline, to reflect and increase their active presence in public arenas and break down stereotypes. Social media are the communicative spaces through which Muslim women show, verbally and visually, who they are and what their lives look like. Their posted photos are colourful, inspired by fashion, yet daring, thought provoking, and tend to reveal their everyday lives.

For us, the phenomena of hijab fashion and socially engaged Muslim women, and especially the current social media chapter, open opportunities for women to exercise their power and authority on matters pertaining to Muslim women’s bodies. Far from a binary categorisation of the oppressed and the oppressor, these phenomena signal a world in which Muslim women hybridise their faith and piety with modern ideas of feminism, activism and consumerism.