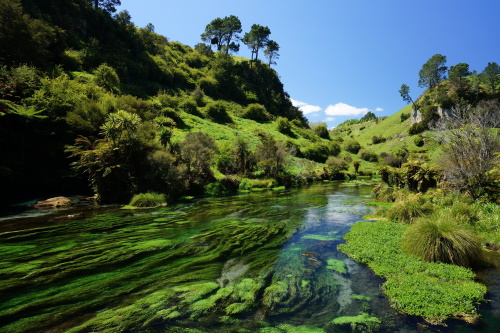 After years of delay, the New Zealand government is pushing ahead on a national plan to clean up the nation's lakes, rivers and wetlands. From shutterstock.com.

New Zealand’s government released a plan to reverse the decline of iconic lakes and rivers this week. It proposes higher standards for water quality, interim controls on land intensification and a higher bar on ecosystem health.

Freshwater quality was a significant election issue in 2017 and the proposal follows the recent release of Environment Aotearoa 2019, which links agriculture to freshwater degradation.

The agenda for change recognises that the perceived trade-off between agriculture and the environment makes little sense. If New Zealand trades internationally on a reputation for a healthy environment, continued degradation of water fouls the value of major exports. It also spoils the natural heritage that fuels the tourist economy and many New Zealanders consider a birthright.

The policy announcement reflects more than a decade of previous attempts, with the first draft notified in 2008, the first implementation in 2011, and major updates in 2014 and 2017. The new policy package addresses major deficiencies in the earlier versions, and has been fast-tracked to curtail freshwater pollution that has been allowed to get worse longer than it should.

The new regulations are designed to protect the health of entire ecosystems from excess nutrients. Some of the most compelling provisions draw clear lines where limits need to be set to prevent further slippage.

There’s a halt to significant expansions of dairy farming and irrigation, and limits on the use of nitrogen in some key catchments. Further improvements will better protect waterways and wetlands from grazing animals, and limits will be placed on recently criticised winter grazing.

Two significant steps will reverse the main cause of delays in the past. The first is an implementation at national level. This should reduce reliance on a National Policy Statement (NPS) that requires regional councils to implement changes to local legislation.

This step will be reinforced by signalled changes to the national legislation, the Resource Management Act, which in turn will make regional council actions less cumbersome and underfunded. Secondly, where the new NPS requires region-by-region action, caps on increasing agricultural intensity will apply until regional plans have been amended to comply.

These steps increase the chance of preventing further degradation. Some benefits, such as a reduced risk of getting sick from swimming, should come through quickly. Others, such as reduced nutrient loads of nitrogen and phosphorous and a healthier ecology in lakes and rivers, could take years or decades.

To improve freshwater quality, we will need reliable monitoring and modelling tools to measure progress. These will need to be an integral part of the process, even though any decisions are ultimately determined by values. Working through this challenge highlights two large issues that remain unresolved in the plan.

The first is a lack of monitoring tools. The announcement didn’t take up recommendations in the Freshwater Leaders Group’s report that described present tools as unsuitable for providing enough confidence to move forward. The implications are that promised investment to develop the nutrient-monitoring Overseer tool will only eventually get us what we needed years ago.

Tools need to connect nutrient management with farm and catchment planning. They should focus more on future solutions rather than quantifying impacts of past land use that led to freshwater pollution.

The role for Māori

The issue of water allocation is even more important given the constitutional role Māori play in New Zealand’s freshwater governance, enshrined in the Treaty of Waitangi.

One of the most intriguing options left open to consultation is the extent to which Māori values will receive compulsory consideration, or alternately, be afforded consideration place-by-place by individual iwi (tribes) and hapū (sub-tribes). The advisory body representing Māori interests in the environment and in land-based industries raised concerns that these options are too weak.

These concerns are substantially amplified by the recent report by the Waitangi Tribunal, suggesting that the delays and dysfunction associated with freshwater policies have disproportionately undermined the ability of Māori to maintain holistic cultural connections to water, and obtain fair value from lands recently returned to them by the Crown.

These concerns and the need for better planning tools that resolve past degradation and enable future investment ultimately go hand-in-hand. Māori businesses, enabled by treaty settlements, are leading innovators and investors using social and environmental values to drive high-value exports.

The release now opens a period of consultation and national debate. This will pit the passionate voice of the farming community against voices representing our freshwater ecosystems. But this is the first time a proposed plan brings together all aspects of policy we need to keep aquatic life healthy.