Toxic sport cultures are damaging female athletes’ health, but we can do better 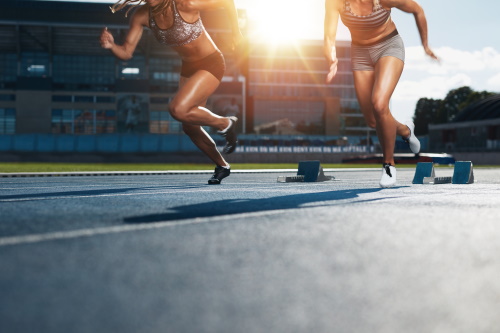 Low energy availability is a condition that happens when athletes restrict their diet in the belief weight loss will improve performance. From www.shutterstock.com

Recently, several elite sportswomen have spoken out about toxic sport culture and the damage it does to their long-term health.

Mary Cain went from being the fastest and the youngest American track and field athlete to make a world championships team to having her health completely break down. Cain revealed how coaches, sponsors and medical support staff told her to lose weight for performance, and refused to listen to her concerns about her physical and mental health.

Cain was experiencing a condition known as low energy availability. But it had become so normalised within the sporting world her pleas for help went unanswered.

This condition occurs when athletes’ food intake does not match the energy they expend during training and day-to-day functioning. For many athletes this happens because they restrict their diet in the belief weight loss will improve performance. The condition can lead to reproductive dysfunction, lower bone density and compromised immunity, as well as increased cardiovascular risk and lower performance.

Our new research shows a lack of knowledge about the condition among coaches and athletes and that hierarchical power relations and stigma are contributing to it.

Over the past three decades, opportunities for women in sport have grown exponentially. Sportswomen now perform on the world stage, gain media coverage and win corporate sponsors.

They are challenging longstanding associations between sport and masculinity. But we are still a long way from a level playing field and sportswomen are experiencing body image pressures from many sources.

Before Cain, British runners Bobby Clay, Anna Boniface and Jess Piasecki also spoke about experiencing low energy availability, but none so directly linked the problem with toxic culture in elite sports. After Cain’s story, other athletes are speaking out and challenging the culture of elite sport that has been designed by men and for men.

Sport sociologists and psychologists have identified that female athletes face challenges in navigating between social expectations of femininity, the physical requirements of training and expectations within particular sports to look a certain way. Elite sport cultures often normalise extreme diets and training practices through which athletes strive to gain a high-performing body that complies with specific aesthetics.

These pressures are particularly pronounced in aesthetic (ballet, figure-skating, gymnastics), endurance (marathon, triathlon) and weight-classed sports (light weight rowing) that celebrate a lean and toned body. But attitudes are changing towards the importance of functionality and performance. Female athletes are gaining confidence in strong and muscular bodies.

Read more:
More money may be pouring into women’s sport, but there's still a dearth of female coaches

Researchers have identified the powerful relationship between (mostly male) coaches and female athletes. Studies have also highlighted the limited knowledge among coaches, trainers and medical support staff on women’s health issues, and difficulties athletes and coaches have in communicating body image and menstruation-related health concerns.

In 1992, the American College of Sports Medicine coined the term Female Athlete Triad to illustrate the three separate but interrelated risks of bone mineral loss, disordered eating and chronic loss of menstruation (amenorrhea). In 2014, the International Olympic Committee renamed this phenomenon “relative energy deficiency in sport”, or RED-S, and both groups agree low energy availability is the key contributor.

An important message to all sportswomen is that menstruation is a sign of good health. When training is planned around the cycle, performance can in fact be enhanced.

Most research into these conditions has focused on prevalence and the effects on performance and on the individual. But to aid prevention, we argue high-performance sports organisations need to prioritise and protect the long-term health of sportswomen.

Across each of the sports we studied (triathlon, rugby sevens, weightlifting), we found high levels of misunderstanding, stigma and normalisation of low energy availability. More importantly, we found sporting cultures play a key role in the prevalence of the condition, how an athlete is diagnosed and how she is supported towards recovery.

In 2017, High Performance Sport New Zealand initiated a project called Healthy Women in Sport: A Performance Advantage (WHISPA). The goal is to disseminate research specific to female athletes to improve health and the culture of high-performance sports.

Despite ongoing work in several countries, changing entrenched sporting cultures is hard to do. Some coaches are taking proactive approaches, but the majority struggle to have these difficult conversations with their female athletes. Even worse, some still reinforce unhealthy body ideals, based on assumptions leaner bodies lead to better performances.

Cain’s story is an extreme case of an elite sport culture putting performance over everything else. But the condition of low energy availability is increasingly common among women across all sports. With stigma, silencing and misunderstanding, female athlete health continues to be compromised.

To turn our attention to prevention, we need to be asking critical questions about the hierarchical power dynamics and priorities within high-performance sports. Is it possible to support our athletes towards their sporting hopes without compromising their long-term health? The answer must be yes, but we must start by addressing the toxic culture in elite sports.