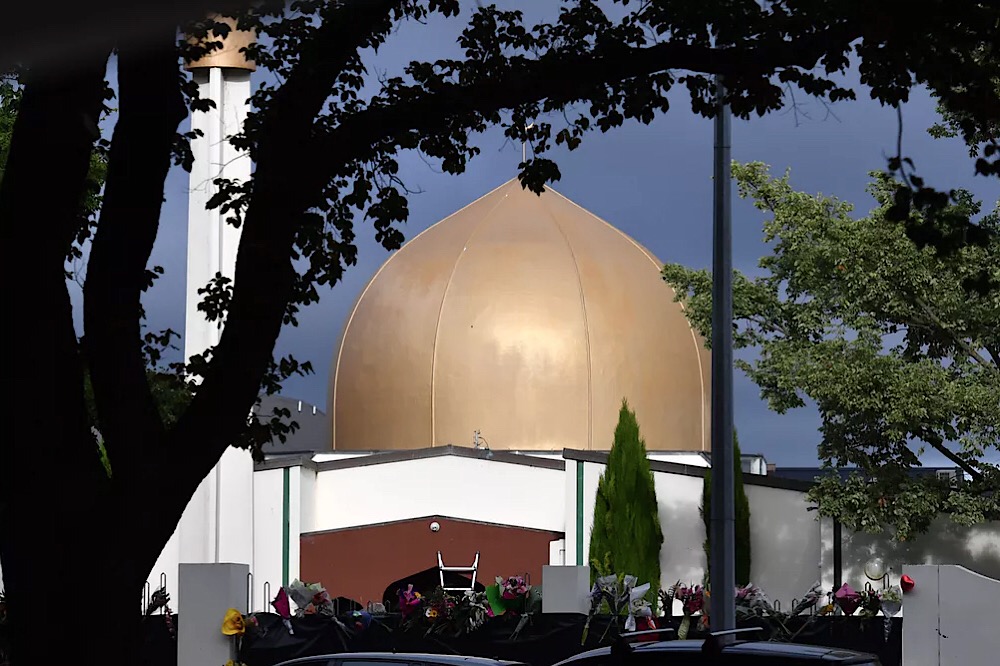 The man arrested over the Christchurch terror attacks has appeared in court today, facing 50 charges of murder and 39 of attempted murder.

Although further charges relating to terrorism are possible, I argue, as I have previously, that it is time to reconsider the way in which murder is defined in New Zealand.

Read more:
Four lessons we must take away from the Christchurch terror attack

Sentencing does not always reflect condemnation

Murders are not all equal in terms of maliciousness.

At the moment there is only one “degree of murder” under the New Zealand Crimes Act, even if an offender is also charged with other terrorism offences. That means that someone who, say, kills their violent and abusive partner is labelled a murderer in the same way as someone who kills 50 innocent victims because of white supremacist views.

Under the Sentencing Act 2002, it is an aggravating factor when an offender commits an offence partly or wholly because of hostility towards a group of persons who have an enduring common characteristic such as race, colour, nationality, religion, gender identity, sexual orientation, age or disability.

Some might argue that taking this into account in sentencing allows us to distinguish different types of murder, but I disagree. Just as the media correctly refer to the attack in Christchurch as a terror attack rather than a mass shooting, how we label the killings in a legal context reflects condemnation of that conduct.

Also, sentencing doesn’t determine the moral blameworthiness of the offender, only the extent of their punishment.

Some other countries, such as the United States, do recognise that there are degrees of murder. While there are differences in approach across states, generally first-degree murder involves a specific intent to kill and premeditation and deliberation. Some first-degree murders involve killings committed during another serious offence, or where a police officer is killed, regardless of the level of premeditation.

In 1996, Brian Neeson proposed a “degrees of murder bill” for New Zealand which would have redefined culpable homicide by classifying murder in the first, second or third degree. Murder in the first degree would have consisted of killings that were “particularly sadistic, heinous, malicious or inhuman”. But this bill was defeated in parliament and the law remains unchanged.

The worst types of murder

Certain features of some murders automatically make them more morally repugnant: premeditation, hate crimes, killings during the commission of other serious crimes, and torturous killings.

At the other end of the spectrum are the less morally blameworthy killings, where a defendant acts with a genuinely altruistic motive (to end a loved one’s suffering, for example), or where the violent conduct of the victim provokes the killing. The question is, should the law apply the same label – murder – to all killings on the spectrum? Or are some killings so reprehensible that they ought to be stigmatised by a more serious offence?

As the law stands, murder is the most serious offence anyone who kills another person can be charged with, even if they were perpetrating a terror attack or hate crime. Regardless of what sentence that offender might end up with, they are in the same category of offender as someone like Donella Knox,  who, in 2016, sedated her disabled 20-year-old daughter, Ruby, before suffocating her.

Ruby had severe autism spectrum disorder, was intellectually disabled and had other physical illnesses including spina bifida and hip pain. Before the killing Ruby had begun to act in violent and severely disruptive ways and was no longer being seen by the paediatric team because of her age. Knox was advised that nothing could be done for Ruby’s pain.

Knox pleaded guilty to murder and was sentenced to four years’ imprisonment. The sentencing judge thought that sentencing her to life imprisonment would be manifestly unjust and described the killing as part mercy and part self-defence.

There are several other cases where a defendant has been labelled a “murderer” for far less serious conduct, including some young offenders who killed others without necessarily appreciating the consequences of their actions. Killing someone recklessly is vastly different from a premeditated terrorist attack. But we still call it murder.

Whatever name we give to terror attack murders does not retrospectively change the nature of that conduct. But language is important because it reflects the stigma and social reaction associated with the conduct.

Why it might be time for New Zealand to reconsider the legal definition of murder is licensed under a Creative Commons Attribution 4.0 International License.