In 2007, BMS alumna Theresa Gattung received one of the first Distinguished Alumni Awards from the University of Waikato, just as her tenure as Telecom’s first female CEO came to an end. A lot has happened since 2007, and we caught up with one of New Zealand’s most well-known and successful business people to hear what she’s been up to and hear her advice for women considering a career in leadership and business.

Theresa Gattung’s career story is a familiar one to many: first woman to run a large New Zealand public company (Telecom), inaugural chair of a large primary exporter (Wool Partners International), co-founder of a successful meal delivery service (My Food Bag) – the list goes on, and her successes are many.

She oversaw Telecom’s evolution from a typical telco to New Zealand’s number one IT provider with collective annual turnover in the billions, has chaired high-profile businesses and charities, received the Lifetime Achievement Award in the Women of Influence Awards in 2018, and was recognised in the 2016 New Year’s Honours List as a Companion of the New Zealand Order of Merit for her services to business and philanthropy.

As a high-schooler in Rotorua in the late 1970s, Theresa didn’t always know what she wanted to study but she knew she wanted to work hard and get ahead, and was motivated to change the lack of female representation she saw in the leadership and governance sector.

She attended a Waikato open day where the flexibility in course offerings was immediately appealing. “I liked that you weren’t hemmed in to one particular topic, so I enrolled in a management degree but also took Japanese and women’s studies,” she says.

“At the time, it was unheard of to study business alongside women’s studies. It’s still rare now, but more so back then.

“I’ve been a feminist my whole life, I have three younger sisters and my dad was a big supporter of women’s rights, and very interested in business, and I’ve always felt naturally inclined to support other women to succeed – all of which had a hand in what I decided to study.”

Theresa recalls uni fondly. “It was fantastic, the whole experience. There were around six other women in my class at the time – and I enjoyed my interactions with my classmates and with the lecturers, and the 499 [report of an investigation paper] was a real highlight.”

From a law degree to marketing

After graduating in 1984 with a BMS(Hons) majoring in economics and marketing, Theresa headed for Wellington to study law.

“I worked throughout to fund my studies, and when I got to Wellington I called TVNZ and asked for a job in marketing. After 18 months I was promoted to manager and I realised pretty quickly I didn’t want to give up that job to practice law, but I finished the degree anyway.”

Following her time at TVNZ Theresa had marketing manager roles at National Mutual (now AXA) and BNZ. In 1994 she was appointed GM marketing at Telecom, and following a three-year stint as group general manager services, became CEO and managing director in 1999 – making history as the first female to head a large public New Zealand organisation.

Women in leadership: Then and now

While she’s recognised as a trailblazer for women in leadership, Theresa says she’s only been able to fully dedicate her time and expertise to the area in recent years.

“It’s only in the past 10 years I’ve really given it my all, it was a bit hard to do everything when I was full tilt as CEO and in governance.”

And in those 10 years Theresa has helped bring about platforms for supporting women leaders and entrepreneurs. She is the New Zealand country lead for SheEO, a global initiative that invests in and supports women-led ventures to take their products to the world. She also started World Women Charitable Trust to further women’s interests, and regularly supports women’s groups and charities.

The choices available for aspiring women leaders is more plentiful than it was when Theresa was starting out.

“In terms of career options, it used to be ‘what company do I want to go and work for?’ Now, you can choose to work for a big company, or you can explore the public sector, iwi, social causes, entrepreneurship – there are a lot more choices and that’s a real opportunity for more diversity in leadership.”

Theresa says if you’re not sure where you want your career to head, start working for someone you admire and respect, no matter what the industry is. From there, gather experience and learn as much as you can as you never know where it will take you.

“I always say that life is very long, what you were doing in your 20s you probably won’t be doing in your 40s, so don’t worry too much about getting it ‘right’ when you’re young.

Catching up with: Theresa Gattung, CNZM is licensed under a Creative Commons Attribution 4.0 International License. 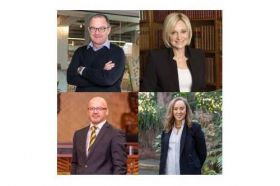 A Māori Land Court judge, two trail-blazing professional directors and a top marketer are being… 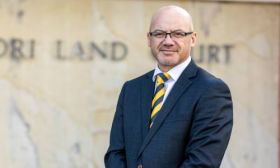 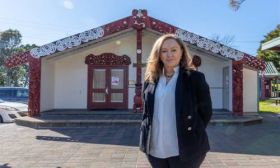 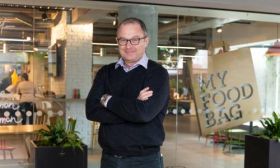 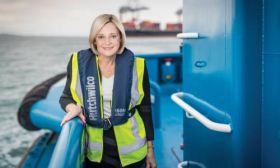 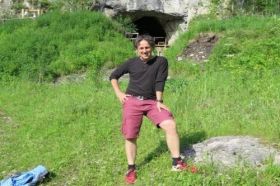 Catching up with: Professor Tom Higham 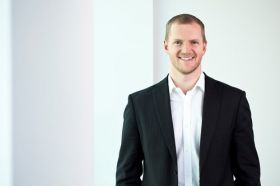