Ex-Navy chef cooks up a storm for uni flatmates

While many of us dreamt about sharing our lockdown bubble with a personal chef, a group of University of Waikato students were living that dream in Tauranga.

When the University stopped accommodation payments for students who chose to go home to their families at Level 4 lockdown, several residents at the university-managed Mayfair Court apartments in Tauranga opted to leave. For those who stayed, there were other perks.

During lockdown, Matt generally cooked twice a week with his flatmates happy to pitch in grocery money.

“It was a bit more fend for yourselves before but since lockdown I’ve done more cooking,” says Matt.

And it’s gone down well according to Ayesha; “Matt’s cooking is absolutely amazing, and we are always looking forward to the days where we do flat dinners and Matt cooks.”

The University’s accommodation coordinator, Iris Beemster, says the students have all been very self-sufficient and have made the most of the situation. A private Facebook group has kept them all connected, so even the students who moved home still feel like part of the Mayfair Court family.

“I’ve been really impressed with their resilience and how they’ve supported each other,” says Iris. “They’ve gone on walks together, organised games and movie nights and even set up a home gym in one of the vacant apartments. When I took them for their weekly supermarket shop, it was clear Matt had some great things on the menu!”

At Level 3, students in the five tenanted apartments merged to make one big bubble. Iris suggested that Matt might like to share his culinary skills with the whole group.

On Friday night, to celebrate reaching Level 2, he did just that. Matt cooked up a feast fit for 15, with ingredients donated by Acting Director of the Tauranga campus, Associate Professor Ken Perszyk.

“Last week, Ken arranged a surprise delivery of pizza for our extended bubble,” says Matt. “When he found out about the dinner, he offered to buy the groceries which was a really kind gesture.”

While many people would be overwhelmed to prepare four main dishes, several sides and a dessert, single-handedly, Matt was unfazed by cooking for the larger group. After spending six years with the Royal New Zealand Navy, he had catered everything from cocktail parties, buffet functions and dignitaries’ dinners, to cooking hundreds of meals for the troops. He’d started his City and Guilds cooking apprenticeship straight out of Hutt Valley High School in Wellington.

“Growing up, my dream job was to teach or cook. I went into the Navy at 17, and now here I am training to be a teacher,” he says.

When Matt left the Navy he moved to Thailand for two years and seized the opportunity to try out teaching. He taught English to students, ranging in age from 10 to 18 years, often up to 900 per week. As full on as it was, the experience told Matt what he needed to know. After two years, he returned to New Zealand to enrol in a Bachelor of Teaching (Primary) at the University of Waikato.

“Every teacher I spoke to recommended Waikato as having the best teaching programme. I chose the Tauranga campus as I prefer the lifestyle here.”

Matt was initially a little apprehensive about starting university but says his varied life experience has held him in good stead so far.

“I wasn’t the most academic at high school so I didn’t know what to expect. I really enjoy the lectures which makes all the difference and, although I’d rather be on campus, I’ve managed OK with the online learning.”

He also managed a slap up dinner for his Mayfair Court mates. The sumptuous selection included roast lamb and sautéed vegetables, Thai green curry, spicy vegetable curry, and traditional Italian carbonara followed by a strawberry and blueberry pie for dessert.

“With a range of people here, I catered for Hindu, Muslim and vegetarian so there was something for everyone,” he says.

Luckily, there were lots of helping hands to do the dishes.

Ex-Navy chef cooks up a storm for uni flatmates is licensed under a Creative Commons Attribution 4.0 International License. 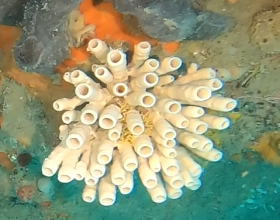 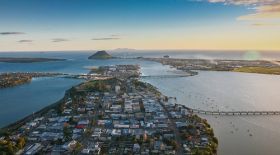 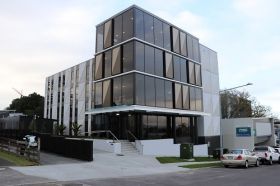 Rocking the boat: the opportunities and challenges of aquaculture

Aquaculture has become a hot-button topic this year, with the release of the Netflix documentary…

Earlier this month, 'Ana Taulani got one step closer to reaching her goal of becoming… 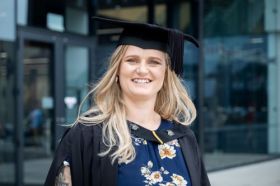 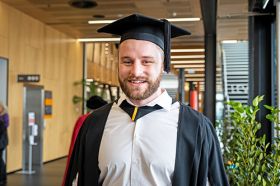 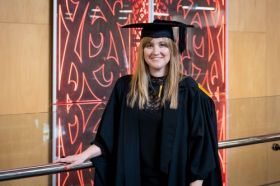