Five ways New Zealanders’ lives and liberties will be heavily controlled, even after lockdown eases 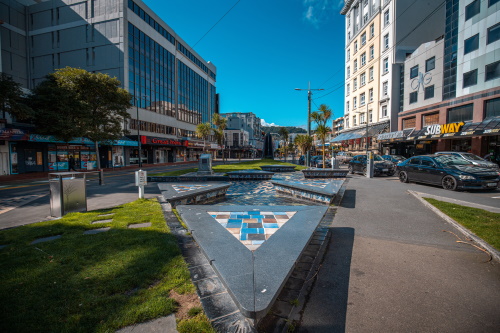 Prime Minister Jacinda Ardern has announced details of the next stage of lockdown, but New Zealanders won’t know until Monday when the country moves out of strict level 4 conditions.

Once in level 3, people will have to remain within their household bubble, but can expand it to include close family or caregivers. Workers will have to continue working from home if they can, and only businesses that operate within social distancing measures will be allowed to reopen.

Ardern has described level 3 as a “waiting room”, with significant restrictions remaining in place.

We have to wait and see if what we have done has worked. After a while, if we don’t show further signs of illness, we can go back to life that is a bit more normal. If we deteriorate, then it’s back to lockdown at level 4.

Regardless of when the current lockdown rules change, New Zealand’s government and authorities will retain exceptional powers over people’s lives until the country is no longer in a state of emergency. These powers – from telling people to stay home to potentially making vaccinations or testing mandatory – can infringe on several rights and liberties.

The intrusions has been relatively limited so far, but since emergency powers could continue beyond the level 4 lockdown, it’s worth knowing how that affects your rights now.

Read more:
As NZ goes into lockdown, authorities have new powers to make sure people obey the rules

Freedoms of assembly and movement

New Zealand’s state of emergency was extended on Tuesday this week for a further seven days. Beyond the level 4 lockdown, which will continue at least until next Thursday, the state of emergency can either continue nationwide (in seven-day blocks) or be broken into local emergencies if a national level is no longer justified.

The notice given under the Epidemic Preparedness Act, the lynchpin to much of the extraordinary powers the government currently has, has a tenure of three months. It too can be renewed.

The loss of the right to assembly and freedom of movement is what citizens are most concerned about.

The authorities’ ability to impose these restrictions to enable quarantines and to prevent the spread of infectious diseases dates back to laws introduced in 1842. The modern equivalents of these powers are found in the Health Act and the Civil Defence and Emergency Management Act – with the latter allowing orders to stop any activity that may contribute to an emergency.

Providing these restrictions remain both precautionary and in proportion to the risk, it is unlikely they will be challenged seriously. But they cannot become indefinite, nor imposed without justification.

Read more:
The psychology of lockdown suggests sticking to rules gets harder the longer it continues

Freedom of speech and the right to a fair trial

The next liberty at risk during times of emergency is the freedom of speech and the associated freedom of the press. Unlike in many more authoritarian or populist countries, New Zealanders’ freedom of expression was not infringed in the emergency.

The government called out fake news but did not impose censorship in terms of what was reported or who could ask questions.

The right to justice is the oldest of all, dating back to the Magna Carta in 1215, which ensures that no citizen shall be denied, or delayed, justice.

The modern manifestation of this is the right to a fair trial. This is layered by the right to trial by jury, when the penalty for the offence includes imprisonment for two years or more.

The exception to this right, during a state of emergency, is that judges may modify the rules of court as they consider necessary in the interests of justice, and proceedings can be delayed. The judiciary used these rules in response to the pandemic challenge, dividing the work between priority matters (concern for the liberty or personal safety of the individual) and non-urgent matters, which were largely pushed to one side.

This sounds reasonable, but would be unacceptable if leaked information – suggesting prisoners are kept locked up past their release date because of the emergency – is confirmed.

Medical freedoms and the right to vote

The real challenge is that a safe move out of lockdown may require both mandatory medical testing and vaccination, once a vaccine becomes available. These powers are potentially in direct conflict with the right to refuse medical treatment, which is part of New Zealand’s Bill of Rights. This will be a very difficult debate.

The final freedom at risk in times of emergency is our right to vote. Unlike other countries where a state of emergency is used as an excuse to hold onto power, in New Zealand the elections remain pencilled in for September 19, and the electoral committee is drawing up contingency plans to make the process both safe and workable.

Read more:
Trust in government is high in NZ, but will it last until the country's elections later in the year?

An extension of New Zealand’s three-year parliamentary term is only possible if 75% of all MPs vote for it, and that is unlikely. This is especially so since there is no serious proposal for a war-time type of national unity government, in which power could be shared between the leading parties.

However, the government has not silenced its critics in parliament. It created the epidemic response committee, chaired by the leader of the opposition, to hold it to account on its COVID-19 response.

The fact that the government has given control, both in terms of leadership and balance of numbers, will be hard for decision makers, but very good for New Zealand democracy.