If reducing harm to society is the goal, a cost-benefit analysis shows cannabis prohibition has failed 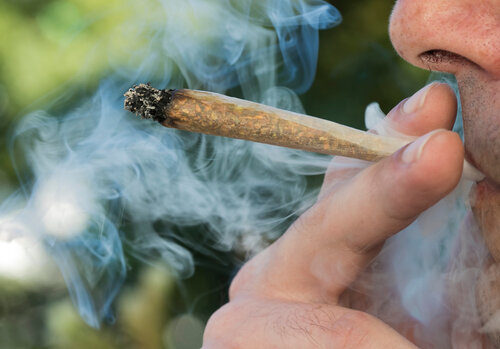 The case for a referendum on New Zealand’s cannabis law was already urgent in 2015 when the supposedly more pressing issue was whether we should change the flag. As I argued at the time, prohibition had failed and was costing society far more than the drug itself.

As with alcohol, tobacco, prostitution and gambling, regulation – not prohibition – seemed the smarter way forward. Nothing has changed as the cannabis legalisation and control referendum looms on October 17. If anything, the evidence from five wasted decades of war on cannabis is even more compelling.

First, tens of thousands of New Zealand lives have been disproportionately damaged – not through use of the drug, but because of its criminalisation.

These statistics have not been evenly distributed. Māori are more likely to be convicted on cannabis charges, even accounting for higher rates of use.

Each conviction represented real or potential harm to job prospects, ability to travel, educational and other forms of social opportunity.

Despite the law, cannabis use increases

Second, despite these penalties and the millions of hours of police time spent enforcing the law, demand remains stronger than ever. Mirroring international trends (an estimated 192 million people used cannabis in 2018, making it the most used drug globally), the number of people using cannabis in New Zealand is increasing.

Research suggests most New Zealanders (about 80%) born in the 1970s have used cannabis at least once. Despite the hype, propaganda and fear, such widespread use has not sent the nation spinning of control.

This is not a universal rule. For a minority (perhaps 4% to 10% of all users), there is a risk of developing a dependence that impairs their psychological, social and/or occupational functioning. Again, Maori suffer disproportionately in this area.

Despite these risks, overall the damage of cannabis is far less (for both individuals and wider society) than for legal drugs such as alcohol and tobacco.

Black markets only work for criminals

Third, criminals have thrived on the illegality of cannabis. The median price of an ounce fluctuates between $350 and $400. With such attractive profit margins for an illegal product, a black market is inevitable.

In turn, the quality and safety of the product are not regulated, the market is not controlled (children become customers), and no tax is earned from the profits. The spill-over crime rate increases as gangs or cartels seek to monopolise business and expand their territory.

The referendum now offers the Cannabis Legislation and Control Bill as a solution to these problems. If it became law the current situation would change in several significant ways:

Some estimates put the potential tax take as high as NZ$490 million per year. There are also optimistic arguments that criminality and harm associated with the drug will drastically reduce, if not be eliminated altogether.

But these outcomes will depend on the price and quality of the product, the effectiveness of policing the non-compliant, and providing the right help to those who need it.

There is no perfect solution

While overseas evidence suggests legalisation reduces many of the peripheral crimes associated with the illegal supply of cannabis, this tends to turn on the types of crimes examined and the nature of the black market.

New Zealand conditions may differ. These caveats suggest it is overly simplistic to believe that regulation of recreational cannabis will lead to a happy utopia down under. There will always be harm and there will undoubtedly be teething problems if the new law goes ahead.

But that is not the question being asked on October 17. What voters have to answer is this: does regulation offer a better pathway than prohibition when it comes to reducing harm in our society?

Five decades of failure would suggest one of those options offers more hope than the other.