Increased nutrients in the ocean can accelerate coral bleaching caused by high sea temperatures, according to new research from University of Waikato Marine Scientist Joanne Ellis.

Dr Ellis led a scientific expedition in the Red Sea last year to study the causes of coral bleaching for the King Abdullah University of Science and Technology.

When water is too warm, corals will expel the algae living in their tissues causing the coral to turn completely white. This is called coral bleaching, Dr Ellis explains.

“If the high temperatures persist, then the absence of these algae can ultimately cause mortality because the coral is deprived of energy and can become susceptible to diseases,” says Dr Ellis.

A casualty of climate change

“Because 2015 wasn't actually one of the warmest summers on record, yet we were observing these really high rates of bleaching, we wanted to understand what were the factors that may be involved ,” says Dr Ellis.

Her team spent a total of one month cruising the Red Sea taking 60 core samples of corals using a large underwater drill.

“Corals lay down bands similar to how trees lay down growth rings each year. We looked for the presence of stress bands that can be indicative of a bleaching event,” says Dr Ellis.

“What we found was that the highest proportion of stress bands were recorded in 2015, despite it not being one of the warmest years.”

A new cause uncovered

Each year nutrient-rich waters from the Indian Ocean upwell in the Red Sea, bringing nutrients to the surface. Visible via satellite imagery, the upwelling arrived earlier than usual in 2015.

“Our results clearly demonstrated that when you have the two things combining – heat stress along with excess nutrients – that's when we saw the exacerbation of coral bleaching,” says Dr Ellis. 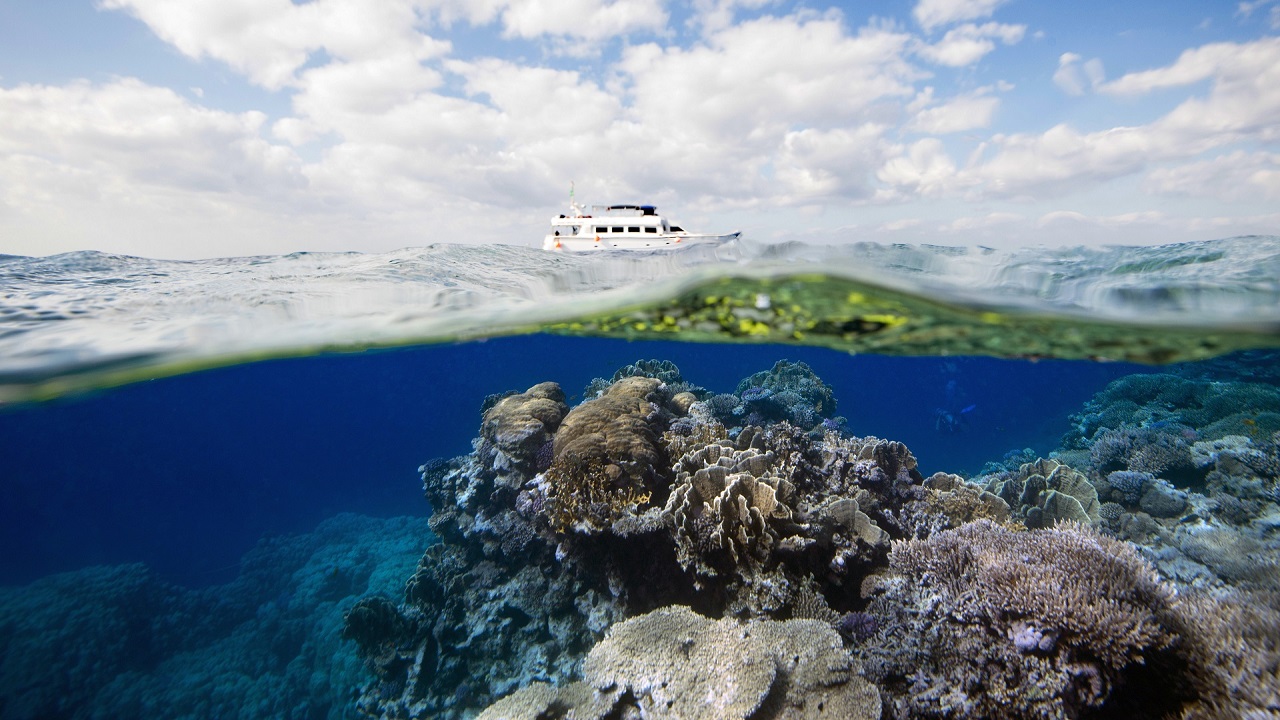 “What surprised me is that we found stress bands as early as 1982. We were able to reconstruct that history of stress all the way back to 1946, and we saw no evidence of stress or bleaching events in the corals prior to 1982.”

The importance of coral reefs

As well as being one of the most diverse ecosystems on the planet, coral reefs are relied upon by hundreds of millions of people for food and coastal protection.

“Coral reefs support fisheries, they have the potential for biopharmaceuticals or drug discovery, they protect coastlines by reducing wave damage, and they provide many social, cultural and recreational opportunities,” says Dr Ellis.

Her findings can help guide marine conservation efforts by highlighting not just sea temperatures, but also nutrients and pollutants entering the ocean.

“If we can manage local stressors, we may provide some resilience for the coral reef systems while we're trying to tackle the wider issues of greenhouse gas emissions and climate change impacts,” says Dr Ellis.