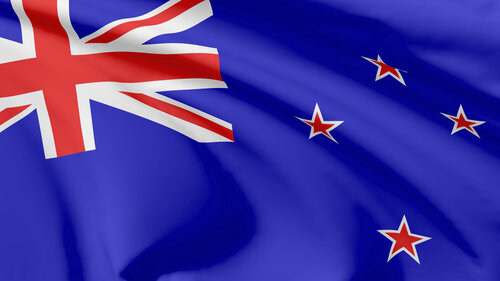 A year ago, who could have even imagined 2020 would turn out the way it did? A pandemic, closed borders, lockdowns, economic crisis, a delayed election … but here we are at the end of a year like no other.

So, if New Zealand were to receive a report card for its performance in the year of COVID-19, measured against members of the global community, how might that look?

We take gold at being the best in the world at confronting the COVID-19 pandemic, according to the Foreign Policy publication.

Global business leaders agree, report The Guardian and others, citing a Bloomberg Media survey that looked at a number of factors including political stability, the economic recovery, virus control and social resilience.

A place to do business

The World Bank says we are the best place in the world for doing business.

Transparency International says we are back to being top of the class (joint 1st with Denmark) in terms of being corruption free.

The Economist says our internet (in terms of affordability and access) is also ranked 2nd best, behind Sweden.

Conversely, the last Global Competitiveness Report has us fall a spot, to 19th place.

Similarly, the Global Innovation Index, recorded New Zealand falling out of the top 25, to 26th position.

For peace, in terms of societal safety and security, the extent of ongoing domestic and international conflict, and the degree of militarisation, Vision of Humanity says we are ranked 2nd best, behind Iceland.

The Index for Economic Freedom (which covers everything from property rights to financial freedom) has us as third best.

The Democracy Index, which looks at considerations such as free and fair elections and influence of foreign powers, has us at 4th best in the world. Norway, Iceland and Sweden do better.

Excellence is also merited for our democracy in the Freedom in the World Index with  a score of 97 out of 100, but we dropped one point due to the Christchurch terror attack.

The Global Gender Gap Report notes an improvement of one place and lands us as the 6th most gender equal country.

The World Justice, Rule of Law, Project has us as 7th best in the world, up one place since last year.

Our happiness remains steady, as the 8th most cheerful place on the planet, says the World Happiness Report.

Reporters Without Borders has us as 9th best in the world, but we fell two places due to recent concerns about the quality and independence of some media outlets.

In terms of falling out of the top ten countries, but still doing really well, the latest Human Development Index has us increase two places, to 14th, in terms of life expectancy, education and income.

That’s just ahead of the United Kingdom and the United States but well behind Australia in 6th place.

The environment and climate

With regards to environmental concerns we do good, but not great. According to the Yale Environmental Performance Index, which measures environmental health and ecosystem vitality, our overall rank is 19th, noting we are falling, not rising, in this ranking.

In some areas, such as with fresh water and sanitation, we are only 26th in the line-up.

In terms of climate change, the Climate Change Performance Index has our country rise to 37th, a good jump from the previous position of 44th.

But the Climate Tracker Index is a little harsher, putting our response as “insufficient” despite our good intentions with our Zero Carbon law.

Unemployment hit 5.3% in September, which although a percentage point higher than where it was pre-COVID it’s not that bad, and certainly better than most comparable OECD countries at the moment.

As of the middle of the year, the medians for weekly earnings from wages and salaries, compared to last year, increased NZ$44 (4.3%) to NZ$1,060.

A drop in suicides

One area better than expected is with the suicide statistics. Although New Zealand’s rate is high in terms of comparative examples, in the year to June 30, 2020, 654 people died by suicide compared to 685 the year before.

Although each one of these deaths is a tragedy, and we have a very long way to go as a country in this terrible area, this decrease (of 31 deaths, and a drop in the suicide rate from 13.93 deaths per 100,000 to 13.01) is moving in the right direction.

In terms of crime, New Zealand Police figures show assaults have increased more than 14% on the previous 12 months but that’s partly due to the introduction of new family violence offences.

The amount of both burglary and theft has fallen.

Slight progress is evident with our rates of incarceration. While high compared to similar countries, the good news is the number of people in prison has fallen slightly to 9,469 by the middle of 2020, down from 9,969 the year befofre.

The housing crisis, driven by demand outstripping supply and prices escalating much faster than comparable countries, is creating a fearful situation for those who cannot afford an abode, or the costs of it eats up too much of their money.

Homelessness, which was entrapping tens of thousands before the COVID pandemic remains systemic.

Probably the sharpest end of the poverty crisis is with children. Figures from the beginning of 2020 show about one in five Kiwi children (235,400) lived in relative poverty.

So while New Zealand’s report card contains a very impressive collection of clear excellences, and reflects some positive changes, we need to be vigilant and must seek to improve. There are a few areas of failure that must be addressed if we wish to claim we are the best country in the world.