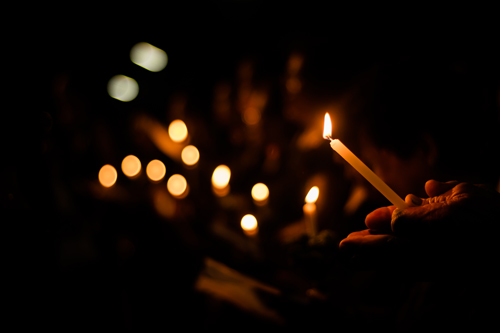 A call to abolish New Zealand’s Human Rights Commission and dismiss it as a “hard left” body forgets the role both sides of politics played in establishing the organisation. And the call comes at a time when, overseas, democracy and the right to speak out on issues are under threat.

ACT leader David Seymour also accused the commission of being “irrelevant” and “dangerous” in his call for the government organisation to be scrapped.

His attack came after the Human Rights Commission called for the newly-elected Labour government to honour human rights and it set out 39 issues it wants politicians to adopt.

These include a right to a decent and affordable home, a living wage and an end to pay discrimination, more employment opportunities for disabled people and a national action plan against racism.

Politicians are asked to take account of the human rights promises made by successive governments. The commission also wants the growing partnership between the Crown and hapū and iwi to be advanced.

Overseas, during the COVID-19 pandemic, there has been a worsening of democracy and human rights in 80 countries, according to research from the US-based Freedom House, an organisation devoted to the support and defence of democracy around the world.

Governments have responded by engaging in abuses of power, silencing their critics, and weakening or shuttering important institutions, often undermining the very systems of accountability needed to protect public health.

The recent rapid decline is an acceleration of a longer trend of declining democracy and the freedoms that it protects. Sri Lanka and Cambodia have been identified as states where democracy was already struggling and where there were weak safeguards against abuses of power.

The governments of Egypt, Guatemala and Zimbabwe, among others, were reported as using the pandemic to engage in further abuses of power, to silence critics and to weaken or shut down institutions.

On a positive note, Aotearoa New Zealand featured favourably in the Freedom House report, saying the government had announced a range of measures to make sure the election could go ahead during the pandemic.

But Aotearoa New Zealand is not immune from efforts to undermine human rights and democracy. David Seymour has made calls before to abolish the Human Rights Commission.

Following Seymour’s latest call, National’s Simon Bridges said the commission needed reform. He described some of the issues it raised, such as “fair pay and raising benefits and all of these other things”, as legitimate — but they “ain’t human rights”.

This type of thinking is reflected in the fact such rights are not protected by the New Zealand Bill of Rights Act 1990. The failure to include these rights makes it more difficult, but not impossible, for the commission (and the courts) to defend such rights.

But the right to adequate housing was enshrined in the United Nations’ Universal Declaration of Human Rights 1948. So too has the right to remuneration that ensures an existence worthy of human dignity, as has the right to social security.

The inclusion of such rights is largely due to the work of the first Labour government (1935–49), particularly then Prime Minister Peter Fraser. Aotearoa New Zealand accepted the UN declaration in December 1948.

The origins of Aotearoa New Zealand’s own human rights framework begins in 1963 when the second National government (1960–72) tried, unsuccessfully, to pass a Bill of Rights Act. But it did pass the Race Relations Act in 1971.

This act prohibited racial discrimination and established the office of Race Relations Conciliator. It was the first time New Zealand legislation made reference to the specific mandate of human rights protection.

The same government also accepted the rights to adequate housing, work that ensured a decent living and social security as legally binding obligations in 1978.

The prohibition on discrimination was widened in 1993 under the fourth National government (1990–99).

In 2001, the fifth Labour government (1999–2008) extended the powers of the Human Rights Commission. The commission’s focus changed from anti-discrimination to broader human rights issues.

Employment rights for people with disabilities were also part of a suite of disability rights accepted by that government in 2008.

As for the call to advance the growing partnership between the Crown and hapū and iwi, the third Labour government (1972–75) oversaw the establishment of the Waitangi Tribunal in 1975, and the National Party did not object.

The fifth National government (2008–2017) achieved the highest number of Treaty of Waitangi settlements of any administration to date.

Clearly then, New Zealand’s commitment to human rights, and providing redress for breaches of Te Tiriti for that matter, is not – and has never been – grounded in a “left wing manifesto”, as David Seymour claims.

The strength of our democracy and commitment to human rights, including the right to free speech, means New Zealanders are free to agree or disagree with the Human Rights Commission’s call to action. We may also differ on what we understand actual human rights to be.

It’s one thing to engage in the merits of the debate about whether decent and affordable housing, a living wage, fair pay and adequate benefits should be regarded as human rights.

But it’s another thing to call for the abolition of an institution set up to promote respect for human rights and to ensure those rights are observed, as well as to make public statements on any human rights matter.

New Zealanders should be wary of any calls to abolish the Human Rights Commission. To do so, would be one step to towards diminished accountability on the part of our leaders and the silencing of government critics. As Freedom House reports, these are some of the tactics favoured by repressive regimes seeking to undermine democracy and human rights.