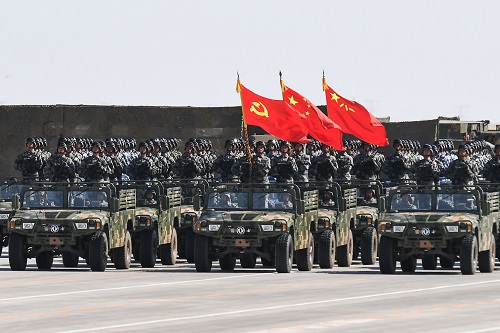 A new cold war with China is coming and it will be just as dangerous, expensive and pointless as the last one.

The difference will be how much more New Zealand is involved.

Steering an independent course in these dangerous seas will be very difficult: our Five Eyes security partners will want us to jump one way, our largest economic partner the other.

This fine line was visible this week when Prime Minister Jacinda Ardern spoke at the China Business Summit in Auckland. New Zealand has “different perspectives on some issues”, said Ardern – to which China’s New Zealand ambassador Wu Xi replied:

Pursuing a zero-sum game and portraying others as adversaries or enemies will lead to nowhere and will only harm its own interests.

The latest flashpoint is China’s decision to pass a new security law for Hong Kong. The New Zealand government has ordered a review of all policy settings, despite Foreign Minister Winston Peters having already criticised the law and being told by Beijing to stop interfering in Hong Kong’s and China’s internal affairs.

But New Zealand is right to be concerned about the new law. Designed to combat political dissidence, it covers serious but ill-defined crimes and imposes heavy penalties through opaque justice systems.

It also breaches the spirit of the 1997 Basic Law, which established the principles for the British handover to China.

Some might argue it’s a price worth paying if it brings stability and prosperity back to Hong Kong. After all, some of the key 1997 promises were never implemented, and China has quite properly taken the initiative.

The new law may be repugnant to those who believe civil liberties enjoyed in Western democracies should be universal. But it is not unique within communist China, where social and economic progress has been achieved at a price of minimal dissent.

New Zealand is already out of step

Self-interest might have had other powers turning a blind eye in the past. But the new geopolitics have seen the security law become a line in the sand.

America is ready to impose sanctions on China over Hong Kong and Uyghur human rights. Australia is increasing its military spending by 40% over the next ten years, as part of a more assertive approach to China with less reliance on the US.

Read more: Hong Kong activists now face a choice: stay silent, or flee the city. The world must give them a path to safety

Britain wants to offer citizenship to 3 million Hong Kong residents. Citing security risks, it has also mandated that all Huawei 5G technology be removed from British networks by 2027.

Following India, US President Donald Trump is pressing for a ban on the popular Chinese social media app TikTok due to security concerns.

Amid all this, New Zealand is increasingly out of step. Our criticism of the new security law was clear, but it wasn’t coordinated with the Five Eyes partners, nor did it employ the kind of language that has seen Hong Kong described as a “bastion of freedom”.

New Zealand has also announced it won’t follow Britain’s ban on Huawei and has avoided discussions about military build-ups or sanctions.

This is wise. There is no military solution to this problem and our economic relationship with China only complicates matters.

China is New Zealand’s largest trading partner in goods and second-largest overall including trade in services. Since the ground-breaking 2008 Free Trade Agreement, two-way trade has increased to NZ$30.6 billion per year, more than half of that in New Zealand’s favour.

Towards a new independence

In an ideal world, these problems would be resolved calmly through a rule-based order of law or arbitration.

Unfortunately, the chances of China consenting to a third party resolving any dispute over what it sees as its sovereign rights are near zero. When such a resolution was attempted over its island building project in the South China Sea, China put the unfavourable ruling in the bin.

The question, therefore, is how New Zealand positions itself in the new cold war if all sides are angry and there is no clear middle ground. The announced  policy review offers the best way forward.

The review needs to consider the tone and independence of our foreign policy voice. It should ensure our trade relations comply with the human rights standards we profess to value. And it should require free trade never comes at the expense of free speech.

Of course, we will have to measure the costs and benefits of elevating human rights goals in our foreign policy. If countries we disagree with can’t change, we need to articulate what our bottom line is.

Most critically of all, we must now learn to navigate for ourselves in what will be the most difficult foreign policy challenge the next government will face.

Because whether we like it or not, we are sailing into a new cold war.