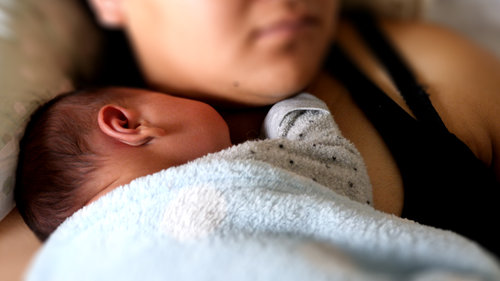 Too many New Zealand children are born into a state of crisis, as two recent and damning reports have shown.

The Māori Inquiry into Oranga Tamariki (Ministry for Children) was one of five inquiries launched after a media investigation into the attempted “uplift” of a newborn baby from its mother at a maternity ward in May 2019. The inquiry report stated:

The event … not only sparked national outrage from Māori, but disclosed a controversial and decades old state policy and practice that has had devastating intergenerational impacts that have left our communities with deep emotional scars.

These personal stories … are a silent testimony to the long-term inequities that Māori have suffered under Aotearoa New Zealand’s care and protection system.

Oranga Tamariki chief executive Grainne Moss hit back by saying the children’s commissioner’s report was ignoring the interests of babies.

The current storm rages, in part, around the protection of children and their rights. With the Royal Commission of Inquiry into Historical Abuse in State Care due to deliver its own interim report this year, we need to ask: what are those rights, and might a better understanding of them provide a way out of this impasse?

Part of the answer can be found in the UN Convention on the Rights of the Child 1989. Aotearoa-New Zealand accepted this treaty in 1993 and it informs the work of the children’s commissioner. For tamariki Māori, the convention is important because it was the first global human rights treaty to refer to the rights of indigenous children.

Perhaps controversially, the convention requires states to respect parents’ rights and responsibilities   – and, where relevant, the extended family or community. This counters a common criticism that by focusing on children’s rights we diminish the rights of parents and families.

As far as possible, children have the right to know and be cared for by their parents. It is parents who have the primary responsibility for the upbringing and development of their children.

The convention also states that the family is “the fundamental group of society” and the child should grow up in a family environment. Cultural values are important for “the protection and harmonious development of the child”.

Most importantly in the current debate, the convention provides clear guidance on the removal of children from their families:

Each of these considerations is subject to four guiding principles:

Read more:
Australia needs to confront its history of white privilege to provide a level playing field for all

The forcible removal of children is covered by the UN

Alongside the children’s rights convention lies the United Nations Declaration on the Rights of Indigenous Peoples 2007, which Aotearoa-New Zealand endorsed in 2010. This specifically recognises the rights of indigenous families and communities to retain shared responsibility for the upbringing and well-being of their children. The exercise of that responsibility is to be consistent with the rights of the child.

The declaration also prohibits the forcible removal of children from one group to another. While this has tended to relate to historic state policies to remove indigenous children from their communities, it clearly resonates with recent events.

The declaration also states that the economic and social conditions of children must be improved. Notably, states must protect children from all forms of violence and discrimination. These considerations overlap with the declaration’s wider objectives, such as the right to self-determination, the right to self-government and the importance of free, prior and informed consent on matters that affect indigenous people.

At the heart of these documents is a simple message: children have rights. The best interests of the child must inform any decision that affects those rights. And the decision must be made in an impartial and transparent manner.