Senior lecturer in French at the University of Waikato, William Jennings, has been made a knight of the Ordre des Palmes académiques, a national order bestowed by the French government to around 100 distinguished academics each year.

The award was originally established in 1808 by the Emperor Napoleon as a decoration to honour eminent members of the University of Paris. The award changed into its current form in 1955 by then President René Coty.

Dr Jennings received his award and accompanying medal through the French embassy in New Zealand, which supports the teaching of French language and culture.

“The award came a bit out of the blue, as it wasn’t something I applied for and is usually given to academics in France; there haven’t been many given out in New Zealand,” says Dr Jennings.

“The diploma that accompanied the award stated that it is recognising services to French culture, which includes teaching in the community, promoting the language at schools and university as well as conducting research.”

Dr Jennings’ research has included looking at contact between French culture and other cultures, including those in the Pacific and in New Zealand, dating back to the 19th century.

He is currently focussing on French colonisation in the Caribbean, and he has nearly finished writing a book on a particular colony in the region, going back to the era of slavery.

French has always been a passion and skill for Dr Jennings, although he started university as a science student before realising his talents lay in French language and culture.

Dr Jennings has been at the University of Waikato for over 20 years, and has also taught community groups including 55+ groups and continuing education classes about aspects of French culture and language. 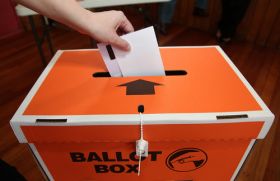 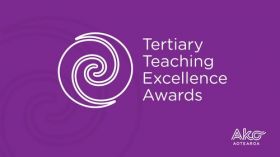