Behind the bars: Prison Violence

Prison violence. It explodes onto our televisions screens and newspaper front pages from time to time, both in New Zealand and around the globe.

“What usually brings prison violence to public attention is if there is a death in custody, or if there is a prison riot,” says Dr Armon Tamatea, from Te Kura Whatu Oho Mauri - School of Psychology.

“Waikeria had a notorious prison incident in December 2020 for six days; that was the headline story between Christmas and New Year. The previous riot that came close to that in terms of structural damage and endangered lives occurred at Springhill in 2013. That’s how rare events of that magnitude are.

“In terms of interpersonal assaults, those happen much more frequently unfortunately. Somewhere in the Corrections estate, on a daily basis someone will be assaulted, verbally assaulted, threatened or worse.” 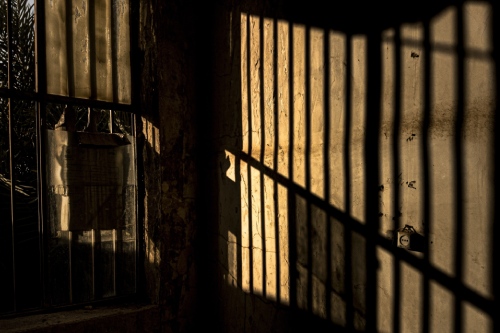 Dr Tamatea, a clinical psychologist and former advisor to the Department of Corrections, is leading a five-year research project into understanding and reducing violence in New Zealand prisons.

He says there are around 9000 violent incidents a year across our 18 prisons, and approximately 130 serious assaults a year - acts of physical violence which result in hospitalisation, require ongoing medical care or involve sexual assault where police charges have been laid.

However, the violence isn’t always prisoner-on-prisoner violence. The number of prison staff assaulted increased from 654 to 889 in the 2019-2020 year, according to Department of Corrections figures.

“These violent events have escalated over the last decade. Whether that is likely to be a result of improved reporting practices, or a rise in actual incidents, is not yet clear,” says Dr Tamatea.

His research project, Nga Tūmanakotanga - Turning the Tide on Prison Violence, aims to decrease the physical, sexual, psychological and structural harm, and improve safety and wellbeing, for those who reside and work in prison settings in Aotearoa New Zealand.

“People are putting a lot of hope in this kind of work, they don’t always feel safe in their current environment,” says Dr Tamatea.

The collaborative project involves a large team of academics and researchers from around the world, including Professor Devon Polaschek and Dr Lars Brabyn from the University of Waikato, and others from Christchurch, Scotland, Australia and Canada.

The $3.9 million project is funded by the Ministry of Business, Innovation and Employment (MBIE), and began in 2019.

The research draws on Indigenous knowledge (mātauranga Māori), and takes a holistic, broad and multilayered “ecological perspective” - considering individual, organisational, cultural, systemic and societal factors, as well as the role of the physical environment in influencing or inhibiting violence in prisons.

“Violence in prisons includes a range of behaviours such as assaults with weapons, pushing and shoving, punching, fights, to verbal abuse and threats. It’s not all stabbing and setting things on fire, but verbal abuse and psychological violence also fall into that definition as well.”

Dr Tamatea was drawn to his research topic through his previous experience working for Corrections, including advising on violent incidents at Paremoremo Prison and Mt Eden Prison.

“There were certainly insights which took us away from the usual story of laying sole blame on prisoners or prison staff, and looking more closely at the situation, context and environment. That’s led to the work I’m doing now”.

The first phase of the research, now two years in, has focused on understanding violence in prisons. The second stage will focus on prevention.

“Part of our approach has been talking with the men and women inside as well as the staff and management, and family on the outside, looking at policies and procedures, physical inspections of sites and getting a 360 degree sense of what is going on.”

“We are really careful with knowledge, because we are talking about a lot of sensitive stuff and there is a lot of trauma when it comes to violence,” says Dr Tamatea.

The majority of the researchers are clinical psychologists, adept at dealing with these situations.

“Manaakitanga is an important operating principle for us. It’s about ensuring that the people we are having a kōrero with are okay, and we reflect an ongoing concern for their wellbeing.”

Our School of Psychology is internationally renowned for many of its strands of research and teaching excellence.

One area of innovation at Waikato is the championing of Indigenous perspectives and a kaupapa Māori approach to clinical psychology research.

A kaupapa Māori approach puts the psychological wellbeing of Māori individuals and communities at the centre of the research, with the goal of supporting Māori to achieve their aspirations.

It embraces Māori cultural concepts such as manaakitanga (care and generosity) and te ao Māori (Māori world view), delivering research that is not only more holistic, but often more impactful for the individuals and communities at the heart of the research.

At Waikato, kaupapa Māori research in the School of Psychology is often led by the Maori and Psychology Research Unit (MPRU), which is currently engaged in a diversity of research projects.

“We follow Māori processes (tikanga), in terms of face-to-face engagement when carrying out interviews with staff and prisons,” says Dr Tamatea.

Interviews are not just a one-off, but part of an ongoing relationship between the researcher and interviewee. It means that they circle back post-interview to “touch base and keep that kōrero going”, says Dr Tamatea.

“After the interviews, we want to go back and run a brief presentation about the study [to prisoners and Corrections staff] to see if our analysis fits… We are going back to ask, ‘does this ring true for you guys?’.”

Koha (reciprocity) is observed, and interviewees are offered koha in recognition of their contribution to the research and for sharing their stories.

One of the aims for the project team is to improve outcomes for Māori, who make up a disproportionate percentage of the prison population (some 53.1% are Māori, followed by 30.2% European, 11.5% Pacific and a remaining 4.9% who are classified as Other).

“A lot of our people are inside. The oft quoted stat is that one in every two prisoners are Māori - and that’s been the case for decades now. Everyone inside represents someone’s son, cousin, husband, father or mother. That has implications for their whānau and communities,” says Dr Tamatea.

“At the very least, one thing I want to be able to achieve with this work, is we can support and facilitate some ways of improving safety within prisons, and prioritise localised knowledge as well.”

The researchers are consulting with local iwi and rūnanga (tribal councils) and the kaiwhakahaere (managers/directors) and kaiwhakamana (advocacy workers) at particular jails, along with gang communities, prison workers’ unions, the New Zealand Police and other stakeholders. 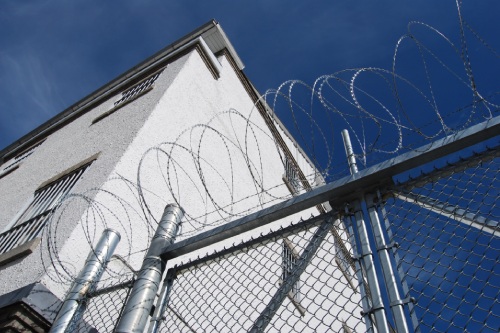 Looking at the prison environment

In the initial stages, a statistician and geographer analysed anonymised data provided by Corrections to see if there were recurring themes around why prison violence occurs.

Environmental factors and prison design were considered, including access to nature and outdoor environments, modern versus old, high security versus low security, and open grill doors versus closed doors, and privacy versus accessibility.

“Cell doors seem to be a common place [for violence],” says Dr Tamatea. “Something may happen the night before, and often, particularly for those who are quite impulsive, when the door opens to get their breakfast in the mornings, it could be the first warm body that comes in the door is the one who may be assaulted or abused.”

Another stream of research has been looking at tensions between staff and prisoners, or within the prison community, and how those tensions can often precede a violent incident.

“One thing we have been exploring recently is to understand how people in prisons can sense that something [violent] is going to happen. Staff might see certain groups starting to collect and occupy certain spaces in a yard, not mingling as freely. Staff see that as a warning sign and something is probably going down, and get on alert.

“Among prisoners, word will get around. When they see certain guys preparing, whether it’s doing up their shoe laces an extra bit tighter, or working out a lot more, being on ‘standby mode’ - these are all signs prisoners may pick up on. People are preparing for something.

“Some of the violence is quite casual. You are dealing with people who are at the pointy end of society with regard to poverty, unemployment, discrimination, and various problems in living, and violence is often a direct and ready means of dealing with those issues.

“As far as fights between prisoners go, they often don't go on for long. If a fight lasts more than a minute, it is a long fight. They tend to be quite explosive and quite short lived. For some, a fight is a direct response to resolving tensions.”

This next stage of research will see the team embedded in five prisons in different regions, building relationships with the prisoners and staff at each site, along with local iwi.

“We are looking to co-design some community development projects which will involve staff and paihere (prisoners) at each site, and input from the community with the aim of improving safety at those sites, especially where violence is problematic.”

The outcomes of the research will be used by Corrections and the Police to help predict violence in prisons, develop prevention and intervention strategies in partnership with the prison-based gang community, and a rethink on prison design and environment.

There won’t be a one-size-fits-all solution to improving prison safety in New Zealand, says Dr Tamatea.

“Site A will have a different set of issues than site B, and site C and D and E as well.

“It’s about recognising what is going on at each site and co-designing interventions and community development projects with the men and women who live and work at each one.” 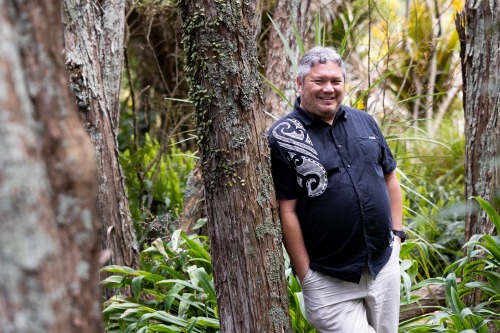 Born in Gisborne and raised in the Bay of Plenty, he moved to Hamilton in the 1990s to study at Waikato University.

After completing his studies, Dr Tamatea worked at Corrections for more than a decade as a Clinical Psychologist and Senior Research Advisor. He joined the University in 2013, and teaches in the Post-graduate Diploma of Clinical Psychology programme.

“I left the field to come to university to give back to the profession,” says Dr Tamatea. “I’ve seen the benefits of applied psychology in a number of areas, particularly the criminal justice space. It’s been quite a privilege to come back, as an educator and researcher, and help support the next generation of clinical psychologists.”

Waikato University’s clinical psychology programme began in the 1970s, and is well regarded.

“A lot of great people have come through [the programme] over the decades, and have gone on to do great things,” says Dr Tamatea.

A registered clinical psychologist, Dr Tamatea is a member of the New Zealand Psychological Society and former president of the Australian and New Zealand Association for the Treatment of Sexual Abuse.

Behind the bars: Prison Violence is licensed under a Creative Commons Attribution 4.0 International License.