For nearly 50 years spent in public service, Sir Jerry Mateparae has deservedly received many awards and accolades. But among the military honours, national distinctions, and a knighthood, stands a person who simply wants to help improve the lives of New Zealanders.

It has been a long time between articles, and we were fortunate to catch up with the 2008 Distinguished Alumnus to rehash some history and find out what he’s doing in “semi-retirement.”

Much has been written about Sir Jerry Mateparae’s distinguished army career. From accidentally joining the army in 1972 (he went with a friend who was going to enlist but walked away with the papers himself), he served in both battalions of Royal New Zealand Infantry Regiment and the New Zealand Special Air Service. From 1994 to 1995 he was Chief Observer in Southern Lebanon with the United Nations Truce Supervision Organisation, commanded the peace monitoring group on Bougainville in 1998, and was later Joint Commander for New Zealand forces attached to the UN’s transitional administration in East Timor.

In 2002 he was Chief of Army, and in 2006 was promoted to Lieutenant General and Chief of Defence Force, a role he held until January 2011. It was during his time as Chief of Defence Force Sir Jerry received a Distinguished Alumni Award from the University of Waikato, in 2008, in recognition of his contribution to the military and wider New Zealand community.

“Receiving a distinguished alumni award was certainly humbling, and I have watched with great interest to see who else has been awarded over the years,” says Sir Jerry.

Sir Jerry completed a Master of Arts with first class honours, majoring in international relations, from Waikato in 1995.

“At the time the army was focusing on education for its officers, and on some good advice from colleagues I jumped at the opportunity to work and study at the same time,” says Sir Jerry, who felt the opportunity to study was a welcome one for many other officers.

“Here is a time when the army, and defence force in general, is in a period of sustained peace, and the mind frame of any young officer at the time is that they want to go out and ‘try their business’, but in the absence of being able to do that, study was the way to put our work – why the defence force exists – into context and perspective.

“With it, you start to think about how we can make the circumstances we work in better, and if you have a sense of wanting to make an improvement while in the army, you’ll have a better experience; your work is in perspective and you know your business.”

Sir Jerry has fond memories of his time at Waikato. He recalls the history and political science lectures of Robert Ayson, now professor of strategic studies at Victoria University, Laurie Barber and Ron Smith.

“Ron would say I probably wasn’t the best student, but he challenged me, which I enjoyed. They all had a great way of engaging with students; they were fantastic teachers.”

Sir Jerry’s post-defence force life is well-documented. On 31 August 2011 he was sworn in as New Zealand’s 20th Governor-General, a five-year term that ended in 2016.

From 2017 to 2020 he was based in London as New Zealand’s 27th High Commissioner to the United Kingdom. Since his return home, Sir Jerry has focused on giving back and helping New Zealanders through his various patronages, which have included the Christchurch Charity Hospital, One Mother to Another, Land Search and Rescue, the New Zealand Institute for Strategic Leadership, and many more.

In June 2020 he was appointed Chair of the Healthier Lives – He Oranga Hauora National Science Challenge, which is focused on improving the lives of those with non-communicable diseases, something Sir Jerry is passionate about supporting.

“I’ve had some wonderful opportunities in my life, which have also presented many other opportunities to explore. Now in my ‘semi-retirement’, I suppose you could call it, I want to do the things that interest me, and that’s largely activities that will support and help the lives of New Zealanders.”

He is also impressed by the University of Waikato’s commitment to helping remove barriers to education in its communities.

“Just before I left the Governor-General’s office I asked for a report of what our universities were doing – where they were excelling and doing well at. What stood out to me about Waikato was the work it was doing to support students from the regions into coming to university; putting on a bus service, and providing the tools and support they needed to thrive – that really impressed me.” 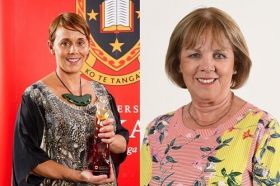 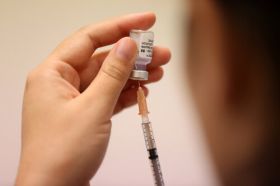