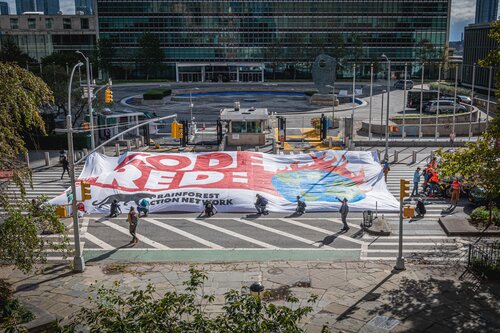 As the UN climate summit in Glasgow kicks off on Sunday, it marks the deadline for countries to make more ambitious pledges to reduce greenhouse gas emissions.

The meeting is the 26th Conference of the Parties (COP26) to the UN Framework Convention on Climate Change and is being heralded as the last best chance to avoid devastating temperature rise that would endanger billions of people and disrupt the planet’s life-support systems.

New Zealand will be represented by the climate minister and Green Party co-leader, James Shaw, along with a slimmed-down team of diplomats. Shaw, who described climate change as the “most significant threat that we face for decades to come”, will take part in negotiations aimed at achieving global net zero, protecting communities and natural habitats and mobilising finance to adequately respond to the climate crisis.

This is the time for New Zealand to commit to delivering on its fair share of what is necessary to avoid runaway global warming.

To understand why COP26 is so important we need to look back to a previous summit, COP21 in 2015, which resulted in the Paris Agreement. Countries agreed to work together to keep global warming well below 2℃ and to aim for no more than 1.5℃.

They also agreed to publish plans to show how much they would reduce emissions and to update these pledges every five years — which is what should be happening at the Glasgow summit. Collectively, current climate pledges (known as Nationally Determined Contributions or NDCs) continue to fall a long way short of limiting global warming to 1.5℃.

Many countries have failed to keep pace with what their climate pledges promised. The window to limit temperature rise to 1.5℃ is closing fast.

On our current trajectory, global temperature is likely to increase well above the 2℃ upper limit of the Paris Agreement, according to a UN report released last week.

New Zealand has agreed to take ambitious action to meet the 1.5℃ target. But its current pledge (to bring emissions to 30% below 2005 levels by 2030) will not achieve this.

If all countries followed New Zealand’s present commitments, global warming would reach up to 3℃. The government has committed to increase New Zealand’s NDC — after receiving advice from the Climate Change Commission that its current pledge is not consistent with the 1.5℃ goal — but has not yet outlined a figure.

Read more:
A successful COP26 is essential for Earth's future. Here's what needs to go right

The effects of the growing climate crisis are already present in our corner of the world. Aotearoa is becoming more familiar with weather extremes, flooding and prolonged drought.

Many of our low-lying Pacific island neighbours are particularly vulnerable to climate change. Some are already looking to New Zealand to take stronger regional leadership on climate change. A perception of New Zealand as a potential safe haven and “Pacific lifeboat” reminds us of the coming challenge of climate refugees, should global warming exceed a safe upper limit.

More work to do

New Zealand’s emissions have continued to rise since the Paris summit but our record on climate action has some positives. The Climate Change Response (Zero Carbon) Amendment Act, enacted in 2019, requires greenhouse gas emissions (other than biogenic methane) to reach net zero by 2050. Only a handful of other countries have enshrined such a goal in law.

The act also established the Climate Change Commission, which has already provided independent advice to the government on emissions budgets and an emissions reduction plan for 2022-2025. But much more needs to be done, and quickly, if we are to meet our international commitments and fulfil our domestic targets.

Climate Change Commission recommendations around the rapid adoption of electric vehicles, reduction in animal stocking rates and changing land use towards forestry and horticulture provide some key places to focus on.

As COP26 begins, New Zealand should announce a more ambitious climate pledge, one stringent enough to meet the 1.5℃ target. Announcing a sufficiently bold NDC at COP26 will provide much-needed leadership and encouragement for other countries to follow suit.

It will also act as a clear signpost for what our domestic emissions policies are aiming for, by when and why. But, no matter what New Zealand’s revised NDC says, much work will remain to ensure we make good on our commitments and give the climate crisis the attention it demands.