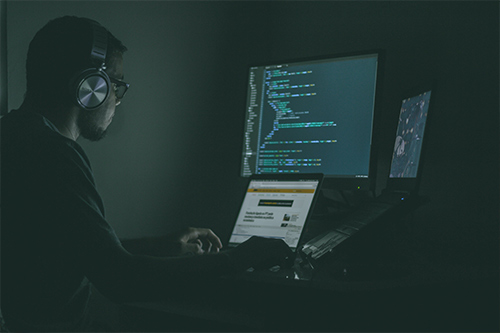 Cybercrime is a growing underground industry. The returns are great, the risks are low. It’s costing companies and countries millions in ransoms each year.

At the University of Waikato, computer scientists – lecturers, researchers and students – are taking a multipronged approach to fighting cybercrime.

Earlier this year a Waikato company launched a cybersecurity system to protect vital infrastructure from hackers.

First Watch, a spinoff from WaikatoLink, the University of Waikato’s commercialisation arm, has developed systems to protect the control systems of infrastructure from cyberattacks, including wastewater treatment, fuel and gas lines, food and other processing plants, and manufacturing facilities.

After initial pre-seed funding through WaikatoLink and commercialisation partner KiwiNet, the company has had two rounds of equity funding totalling $6.7 million.

First Watch’s technology is in operation with two industrial plants and other installations are underway.

University of Waikato Director of Research and Enterprise Dr Simon Lovatt says while most cybersecurity tools manage the periphery, like a firewall on your personal computer, First Watch was designed to work at the core of an industrial control system creating a zero-trust environment, scanning for any data that should not be on the system and refusing to respond to it.

The University of Waikato has been a leader in cybersecurity for a number of years.

“Cybercrime is now more lucrative globally than the drug trade,” says Dr Vimal Kumar, who leads CROW. “Underground companies for cybercrime are set up like legitimate firms, even with HR and finance departments, but there’s a global shortage of cybersecurity experts to combat them,” he says.

The hope is more people will sign up to study computer science and help alleviate the worldwide shortage of cyber specialists, says Dr Kumar. “And through the cybersecurity challenge, we hope to create a more aware and cyber-ready generation in the face of the growing cybersecurity threats.”

Coming at cybersecurity from a different angle is Dr Joe Burton from the University of Waikato. He’s a political scientist who’s worked in the cybersecurity field for more than a decade and is now involved in cyber diplomacy.

Cyber diplomacy is an emerging field that draws on a range of disciplines including computer science, political science, law and behavioural science.

Dr Burton is part of an international cyber diplomacy network involving seven universities and 21 researchers from around the world. Called the Jean Monnet Network on Cyber Diplomacy (CYDIPLO), it was launched earlier this year and seen as a significant step to combat cybercrime and to develop rules around nations’ behaviour on the internet.

“Tackling this challenge requires a diplomatic process and countries coming together to negotiate and mediate these practices and come up with solutions,” says Dr Burton.

This experienced group is tackling issues such as cyber diplomacy and international relations, legal perspectives, psychology, technology and gender.

Dr Burton says the University of Waikato’s involvement in the network, the only New Zealand university involved, underscores the internationally significant work its academic staff and researchers do in cybersecurity.

Waikato cybersecurity researchers have strong international connections with other research institutions, as well as industry and government including the National Cyber Policy Office and INTERPOL.

Cybersecurity: staying ahead of the hackers is licensed under a Creative Commons Attribution 4.0 International License.