How far should compulsory proof of vaccination go — and what rights do New Zealanders have? 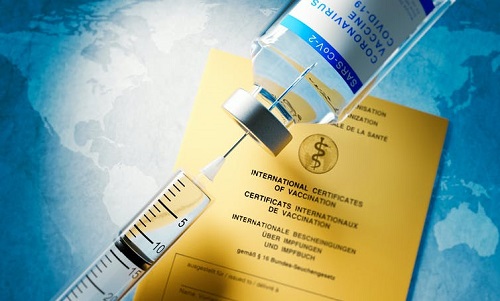 With greater numbers of people being vaccinated and countries looking to reopen borders safely, the introduction of some form of vaccine passport seems increasingly likely.

For New Zealand, where the elimination strategy has been largely successful but which remains vulnerable to border breaches, proof of vaccination may well be a condition of entry.

Health Minister Chris Hipkins has said this would be “almost an inevitability” within the next year. Air New Zealand is one of a number of airlines already trialling the IATA travel pass initiative.

Some countries are also requiring “health passes”, mandatory proof of vaccination or a negative test, including for indoor events (such as sports games and concerts) and hospitality — triggering anti-restriction protests in the process.

In Britain, the Royal Society has warned of the potential of vaccine passports to restrict the freedoms of some individuals, or to create a distinction between individuals based on health status.

Furthermore, vaccine passports use sensitive personal information, and recent cyber attacks on health sectors in New Zealand and overseas are a reminder that data security is not always guaranteed.

We should remember, however, that freedom of movement across borders has been routinely regulated throughout history. Modern  passports for international travel have been in use for over 100 years.

Proof of vaccination is nothing new, either. Some countries have required certificates for yellow fever vaccination for a number of decades, and the World Health Organization’s “yellow card” vaccination document is familiar to many international travellers.

In New Zealand, immunisation registers document vaccination records for public health purposes. And in Australia, a “No Jab No Play/No Jab No Pay” policy governs eligibility for child welfare payments.

Rights and freedoms in a public health emergency

The right to freedom of movement is recognised in the Universal Declaration on Human Rights and the International Covenant on Civil and Political Rights, as well as in other core UN human rights treaties that New Zealand has accepted.

The New Zealand Bill of Rights Act also includes the right to freedom of movement.

But border closures and lockdowns clearly demonstrate that this right can be limited, although this “must be necessary and have a legitimate aim, be proportionate and be based in law”.

In reality, any requirement that citizens use vaccine passports or passes will involve balancing various rights.

Read more:
Before we introduce vaccine passports we need to know how they'll be used

Limiting the right to freedom of movement can be justified on the grounds of
public health. The International Covenant on Economic, Social and Cultural Rights actually requires states to prevent, treat and control epidemic diseases as one means of ensuring the right to the highest attainable standard of health.

Because the New Zealand Bill of Rights Act also permits demonstrably justifiable restrictions on the right to freedom of movement, the various COVID-19 measures adopted by the government under the Health Act had to meet that requirement.

Read more:
How would digital COVID vaccine passports work? And what's stopping people from faking them?

And Te Tiriti o Waitangi underpins the principle of active protection that “requires the Crown to act, to the fullest extent practicable, to achieve equitable health outcomes for Māori”.

While the New Zealand Bill of Rights Act does not contain a right to privacy, one of aims of the Privacy Act is to give effect to international obligations and standards, including the International Covenant on Civil and Political Rights.

No grounds for discrimination

Any initiatives to introduce vaccine passports or health passes must be underpinned by the right to be free from discrimination, as provided for in international human rights law, as well as the New Zealand Bill of Rights Act. The Human Rights Act prohibits discrimination on the basis of physical illness.

These requirements extend to the private sector, with particular rules at play around the provision of goods and services and access by the public to places, vehicles and facilities — an exception to the latter being the risk of infecting others with an illness.

But it’s not only a question of avoiding discrimination. Just as there have been questions about equitable access to COVID-19 vaccines themselves, universal access to the digital technology underpinning passports or passes presents a challenge.

Ultimately, it will be a balancing act, not a case of absolutes.

Digital vaccination certificates will help in the effort to reopen borders and protect public health. But there are significant implications for our rights as individuals. Careful and transparent decisions will be crucial.