It is difficult to imagine anyone in New Zealand who is not aware of these key Covid-19 messages: Covid kills. Stay home. Save lives. And Covid does indeed kill - plenty of international evidence, and Covid deaths on our own home turf,  leaves no doubt of that fact.

But Government responses to a health risk must always weigh competing threats to health and wellbeing. And so the question lingers: to what extent has our national Covid response been in proportion to the actual threat? And what are the less publicised - but no less significant - other consequences of our ‘safety at all costs’ approach?

In 1957, the H2N2 virus (the “Asian flu”) spread around the world, causing somewhere between 2-4 million deaths. This pandemic shows up clearly in New Zealand’s mortality history: the 1957 death rate was 33 per 100,000 higher than the year before, against a post-war trend of death rates declining. That higher mortality rate would today -  if scaled to our current population - equate to about 1700 excess deaths over a year.

Given our current approach of daily Covid updates, it may come as a surprise to hear that there was little official reaction in New Zealand to those earlier pandemics. An official government history lists the main events for 1968 as the Wahine sinking and the Inangahua earthquake. For 1957, it is the Scott Base founding, and the first novel by Janet Frame. Neither pandemic merits a mention.

Likewise, in economic terms it is hard to see these pandemics in the aggregate data. New Zealand’s real GDP rose at an annual rate of over five percent in 1957, and carried on rising in 1958. In 1968 there was almost no change from the year before, and then almost a ten percent rise in 1969.

A future historian describing New Zealand in 2020 and 2021 will have a dramatically different story to tell. They will report that daily life was dominated by Covid, both in the media and at a personal level.

The impacts, they will note, ranged from disruptive recurrent lockdowns to smaller behavioural changes such as wearing masks and scanning into different locations. Economic effects will be easily detectable, with GDP now about five percent below where it was forecasted to be, pre-Covid.

These responses to a virus whose impact on mortality is akin to the 1957 and 1968 pandemics may well puzzle future historians. Why did we respond so differently in 2020? Why was lockdown used as a primary tool, when the prior view was that the negative consequences of large-scale quarantine are so extreme that this mitigation measure should be eliminated from serious consideration?

An idea to discard immediately is that our response to Covid - especially lockdowns - is holding mortality rates to the level of the 1957 and 1968 pandemic, and that we would otherwise see death rates more like the 1918 pandemic. Firstly, Covid is far less deadly than initially feared: the Bulletin of the WHO reports an estimated Infection-Fatality Rate (IFR) of 0.23%, summarizing outcomes from many countries. For those with lower than average Covid death rates, which includes New Zealand, the median IFR is just 0.09%,  equivalent to one death for every 1100 infections. Second, Covid death rates differ across countries and within countries, in ways that are independent of lockdowns and other government responses.

Instead, a future historian will likely conclude that part of the Covid response was a mania or panic, not proportionate to the threat posed. There are four reasons for this claim:

Raising such questions is a provocative exercise. There are few things we want to avoid more than death. But we must never lose sight of the bigger picture; and hindsight tells us that with a rational, not a panicked, response to Covid, we would have seen more prominent discussion about the wider tradeoffs in the public discourse around our national response.  I hope that as we continue to navigate our way through the next stages of this pandemic, we will not be afraid to countenance such discussions.

Professor John Gibson is an Economist at the University of Waikato Management School. His full presentation on this research is available here.

Opinion: ‘safety at all costs’ - costs lives is licensed under a Creative Commons Attribution 4.0 International License. 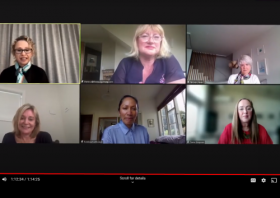 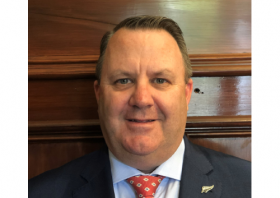