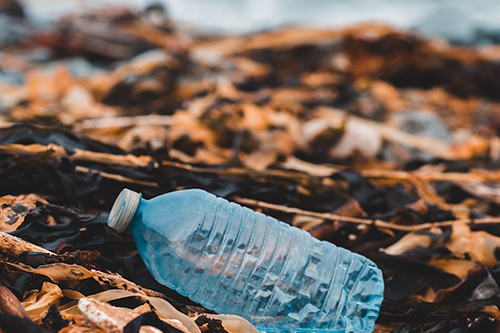 New Zealand research paints a grim picture of the impact plastic is having on the global food chain.

The sediment and shellfish samples taken by Master of Science student Anita Lewis, including tuatua, cockles and wedge shells, were full of tiny plastic particles that ranged in size from five millimetres in diameter down to 150 microns, which are not visible to the naked eye.

Samples were taken from the South Pacific Ocean along 180km of New Zealand coastline, from Tauranga Harbour to Ōpōtiki. Up to 11,000 microplastic particles were found per square metre at the Omanu Sewage Outfall.

Anita, who received a $23,000 scholarship to fund her research in ecology and biodiversity, says kaimoana (seafood) gathering in New Zealand is common practice, and this research is showing microplastics are now bioaccumulating in the food chain.

“We are dealing with a massive global problem here. Plastic is everywhere,” Anita says.

“Sadly, we don’t have a full picture of the impact it is having on the global marine environment. New Zealand likely fares better than many other places abroad, particularly Indonesia and other parts of Asia where large pieces of plastic float in the ocean.”

However, she says there is some good news, with findings of the study, which is one of the first of its kind globally, already having a positive impact on people’s thinking and what they are putting back into the environment.

Earlier this year, the New Zealand Government announced from late 2022 PVC meat trays, polystyrene takeaway packaging and degradable plastic products will not be allowed. By mid-2025 all other PVC and polystyrene food and drink packaging will be banned.

While this is a positive step, Anita says there are many ways in which microplastic particles can end up in the environment, and the choices one person makes will have an impact.

A plastic bottle in the environment for instance will in time break down into microplastic particles and end up in our water.

The highest density of microplastic particles (up to 11087.9 per cubic metre) were observed at sites that were close to municipal outfalls and populated areas, which indicates that many microplastics are entering the marine environment via treated wastewater.

“While filtering large pieces of plastic, the membranes in the treatment plants also act like abrasives on small microplastics, making them even smaller and turning them into nano-plastics as they go through the system,” she says

“Another challenge is plastic clothing fibres, which are not filtered out in wastewater treatment plants. People are often not aware that most clothing fabrics are made of plastic, particularly the more affordable options that we see at major retail shops worldwide.

“There are sustainable, biodegradable clothing options on the market, such as New Zealand merino wool, but these products are costly and not an option for everyone,” she adds.

She says using different filters in household washing machines and investigating different types of membranes for use in wastewater treatment plants would help to filter particles before they are discharged back into the marine environment.

“Ultra-filtration comes with higher costs and extra maintenance though, so while water providers are aware of this issue in New Zealand, they are currently turning a blind eye to the issue.”

Anita says her study is one of only three pieces of research undertaken on microplastics in New Zealand, and more information is needed.

“The full impact on human health hasn’t really been studied, so there are so many gaps still. We need to continue investigating in global research to become more aware of the impact of microplastics.”