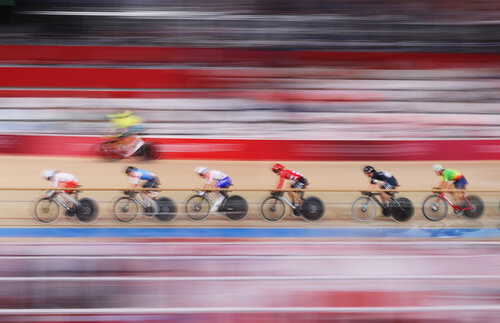 The sudden death this week of track cyclist Olivia Podmore has rocked New Zealand’s high-performance sporting and cycling communities and raised urgent questions about the culture of elite sport.

The tragedy has prompted past and current athletes, parents and the public to call for changes across a system that is seen by many to prioritise performance over the health and well-being of athletes.

Importantly, high-performance sport in New Zealand mirrors many international systems, and these issues are widespread across countries and sports.

Days before Podmore’s death, the Rio Olympic cyclist outlined the pressures of high-performance sport in a social media post. Her concerns echoed decades of sociological and psychological research detailing the extreme pressures on athletes and the lack of meaningful action to reform those destructive cultures.

Mental health in elite sport has been an issue for a long time. But the pressure on modern athletes is arguably more intense than ever, with increased salaries, media (and social media) visibility and heightened public scrutiny.

Tennis champion Naomi Osaka and multi-medal-winning gymnast Simone Biles have both been forced to make difficult decisions to prioritise their own well-being in sporting environments that value them as athletes rather than human beings.

Recent research by High Performance Sport New Zealand (HPSNZ) has shown that more that one in five athletes experience mental health challenges during their time as elite performers. Even more do during their transition out of elite sport.

There has been case after case of elite athletes walking away from their sport because of the pressure, most recently world champion rower Zoe McBride. She retired weeks before Tokyo because of the toll the sport was taking on her mental and physical health.

Women on an uneven playing field

The pressures on sportswomen are possibly more severe than on men. As well as expectations from sports organisations, coaches, the public and social media to bring home medals, they are also expected to conform to particular ideals of femininity, beauty and success.

Our survey of 219 elite and developing New Zealand sportswomen found 79% felt pressure by their sport to alter their physical appearance to conform to gender ideals. The impact on their overall health represents a double burden on many sportswomen.

Read more:
Toxic sport cultures are damaging female athletes' health, but we can do better

Furthermore, for decades women’s sport has received less funding, resourcing and research, meaning organisations are not always well supported to manage those pressures. Despite initiatives to improve opportunities for women in sport, chronic inequities mean the infrastructure around female athletes remains inadequate.

The HPSNZ working group focused on building healthy environments for sportswomen (WHISPA) is committed to improving conditions for female athletes. But for greater impact the initiative requires sports organisations to prioritise health and make tangible changes.

In each of the reports about those organisations, athletes describe a culture of fear that prevents them speaking out about problems and vulnerabilities.

While these reports and subsequent media coverage typically focus on individual cases, it is time to connect the dots and acknowledge the wider crisis — the elite sport model is broken and it has been breaking athletes for many years.

Read more:
Simone Biles and Naomi Osaka put the focus on the importance of mental performance for Olympic athletes

The prioritisation of performance over well-being has come at great cost. The tragic loss of Olivia Podmore must be a watershed moment, a catalyst for significant cultural change.

The challenge is bigger than “treating” individual athletes as if they are isolated cases. A fundamental cultural shift is needed in the priorities and value systems of high-performance sport.

The lust for gold

A “win at all costs” mentality has become normalised to the extent coaches often fail to acknowledge they are part of the problem. Athletes learn from a young age that to be the real thing they must buy into a sport ethic that involves personal sacrifice for the game, suppression of vulnerability and acceptance of extreme discipline and surveillance.

This “whatever it takes” attitude compromises the health and well-being of athletes, but in many countries (including Aotearoa) funding is dependent on international podium results.

While “performance measurement” has been promoted as the best way to generate value from public funding, this flows through the system to the performance pressure felt by coaches and ultimately athletes.

It leaves little room for coaches or athletes to express doubts, worry or vulnerability. There is always someone waiting to take their spot on the team.

The priority shift is long overdue and sports organisations must be held accountable if they fail to care for the health of their athletes.

However, international efforts to implement safe systems for athlete mental health, welfare and protection have had mixed results, highlighting the challenges of creating genuine cultural change.

Read more:
Tokyo 2020: Simone Biles' withdrawal is a sign of resilience and strength

We can only hope those working with athletes – from development to elite levels – are also willing to take responsibility and commit to a process of rethinking deeply ingrained practices and value systems.

High performance and well-being are not mutually exclusive. Healthy, happy and flourishing athletes will stay in sport longer, come back from injury and illness faster and ultimately perform better. They will also be more likely to give back to the sport in retirement.

For all these reasons it is worth committing to new models of elite sport.

Holly Thorpe, Professor in Sociology of Sport and Physical Culture, University of Waikato