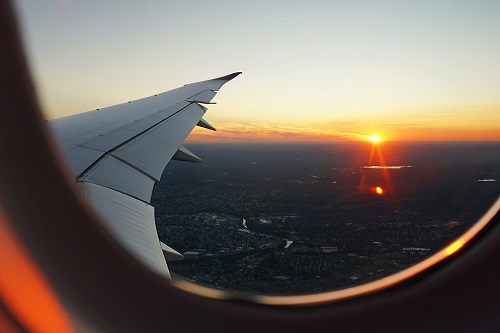 Australian prime minister Scott Morrison’s flying visit to Queenstown this weekend will be unlikely to include jet boating or bungee jumping. But, given what’s up for discussion, you might still call it a form of adventure tourism.

In fact, Morrison’s first overseas trip of 2021 takes place against a background of strained bilateral relations and wider international tension.

Despite his assertion that “Australia and New Zealand are family”, the vexed questions of dealing with China and trans-Tasman migration hang over his meeting with Jacinda Ardern.

While the two issues may seem quite separate, in the world of foreign affairs all things are connected. Resolving one could quite possibly help resolve the other — or at least go some way to improving the relationship.

China vs Australia at the WTO

It’s no secret Australia has problems with China, not least due to recent rhetoric in Canberra about the possibility of a war over Taiwan. For its part, New Zealand has been offside with its Five Eyes security partners by appearing to prioritise the trade relationship with China over security and human rights concerns.

Behind those headlines, however, lies a longer term and highly complex trade battle between Australia and China that is coming to a head at the World Trade Organisation (WTO).

Read more:
What's at stake for NZ in Australia’s case against China at the World Trade Organisation?

The immediate issue is China’s imposition of tariffs on Australian barley, with wine exports next in line for resolution. In late April, China refused Australia’s request for a three-person independent panel to adjudicate, so the dispute has moved to the WTO’s Disputes Settlement Body (DSB).

The DSB meets today (May 28), just days before Morrison arrives in New Zealand. While the eventual process may play out over a year (depending on appeals), the question right now is where New Zealand stands.

Like it or not, New Zealand cannot avoid being involved. As foreign minister Nanaia Mahuta warned recently:

We cannot ignore, obviously, what’s happening in Australia with their relationship with China. And if they are close to an eye of the storm or in the eye of the storm, we’ve got to legitimately ask ourselves — it may only be a matter of time before the storm gets closer to us.

Australia would undoubtedly prefer New Zealand to become involved as an official third party to the dispute process. China will likely want the opposite.

The diplomatic question, then, is what could New Zealand ask for in return for supporting Australia at the WTO? And this is where the issue of trans-Tasman migration could come into play.

Read more:
Taking China to the World Trade Organisation plants a seed. It won't be a quick or easy win

We can trace the current impasse back to the original 1973 Trans-Tasman Travel Arrangement that allowed for the free movement of citizens between the two countries.

For a long time (from 1840 to the late 1960s) more Australians came to New Zealand than vice versa. That reversed markedly later on, but since 2015 migration flows have been roughly neutral.

The most recent pre-COVID figures show 31,300 people migrated from New Zealand to Australia in the year ended June 2019, while 27,600 migrated the other way. Kiwis now make up only a small fraction of net migration into Australia.

Despite this, Australian policy reflects that earlier time when hundreds of thousands of New Zealanders moved across the Tasman. From 2001, Australia began tightening its social security and benefit system for New Zealanders.

In 2016, Australia began prioritising skilled immigrants for permanent residency and closing off pathways to citizenship for others.

Perhaps most contentiously, in 2014 Australia amended its migration laws and ramped up deportation of non-citizens with criminal convictions under section 501 of its Immigration Act. From early 2015 to mid-2018, about 1,300 New Zealand ex-prisoners had been returned.

After a brief interlude, things reached something of a nadir during the height of COVID-19 restrictions when deportations resumed, with Australia’s then Home Affairs Minister Peter Dutton likening the process to “taking the trash out”.

On top of this, Australia cancelled the passports of dual citizens suspected of links to designated terrorist organisations, meaning they became New Zealand’s problem.

A compromise on deportations

Meanwhile, New Zealand remained committed to the spirit of the original 1973 agreement, treating Australians more or less equally on residency and benefits. While New Zealand’s deportation rules are similar to Australia’s, Australians don’t feature much among the 5,972 people deported from New Zealand between 2011 and 2020.

However, if New Zealand wants a fairer deal from Australia on welfare and access to citizenship, it will need to give some ground too. A starting point would be agreeing to a prisoner exchange agreement, rather than simply reacting angrily to 501 deportations.

Read more:
New Zealanders have a right to be angry when Australia deports a 15-year-old

Part of the problem is that New Zealanders are over-represented in Australian jails (1,048 inmates, or 3% of the total prisoner population). There were only about 36 Australians in New Zealand jails (albeit including the Christchurch mosque terrorist) out of about 320 foreign inmates.

A mature compromise might be an arrangement whereby criminals sentenced above a certain threshold are sent back to their home country to serve their time. Australia’s International Transfer of Prisoners Act already allows for the transfer of prisoners with various other countries.

So far, however, New Zealand has shown little interest in such agreements, and this needs to change. By meeting Australia in the middle, New Zealand could open a broader dialogue over reciprocal pathways to citizenship and welfare treatment.

New Zealand should back Australia

While it can’t be a quid pro quo, an improved migration situation might help win New Zealand’s support at the WTO. Both countries need to compromise.

New Zealand will, of course, need to consider the merits of the WTO case and whether Chinese claims of Australia dumping barley in its market are valid.

But if New Zealand does stand for a robust, multilateral, rules-based trading system, it should join the WTO process as a third party. At a minimum, it should not be silent.

To speak out might mean stepping away from its carefully cultivated neutrality where China is concerned. And China will almost certainly not approve. But for two countries with such a long shared history, it is surely the right thing to do.