Dr Joe Burton from the University of Waikato is participating this week in the launch of an international cyber diplomacy network involving seven universities from around the world.

The Jean Monnet Network on Cyber Diplomacy launches today [Thursday March 25] via an online event hosted by Leiden University, and marks a significant step in combating cybercrime and developing rules around nations’ behaviour on the Internet.

“This is an area of global strategic importance,” says Dr Burton, who has been working in the field of cyber security for 10 years.

Cyber Diplomacy is an emerging field which draws on a range of disciplines including computer science, political science, law and behavioural science.

“There have been increased concerns around cyber security internationally over the past few years,” says Dr Burton. “There were cyber-attacks against the New Zealand stock exchange last year and, globally, there is an increase in attempts to steal data and other online information by both state and non-state actors nation states as part of their strategies.

“Tackling this challenge requires a diplomatic process and countries coming together to negotiate and mediate these practices and come up with solutions.”

The two-day event aims to bring academics and researchers working in the cyber diplomacy field together to collaborate, ask questions, discuss and consider a range of perspectives on the issue.

Round table discussions will tackle topics such as cyber diplomacy and international relations, legal perspectives, psychology, technology and gender.

Dr Burton says questions include: “How should responsible states behave in cyberspace? What is okay and not okay on the Internet? What are the rules, and what laws can we develop that can apply?

The programme will also include talks from those actively involved in cyber diplomacy and leading academics in the field. Day one of the workshop will be open to the public via Zoom.  Day two will be for network researchers only.

Burton is moderating a panel on technical perspectives on cyber diplomacy, and other University of Waikato staff involved in the network are Vimal Kumar (CROW: Cybersecurity Researchers of Waikato), Andelka Phillips (Law) and Michael Dizon (Law). Kumar will be speaking on the technical panel and Dizon is contributing to the law panel.

The network is a three-year programme funded by the European Union, and will include a series of workshops, stakeholder events in Tokyo and Washington DC and various research activities.

Burton says the University of Waikato’s involvement in the network underscores the internationally significant work its academic staff and researchers do in cyber security.

“New Zealand and the University of Waikato has a strong track record in cyber security internationally,” says Burton.

“The University of Waikato was the first in New Zealand to introduce a Master of Cyber Security. The CROW (Cybersecurity Researchers of Waikato) group and the Aotearoa New Zealand Institute for Security and Crime Science (NZISCS) are internationally regarded.

“We continue to be a leader nationally in this space, with research projects and grants.”

Those who would like to register for the first day of free online public workshops can do so with this link (note the time zone difference; the event begins at 9.30pm NZ time March 25).

Dr Joe Burton is a senior lecturer in the Political Science and Public Policy department at the University of Waikato and the Aotearoa New Zealand Institute for Security and Crime Science (NZISCS) which operates from the Waikato campus.  He lectures on cyber security, and the intersection between international politics, transnational security and technology. 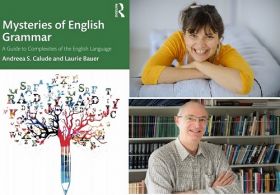