University of Waikato scientists have today received a boost in the battle against antimicrobial-resistant germs. Dr Adele Williamson and Dr William Kelton, both in collaboration with Dr Joanna Hicks, have been awarded a total of $300,000 over two years by the Health Research Council to find new ways to fight bacteria which are immune to existing medicines.

Antimicrobial resistance is one of the greatest threats to human health today. When disease-causing bacteria and viruses are exposed to medicines over time, they can mutate to protect themselves. These superbugs then become very difficult to treat, leading to severe illness and even death. It is estimated that deaths related to antimicrobial resistance will equal those caused by cancer by 2050.

Superbugs also have big economic implications. Recent modeling by the World Bank showed resistant pathogens could cause as much damage to the global economy as the 2008 financial crisis, impacting international trade and agriculture, reducing the workforce, and increasing healthcare expenditure.

An example superbug is the sexually transmitted infection gonorrhoea. Once easily treatable, gonorrhoea is now a growing health problem here in Aotearoa and around the globe due to its high number of antibiotic-resistant strains. Dr Williamson and Dr Kelton will lead two separate studies focusing on this pathogen, looking for weaknesses which may prove the key to treating it in future.

Dr Williamson will study the way gonorrhoea can repair DNA from its environment using a DNA-joining enzyme. She believes the gonorrhoea may incorporate the repaired DNA into its own genetic code to protect itself against antibiotics. If proven, this process could explain why gonorrhoea and other bacteria with this protein such as Campylobacter and Haemophilus influenzae are so good at developing antibiotic resistance.

“Understanding the mechanisms that drive antimicrobial resistance is essential for us to keep enjoying the significant benefits of antibiotic drugs in modern society,” says Dr Williamson.

“This research could lead to treatments that prevent bacteria from obtaining antimicrobial resistance and also from repairing their own DNA, making them more susceptible to existing antibiotics.”

Dr Kelton will investigate the potential for a treatment which allows antibodies to label gonorrhoea while it is hidden inside a person’s cells. This would trigger destruction of the bacteria by specialised elements of the immune system that are normally reserved for attacking viruses.

“The new knowledge gained by undertaking this research will inform efforts to treat other intracellular pathogens for which antibiotic resistance is also rising, like chlamydia and tuberculosis,” says Dr Kelton. 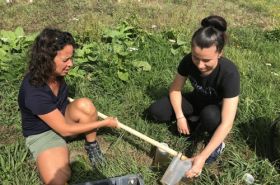 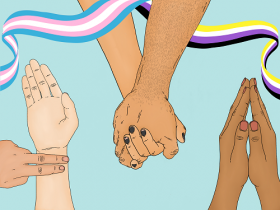