Vaccine mandates for NZ’s health and education workers are now in force – but has the law got the balance right? 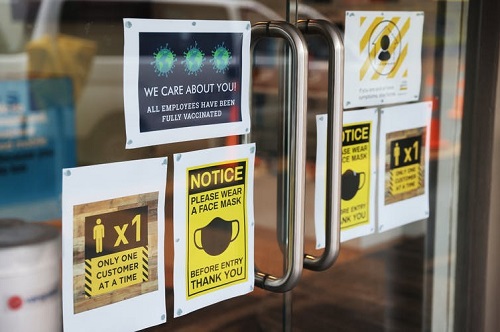 For workers in the health and disability and education sectors, midnight last night was the deadline to receive at least their first vaccine dose under a government mandate that now extends to about 40% of New Zealand’s workforce.

With the potential for this to mean “no jab, no job”, and with no end date set for the mandates, there have already been challenges in the streets and in the courts.

As well as border and MIQ workers, some aviation workers, midwives and teachers and doctors have claimed the vaccine mandates are a breach of their legal rights.

So far, the focus of legal action has been the right to refuse medical treatment, with the courts consistently finding any such breaches were justifiable.

But the question of what breaches of which rights are justifiable in a public health emergency is not as clear cut as might first appear. And there is a case to be made for new and comprehensive legislation addressing these complex ethical and legal issues.

What are our existing protections?

As it stands, vaccine mandates and exemptions are covered by the COVID-19 Public Health Response (Vaccinations) Order 2021. The order allows an exemption for a very narrow category of people, based on a medical professional determining an individual’s medical history and health status would make vaccination inappropriate.

In a similar vein, the Human Rights Act also prohibits discrimination on the grounds of ethical beliefs and political opinions. As such, it could be argued some New Zealanders may face discrimination because of their beliefs or opinions. And this raises some very important questions around some of our wider fundamental freedoms.

Read more:
How do NZ's vaccinated teachers have those hard conversations with their anti-vax colleagues?

The New Zealand Bill of Rights Act 1990 protects each  of these rights as do the Universal Declaration of Human Rights 1948 and the International Covenant on Civil and Political Rights 1966.

The rights to freedom of thought, conscience and religion are difficult to define. But because they go to the heart of who we are as individuals, they are considered absolute. This means the freedom to think or believe what we want cannot be restricted or suspended, even in times of emergency.

In particular, the United Nations takes the right to freedom of thought to be far-reaching and profound, closely related to the absolute right to hold an opinion.

The difference between thinking and acting

In turn, the right to freedom of expression is closely related to the rights to freedom of association and peaceful assembly, and all three freedoms form the basis of protest action.

Read more:
Protesting during a pandemic: New Zealand's balancing act between a long tradition of protests and COVID rules

The external manifestations of our inner thoughts and beliefs can be limited – but only in a carefully controlled way. According to the UN Human Rights Committee, any restrictions must:

The UN Human Rights Committee takes a similar approach to limits on the rights to freedom of opinion and expression.

Public health is a specified ground for restricting all of these rights, but such restrictions should only be permitted to allow a state to take measures specifically aimed at preventing disease.

Time for a new law?

Because of the profound nature of these rights and restrictions, perhaps it is time for new legislation to deal with how we strike the right balance between protecting the rights of New Zealanders and the government’s obligation to protect public health.

At a minimum it would address the vexed questions of compulsion and exemption.

There are a few historic examples to draw from. The Vaccination Act 1863 made the smallpox vaccination for children compulsory, although it was neither well received nor very effective.

During WWI and WWII, conscientious objectors were exempt from compulsory military service if they could demonstrate their objection stemmed from their religious beliefs. There were very few of them, however, and no exemptions were given on political or philosophical grounds.

Also during WWII, teachers who were conscientious objectors were given one month’s salary and put on leave of absence for the duration of the war.

The people need a voice

Today, we need appropriately worded law to deal with matters such as equitable access to vaccines, whether vaccinations should be mandatory, the requirement for vaccine passports or certificates, potential restrictions on unvaccinated people, and the vaccination of children.

Such a law would also address time limits for all such restrictions and requirements, and provide for transparent processes governing their extension.

It would ensure any restrictions are justifiable and for specified purposes only, are not discriminatory, and are directly related and proportionate to the specific needs on which they are based.

The legislative process of making such a law would also allow New Zealanders to express their own thoughts and opinions (through select committee submissions, for example) on what are fundamental issues of citizenship. And it would oblige elected representatives to squarely confront their actions and accept any consequent political cost.