With the AUKUS alliance confronting China, New Zealand should ramp up its anti-nuclear diplomacy 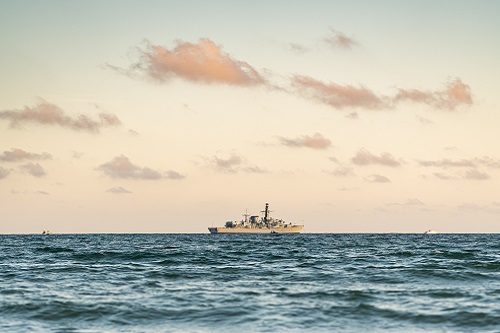 New Zealand might not be part of the recently revealed security agreement between the US, Britain and Australia (AUKUS), but it certainly can’t avoid the diplomatic and strategic fallout.

Under the pact, Australia stands to gain nuclear-powered submarine capability, with the US seeking greater military basing rights in the region. ASEAN allies have had to be reassured over fears the region is being nuclearised.

Unsurprisingly, China and Russia both reacted negatively to the AUKUS arrangement. France, which lost out on a lucrative submarine contract with Australia, felt betrayed and offended.

But behind the shifting strategic priorities the new agreement represents – specifically, the rise of an “Indo-Pacific” security focus aimed at containing China – lies a nuclear threat that is growing.

Already there have been warnings from China that AUKUS could put Australia in the atomic cross-hairs. Of course, it probably already was, with the Pine Gap intelligence facility a likely target.

While New Zealand’s nuclear-free status makes it a less obvious target, it is an integral part of the Five Eyes intelligence network. Whether that would make the Waihopai spy base an attractive target in a nuclear conflict is known only to the country’s potential enemies.

What we do know, however, is that nuclear catastrophe remains a very real possibility. According to the so-called Doomsday Clock, it is currently 100 seconds to midnight — humanity’s extinction point should some or all of the planet’s 13,100 nuclear warheads be launched.

The US and Russia account for most of these, with 1,550 many of these deployed on high alert (meaning they can be fired within 15 minutes of an order) and thousands more stockpiled.

Read more:
The AUKUS pact, born in secrecy, will have huge implications for Australia and the region

The other members of the “nuclear club” – France, Britain, Israel, India, North Korea, Pakistan and China – are estimated to possess over 1,000 more.

Most of these warheads are much larger than the bomb that destroyed Hiroshima in 1945. US, Russian and Chinese investment in the development of a new generation of hypersonic missiles has raised fears of a new arms race.

From New Zealand’s point of view, this is more than disappointing. Having gone nuclear free in the 1980s, it worked hard to export the policy and promote disarmament. The high-tide was in 2017 when 122 countries signed the UN’s Treaty on the Prohibition of Nuclear Weapons.

But the nine nuclear-capable countries simply shrugged. The Trump administration even wrote to the signatories to say they had made “a strategic error” that “turns back the clock on verification and disarmament” and urged them to rescind their ratification.

President Donald Trump then began popping rivets out of the international frameworks keeping the threat of nuclear war in check. He quit the Intermediate Nuclear Forces Treaty (INF), which prohibited short- to medium-range nukes in Europe, and the Open Skies agreement, which allowed flights through national air space to monitor compliance.

Read more:
Why is southeast Asia so concerned about AUKUS and Australia's plans for nuclear submarines?

He also quit the multi-national agreement restricting Iran’s nuclear programme (despite Iran’s compliance) and failed to denuclearise North Korea, despite much fanfare. The bilateral START agreement limiting US and Russian nukes survived, but China rebuffed Trump’s idea of a trilateral nuclear pact.

Nor is the clock ticking backwards with Joe Biden in the White House. Although he extended START, the Iran deal hasn’t been resurrected and there’s been no breakthrough with a still provocative North Korea.

Both the INF and the Open Skies agreements lie dormant, and the AUKUS pact has probably seen US-Chinese relations hit a new low.

While it makes sense for New Zealand to maintain and promote its nuclear-free policy, it must also be pragmatic about reducing tension and risk, particularly in its own region. Being outside the AUKUS agreement and being on good terms with China is a good start.

Not being a nuclear state might mean New Zealand lacks clout or credibility in such a process. But the other jilted ally outside the AUKUS relationship, France, is both a nuclear power and has strong interests in the region.

Like China, France sits outside the main framework of US-Russia nuclear regulation. Now may well be the time for France to turn its anger over the AUKUS deal into genuine leadership and encourage China into a rules-based system. This is where New Zealand could help.

Read more:
After AUKUS, Russia sees a potential threat — and an opportunity to market its own submarines

The Christchurch Call initiative, led by Jacinda Ardern and French president Emmanuel Macron after the 2019 terrorist attack, shows New Zealand and France can cooperate well. Now may be the chance to go one step further, where the country that went nuclear free works with the country that bombed the Rainbow Warrior, and together start to talk to China.

This would involve discussions about weapons verification and safety measures in the Indo-Pacific region, including what kinds of thresholds might apply and on what terms nuclear parity might be established and reduced.

Such an initiative might be difficult and slow — and for many hard to swallow. But New Zealand has the potential to be an honest broker, and has a voice that just might be heard above the ticking of that clock.

As UN Secretary General António Guterres warned only last week: “We are on the edge of an abyss and moving in the wrong direction. Our world has never been more threatened or more divided.”