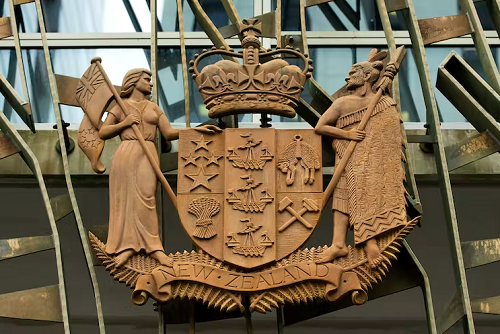 Recent news that thousands of charges have been filed in the Waikato and Auckland youth courts in the past nine months once again put a spotlight on youth crime and our responses to it.

This comes not long after a recent rise in ram raids and smash-and-grab burglaries by young offenders was called a “tsunami” of youth crime by the National Party police spokesperson.

And despite evidence suggesting the number of young people in court had dropped in the year to June 30, opposition calls for a crackdown may well mean it becomes an issue at next year’s general election.

But just how the justice system should deal with children and teenagers remains a complex question – especially when it comes to the minimum age of criminal responsibility.

In fact, New Zealand is among a number of countries criticised by the United Nations Committee on the Rights of the Child for retaining an unacceptably low age of criminal responsibility.

It’s now more than 60 years since the Crimes Act set the age at ten years. Children younger than that, the law says, are incapable of forming criminal intent. Since that law was written, we have learned a lot more about the brain development of children and adolescents, and how their decision-making abilities differ from adults.

Given this also affects their ability to comprehend the court process itself, and therefore their right to a fair trial, is it time New Zealand revisited the minimum age and the reasons for raising it?

New Zealand out of step

Even politicians calling for a tougher approach to youth crime seem to agree that keeping children out of the criminal justice system should be a priority, particularly for young and first-time offenders.

Currently, children aged over ten but under 14 are subject to the adult criminal justice system. But they may avoid conviction if it can be shown they didn’t know their actions were wrong or illegal.

At the same time, however, the Oranga Tamariki Act allows for children aged ten to 13 years to be charged with serious offences such as murder or manslaughter.

This puts New Zealand alongside Australia and other Pacific nations where the minimum age of criminal responsibility is ten (with the exception of Papua New Guinea and Tonga where it is seven). And despite calls for change, England, Wales and Northern Ireland also still recognise a minimum age of ten.

But Scotland raised its age of criminal responsibility from eight to 12 in 2019. Elsewhere it is higher: 14 in Germany, 15 in Sweden, 16 in Portugal and 18 in Luxembourg.

International law only goes so far when it comes to establishing common ground. While the UN’s Convention on the Rights of the Child requires countries to establish a separate justice system for children with a minimum age of criminal responsibility, it doesn’t specify an age.

The Committee on the Rights of the Child has sought to fill that gap. Responding to changing trends driven by developments in neuroscience and child development, in 2019 it encouraged states to raise their minimum age of criminal responsibility to 14 (the commonest age internationally at that time).

For nearly 20 years, New Zealand has resisted the committee’s call and kept the minimum age at ten. It has offered a range of justifications, including wanting to focus on more effective responses to children’s offending.

However, in 2021 New Zealand indicated some movement, advising the committee that it was monitoring the progress of a working group set up to review the law in Australia.

Keeping children out of court

Ideas about a minimum age of criminal responsibility have been evolving since at least the 18th century, when it was decided that, in order to be convicted, children aged between seven and 14 had to understand what they’d done and that it was wrong.

This was reflected in New Zealand’s Criminal Code Act of 1893 and Crimes Act of 1908, and has shifted only by degrees since then.

But while public safety is a legitimate aim of the justice system, including the child justice system, raising the minimum age doesn’t mean children will escape any consequences for their actions.

With more countries now raising their ages of minimum criminal responsibility, New Zealand could comfortably raise its own threshold to 12, or even 14. Given that most youth offending is not serious, and is therefore dealt with outside the criminal justice system, the wider societal impact may not be significant.

But it would reduce the risk of ten-year-olds who have not committed a serious crime ending up in the criminal justice system. This is not to say they would not face any consequences for their actions. Rather, the consequences might be more effective in improving their chances later in life.