A major new law aims to ‘improve the health of all New Zealanders’ – so why doesn’t it include the basic human right to health? 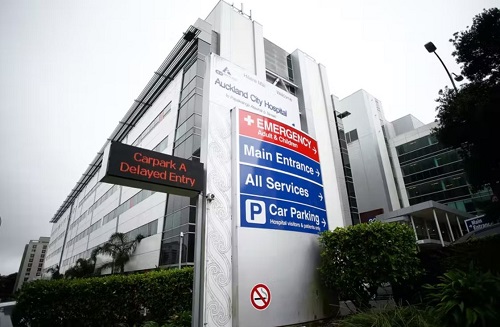 The new Pae Ora (Healthy Futures) Act, due to take effect from July 1, will be a once-in-a-generation chance to reset New Zealand’s public health system. It’s a welcome effort to protect, promote and improve the health of all New Zealanders, reduce health disparities (in particular for Māori) and give effect to Te Tiriti o Waitangi.

These aims align with the international legal framework of human rights and the rights of Indigenous peoples. Yet New Zealanders will continue to miss out, as the new act fails to explicitly incorporate the right to health.

This would have provided another (legal) mechanism to hold the government and its various health authorities accountable for their actual delivery on those noble objectives.

The act will set out a series of obligations and expectations for health providers and consumers, which are to be applauded. But how can we know if these new initiatives are delivering without a clear understanding of the basic rights of individuals?

Health as a human right

The failure to include the right to health may derive from a view that this is not a “real” right. Various reasons are advanced to support such a view, but they can be refuted.

For starters, the right to health is enshrined in the Universal Declaration of Human Rights 1948 (thanks in part to the efforts of the then New Zealand prime minister, Peter Fraser). It became a legally binding obligation when the United Nations adopted the International Covenant on Economic, Social and Cultural Rights in 1966.

The right is also contained in human rights law instruments relating to race, women, children, persons with disabilities and Indigenous peoples. Aotearoa New Zealand has agreed to protect and respect the rights contained in each of these legal instruments.

One argument in Aotearoa New Zealand is that the specialist decision-making involved in complex and expensive economic and social policy is (perhaps understandably) the purview of the government and not the courts.

Nonetheless, the courts do retain a scrutinising role in such matters. The explicit incorporation of the right to health in the legislation would have further facilitated this role.

Cost shouldn’t be an insurmountable hurdle

Cost is another reason given for not enshrining a right to health. It’s a legitimate concern, too, especially as the financial burdens that accrued to the district health boards seem to have been a significant factor driving the law change.

This logic only takes us so far, however. The massive costs that go into an effective court system are not an argument for not upholding the right to a fair trial, for instance.

And international law actually allows countries a fair amount of leeway in upholding the right to health. Subject to their available resources, they must show progress is being made in implementing health rights.

It’s also argued that the right to health is too vague; that it’s impossible for the courts, for example, to determine its legal meaning. But this can also be countered.

To begin with, the right to health doesn’t mean the right to be healthy. What it does mean is that everyone has freedoms and entitlements to ensure they can enjoy “the highest attainable standard of physical and mental health”.

The United Nations Committee on Economic, Social and Cultural Rights breaks these rights and obligations down even further into four key elements:

Courts have a role in health

As with all human rights, the rights to equality and non-discrimination underpin the right to health. New Zealand’s Human Rights Act also prohibits discrimination on a variety of grounds.

Understanding the right to health in this way can lead to improved healthcare practices, as well as practical and constructive efforts to ensure a more robust and effective health system. This would seem to be in accordance with the aims of the new act.

This doesn’t mean the battle to recognise New Zealanders’ right to health is totally lost. The presumption must remain that parliament didn’t intend the Pae Ora (Healthy Futures) Act – like any legislation – to be contrary to international law and New Zealand’s international obligations.

We must believe that the courts, where possible, will uphold those rights. But the failure to incorporate the right to health denies the ultimate recipients of health care – the people themselves – a clear legal mechanism to uphold their right to health.

It also serves to limit the accountability of the government and its new health entities for the kinds of failures that led to the need for new legislation in the first place.