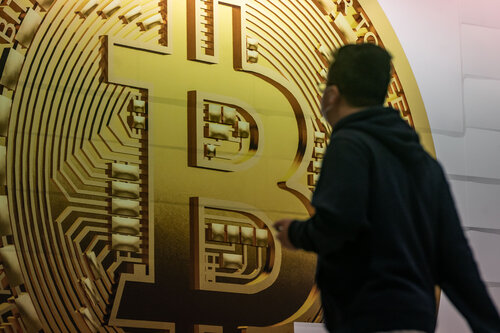 Since its debut in 2009, Bitcoin and other cryptocurrencies have seen explosive growth and some dramatic downturns.

In Aotearoa New Zealand, the Reserve Bank recently decided to investigate crypto as part of a wider conversation about how New Zealanders will pay and save in the future.

So far, crypto has benefited from light regulation in New Zealand, but it’s essential we have a clear picture of all pros and cons, including the risk of criminal behaviour and climate change impacts.

Cryptocurrencies offer a variety of investment and transaction benefits, but concerns about dangers are also growing. Crypto’s volatile track record presents significant risk to investors (alongside significant reward) and the relative anonymity of Bitcoin, Ethereum and others is proving attractive to organised crime, money laundering and tax evasion.

To date, crypto has largely avoided the traditional forms of financial regulation banks face and it has capitalised on its ability to eschew territorial borders, being everywhere and nowhere at once.

As calls for effective regulation get louder and major markets in the US, EU and Asia seek to subject crypto to greater oversight, it is particularly important to highlight crypto’s growing but often hidden environmental impact.

How do companies with only virtual assets contribute to environmental damage? The answer is data mining.

Cryptocurrencies and assets use blockchain technology. In essence, transactions are verified and recorded on a blockchain, a public digital ledger that contains information about all transactions.

Blockchain technology ensures the integrity of crypto transactions, but it does so by using huge amounts of electricity. Bitcoin’s annual electricity consumption is more than three times that of New Zealand. This is due to blockchain’s distributed nature and use of cryptography and complex processing, which require considerable computational power.

Verifying transactions, or mining, is so energy intensive it has caused concerns about the resilience of some countries’ electricity supply. Earlier this year, Kazakhstan cut off crypto miners because of the country’s energy crisis.

When the electricity used by crypto comes from fossil fuels, the connection to climate change becomes clearer. Recent developments in the US are setting a worrying trend. Crypto’s colossal energy needs may be met by electricity from coal-fired power stations, at a time when the energy sector should pivot towards renewables.

In Kentucky, a new crypto “blockchain farm” is being built close to four coal-fired power plants, for easy energy supply. Meanwhile, another coal-fired power station in Montana has been brought back from the brink of closure after agreeing to act as the sole electricity supplier to a Bitcoin mining company, Marathon, adding hundreds of thousands of tons of carbon dioxide to the atmosphere.

The need to act decisively on climate change has never been more urgent. Last year, New Zealand announced its new Nationally Determined Contribution to cut emissions by 50% on 2005 levels by 2030 as part of collective efforts to limit global temperature rise to 1.5℃ above pre-industrial levels.

This is an improvement on the previous pledge, but Climate Action Tracker still rates New Zealand’s overall contribution to climate change mitigation as “highly insufficient”.

The latest report from the Intergovernmental Panel on Climate Change (IPCC), released last month, details the impacts of overshooting the 1.5℃ target. For Australasia, these include increased heat-related deaths and disease for people and wildlife, loss of livelihoods and a drop in income from agriculture and loss of low-lying coastal areas as a result of rising sea levels. Insufficient action on climate change now will have serious consequences, including close to home.

According to a recent survey, most New Zealanders accept the need to take action to combat climate change. But all too often people’s lifestyle decisions still seem disconnected from their environmental impacts. Confusion remains around what people can meaningfully do to make positive change.

Regarding crypto, to make informed and responsible choices, New Zealanders need a clear picture of how our consumer and investment decisions affect the planet. Public and private sectors should explore more environmentally friendly blockchain technology based on “proof-of-stake” which uses less energy because of lower processing requirements.

Indeed, the European Parliament considered banning the more energy-hungry “proof-of-work” mechanism Bitcoin and other popular cryptocurrencies use. While it backed off the proposal, cryptocurrencies will likely face further scrutiny as the EU tries to tackle the climate crisis.

Aotearoa also needs a future-facing regulatory framework to limit the use of energy-hungry encryption and support a safer and more sustainable model for consumers and the planet.