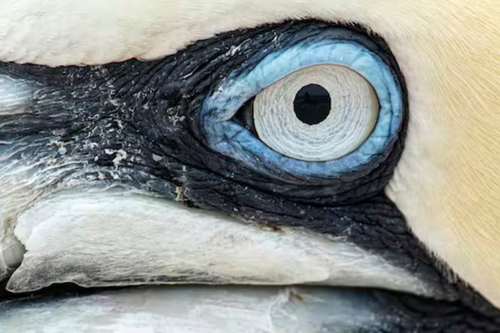 Thousands of delegates have gathered in Montreal, Canada, for a once-in-a-decade chance to address the accelerating pace of species loss and the dangers of ecosystem breakdown.

COP15 brings together parties to the UN Convention on Biological Diversity (CBD) with a goal of negotiating this decade’s biodiversity targets and a new global framework for biodiversity protection.

The summit risks being overshadowed by the recently concluded COP27 on climate change, but the issues are linked and the importance of biodiversity protection cannot be overstated.

About one million plant and animal species are at risk of extinction. Not only are our activities driving this mass extinction, its consequences also threaten our own health and survival.

COP15 needs to mark a step change in how quickly and how seriously the international community responds to catastrophic nature loss. The focus is expected to be on 30x30, a push to protect 30% of land and sea for nature by the end of this decade.

What to expect from COP15

In recent years, the global climate crisis has made more headlines than biodiversity. Yet both are inextricably linked.

As ecosystems break down, the natural barriers separating people from zoonotic diseases are reduced, with devastating consequences, as the COVID pandemic shows.

Unlike the UN climate process, which has a clear target to limit greenhouse gas emissions to 2℃, the biodiversity convention and its COPs have so far lacked a clear goal. But this might change.

30x30 could represent a significant move towards reducing humanity’s collective footprint on the planet and allowing ecosystems to rejuvenate. But as always, the devil is in the detail. It will be important to ensure Indigenous peoples’ rights are respected and that sufficient funds are released for effective management of protected areas.

The summit will also emphasise the human right to a healthy environment, for which biodiversity is essential, and a concerted push to require mandatory nature disclosures from all large businesses and financial institutions as a measure of their impacts and dependencies on biodiversity.

Mandatory nature disclosures are receiving broad support, not least from many businesses. If adopted, this would add clarity to corporate obligations and might significantly improve transparency and accountability. But safeguards will be necessary to ensure the problems around carbon offsetting are not repeated and companies cannot unduly compensate for the loss or degradation of biologically diverse ecosystems.

Nevertheless, 30x30, the human right to a healthy environment, and #MakeItMandatory, each has the potential to capture greater public attention and to galvanise global leaders into urgent action.

As a party to the CBD since 1993, and with some longstanding biodiversity protections in place at home, Aotearoa New Zealand has an important role to play in supporting COP15 towards a successful outcome.

There are numerous challenges to the country’s ecological health. These include increasing agricultural and industrial activity, invasive alien species and introduced predators, commercial fishing and trawling, and the impacts of climate change, which already bring more weather extremes.

Regarding 30x30, more than a third of Aotearoa’s land area is already under legal protection for conservation purposes. But only 10% of the country’s original wetlands remain, and only 7% of its territorial sea is protected. Much work remains to be done.

COP15 was originally to take place in Kunming, China, in October 2020, but was delayed by the COVID pandemic. Although it is now happening in Canada, China retains responsibility for organising most of the summit and its leadership and ambition will be crucial to its success. This is the first time China has held the presidency of a major international environmental treaty.

The summit’s ambitious theme – building a shared future for all life on Earth – now needs to be matched by an agreement on bold and substantive commitments. Sufficient financial assistance for developing states must also be made available to ensure commitments are implemented.

There is now strong consensus that human activities are altering the planet’s climate, with significant and negative consequences. Public support for action on climate change is also high.

Our chances of avoiding catastrophic climate breakdown depend in many ways on how effectively we protect and restore Earth’s biodiversity. Framing biodiversity as a crucial component of climate stabilisation could help raise the profile of COP15. It would send a message that biodiversity isn’t a limited “green” issue but simply about ensuring a healthy and habitable planet for everyone.