Changes to the way Oranga Tamariki is monitored risk weakening children’s rights and protections – what should be done? 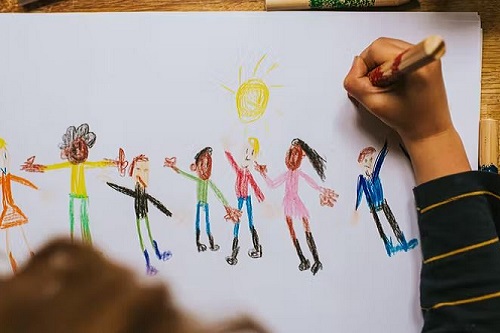 A new law designed to improve oversight of the agencies charged with protecting children and young people is making its way through parliament. As it stands, there are serious concerns about how effective it will be once enacted.

The Oversight of Oranga Tamariki System and Children and Young People’s Commission Bill 2021 is described as providing for independent monitoring and complaints oversight for Oranga Tamariki, and greater advocacy for children’s and young people’s issues generally.

These are laudable goals, but of the 403 submissions to the select committee hearing submissions on the bill, 311 oppose the proposed law changes. Only eight are in favour, with the rest neutral.

The bill’s proposed changes are problematic for a number of reasons. One is that the bill still does not incorporate the United Nations Convention on the Rights of the Child into domestic legislation. This would mean the convention rights would become part of the law of Aotearoa New Zealand.

One of the clear benefits of this would be that children’s rights – especially their rights to health, housing and food – would be more readily enforceable through the national courts. In other words, it would be easier to hold the government to account for its actions or inaction.

The question of accountability becomes all the more important because the bill contains major changes to how the rights, interests and well-being of young New Zealanders are protected.

It proposes the establishment of an Independent Monitor of Oranga Tamariki that will assess how the child welfare agency is supporting children, young people and their whānau. It will replace the Independent Children’s Monitor, which was established as an independent crown entity in 2018.

The new monitor will be a departmental agency within the Ministry of Education. This move has been criticised for undermining the independence of the new monitor.

The bill also proposes that the Office of the Ombudsman will be the sole body responsible for investigating and resolving complaints on matters regarding the application of the Oranga Tamariki Act.

This is particularly contentious because so far the Children’s Commissioner has had that role.

The transfer of investigative powers to the Ombudsman is not the only major change to the Children’s Commissioner, whose office will be replaced by a Children and Young People’s Commission.

The new commission will continue to promote and advance the interests and well-being of children and young people, but its role is weaker.

In particular, unlike the current Children’s Commissioner, it will not be able to advise on establishing complaints mechanisms for children or monitor the types of complaints made.

Stripping the new commission of any powers to deal with complaints has a much wider impact on the application of children’s rights in Aotearoa New Zealand.

If the new commission is not able to advise the multitude of organisations that work with children and young people about how to make a complaint, this will significantly limit the extent to which the government can be held accountable for any failure to protect children’s rights overall.

The UN Committee on the Rights of the Child has already expressed concern at the system of protecting children’s rights in Aotearoa.

In 2016, it recommended the Children’s Commissioner be given adequate resources to receive, investigate and address complaints from children. The new commission would appear to be a step in the opposite direction.

The UN also recommended that Aotearoa New Zealand commit itself to the complaints mechanism of the convention, which would allow children to complain to the UN committee about breaches of their rights.

The government is examining whether it will sign up to the complaints mechanism.

But its level of commitment to the complaints process looks questionable if the new Children and Young People’s Commission, as a body charged with promoting the rights, interests and well-being of New Zealand children, cannot investigate complaints.

All these changes come at a time when young New Zealanders face declining physical and mental health, educational achievement and living standards, while the high levels of poverty and violence they experience persist.

For many young people, these outcomes are exacerbated by multiple forms of discrimination. More can and must be done.

Incorporation of the Children’s Rights Convention into domestic law would provide children in Aotearoa New Zealand with a clear legal mechanism to uphold their rights.

Even if the government continues with its (widely opposed) plan to give monitoring and investigative powers regarding Oranga Tamariki to the Independent Monitor and the Ombudsman only, it must restore the powers of the Children and Young People’s Commission to scrutinise the government’s effectiveness in protecting the remaining range of children’s rights.