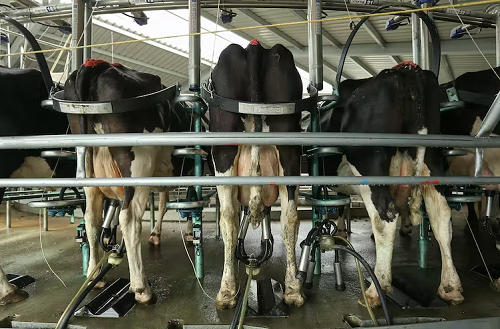 The most important part of the government’s proposed agricultural emissions pricing scheme is the price. This may seem obvious – but the government has failed to provide a clear indication of what the price will be and how it will be set.

Unfortunately, this uncertainty is already undermining what is otherwise a very good policy proposal. The first casualty of the lack of price certainty seems to have been well-informed public debate.

On the one hand, farming advocates have said the pricing scheme will put 20% of sheep and beef farmers out of business. On the other, environmentalists have said it will do nothing to address the urgent climate crisis.

Public consultation on the scheme is open until November 18. My hope would be that one outcome is the Climate Change Commission being given responsibility for setting the price – as soon as possible – to provide more certainty.

In reality, because we don’t know the price, we can’t say how much the scheme might reduce agricultural emissions and what impacts it could have on the sector. But if we assume a price that will give us credible emission reductions, industry-led modelling predicts an average cost of 0 to 7.2% of farm profits.

Under the proposed plan, farmers will be charged for every kilogram of greenhouse gasses (GHGs) they emit. They will also be given incentives to implement specific GHG-reducing practices on their farms. Both the “stick” and the “carrot” make up the price.

This is a good policy because the stick funds the carrot. Combined, they increase the price while reducing the impact on farmers. The scheme is farm-level, which is more costly to administer than the earlier proposals to place emissions charges on processors like Fonterra. But it should be more effective at reducing emissions.

While our milk and meat produce relatively low GHGs per kilogram of product by international standards, a strong pricing scheme such as this will help us maintain that position.

Ministers will set the price, annually or every three years, taking into account advice from the Climate Change Commission.

Methane is the main greenhouse gas (GHG) emitted by farming cows and sheep. The government has set a target for methane emissions of 10% below 2017 levels by 2030. But it’s hard to know what the price needs to be to achieve the target.

There are a few things that complicate the calculation.

Firstly, there’s the human factor. It’s hard to model exactly how strongly farmers will respond to the price, particularly when we are talking about relatively small costs in relation to all the decisions made on farms.

Secondly, we don’t know what technologies will become available to farmers over the next five to ten years. A range of technologies show promise but are still in development. If one or two of them become available and affordable in that time frame, the 10% target may be easy to achieve at little cost.

By putting the decision in the hands of government, we now have political uncertainty to add to this list.

A need for compromise

There are many competing factors to weigh up when setting the price. First is achieving the GHG reduction targets – a difficult task in itself. There may need to be some flexibility, as long as we are on the right track.

A second factor is maintaining a competitive agricultural export sector. Reducing emissions will come at a cost, but we will want to avoid putting too high a burden on farmers too quickly.

A third factor is providing some certainty over the price. This is important for farmers when they’re deciding whether to invest time and money in new practices and technologies.

Governments may be tempted play with any of these factors – for example, promising to drop prices at election time. And if the price is set too low, the scheme will be an expensive failure. Too high and the costs may be borne too quickly.

Who should set the price?

A better option would be to let the Climate Change Commission set the price. It’s well placed to do this with expert and community input, and was set up as an independent body specifically for jobs like this.

Yes, the government has said the commission will recommend a price and ministers will respond. But why add the additional political uncertainty?

The government should provide clear criteria for determining the price, which would  increase rather than reduce certainty. And the commission should set prices early and for a specific period of time. For example, next year it could set the prices for when the scheme starts in 2025, with the plan to review it in 2028.

Of course, governments don’t like to hand decision-making power over to others. But in this case it would make sense. The first casualty of price uncertainty may have been some public doubt over the merits of the policy. Let’s make sure the next casualty isn’t the policy itself.