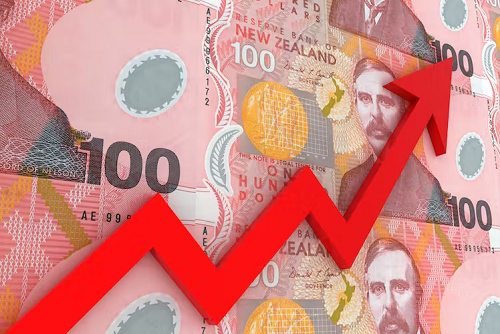 You may have seen the news: in its attempts to tackle inflation, the Reserve Bank is going to increase unemployment.

The idea can even seem to come right from the mouths of experts, including the bank’s governor, Adrian Orr. Speaking recently to an industry conference, he said:

Returning to low inflation will, in the near term, constrain employment growth and lead to a rise in unemployment.

Similar sentiments have been expressed by independent economists and commentators.

But is it as simple as it might appear? What is the relationship between inflation and unemployment, and is it inevitable that reducing one will lead to an increase in the other?

Like other developed countries, New Zealand has been going through a period of historically high inflation. The latest figures, for the September quarter of 2022, show an annual rise of 7.2%, only slightly lower than the 7.3% recorded for the June quarter.

At the same time, New Zealand is experiencing a period of very low unemployment, with a rate of just 3.3% for September 2022, following 3.2% in the June quarter. These are near-record lows, and the rate has not been below 4% since mid-2008.

So, right now New Zealand is in a period of historically low unemployment and historically high inflation. At first glance, that might suggest that in order to return to low inflation, we may inevitably experience higher unemployment.

The idea that inflation and unemployment have a negative relationship (when one increases, the other decreases, and vice versa) dates back to work by New Zealand’s most celebrated economist, A.W. (Bill) Phillips.

While working at the London School of Economics in the 1950s, Phillips wrote a famous paper that used UK data from 1861 to 1957 and showed a negative relationship between unemployment and wage increases.

Subsequent work by economics Nobel Prize winners Paul Samuelson and Robert Solow extended Phillips’ work to show a negative relationship between price inflation and unemployment. We now refer to this relationship as the “Phillips Curve”.

However, even though this relationship between inflation and unemployment has been demonstrated with various data sources, and for various time periods for different countries, it is not a causal relationship.

Lower inflation doesn’t by itself cause higher unemployment, even though they are related. To see why, it’s worth thinking about the mechanism that leads to the observed relationship.

Of course, this is what the Reserve Bank wants when it raises the cash rate. Its Policy Targets Agreement with the government states that inflation must be kept between 1% and 3%. So when inflation is predicted to be higher, the bank acts to lower it.

That’s not the end of the story, though. After its 1960s heyday, the Phillips Curve was criticised by economists on theoretical grounds, and for its inability to explain the “stagflation” (high unemployment and high inflation) experienced in the 1970s.

For example, Milton Friedman argued there is actually no trade-off between inflation and unemployment, because workers and businesses take inflation into account when negotiating employment contracts.

Workers’ and employers’ expectations about future inflation is key. Friedman argued that, because inflation is expected, workers will have already built it into their wage demands, and businesses won’t change the amount of workers they employ.

Friedman’s argument would suggest that, aside from some short-term deviations, the economy will typically snap back to a “natural” rate of unemployment, with an inflation rate that only reflects workers’ and businesses’ expectations.

Can we rely on this mechanism to avoid higher unemployment as the Reserve Bank increases interest rates to combat inflation?

It seems unlikely. Workers would first have to expect the Reserve Bank’s actions will lower inflation, and respond by asking for smaller wage increases. Right now, however, consumer inflation expectations remain high and wage growth is at record levels.

And since workers negotiate only infrequently with employers, there is an inevitable lag between inflation expectations changing and this being reflected in wages. Alas, for ordinary households, there is no quick and easy way out of this situation.