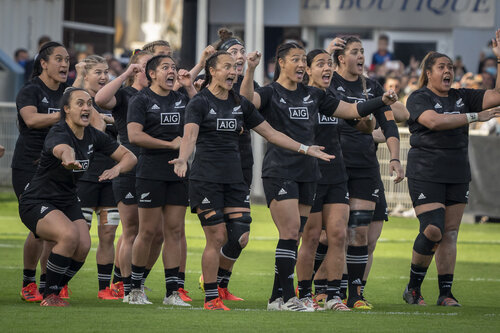 New Zealand Rugby’s just released report into the culture of the Black Ferns national women’s team is damning, but sadly all too familiar.

Like a number of previous investigations into elite sporting codes – including football, cycling, rowing and gymnastics – it reveals abuses of power and inadequate systems that are failing sportswomen. Despite significant investment in women’s sport over recent years, its rapid professionalisation is exposing problems in systems designed by and for men.

Rugby may be New Zealand’s national game, but it is the women’s team that has brought home more World Cup titles. Historically under-funded and under-valued, the women’s game (both 15- and 7-aside) has become a source of national pride and mana with a strong player culture.

Until very recently, the Black Ferns have dominated the international game. But the team’s disappointing end-of-year European tour did not go to plan. Back home and stuck in quarantine with no support, Black Fern Te Kura Ngata-Aerengamate used social media to express her concerns about the coaching culture:

My confidence and self esteem was so low that it made me play like I was walking on egg shells and was constantly too scared to express myself […] I let the words over the years get to me, the words became the flesh.

The Instagram post prompted internal and external demands for an inquiry, with New Zealand Rugby commissioning the “cultural and environmental review” that hit this week like a hard tackle.

Stuck in the past

The report made 26 recommendations and identified seven key themes, including:

The findings are familiar and mirror the six goals outlined in New Zealand Rugby’s 2017 “Respect and Responsibility” report, and bears striking similarities with recent similar reviews in Ireland and Canada.

The immediate question has been why Black Ferns coach Glenn Moore was being kept on until this year’s Rugby World Cup. As Women in Rugby Aotearoa chair Traci Houpapa said:

It does send a message to say they are retaining the status quo […] New Zealand rugby needs to think about what [message] that sends to the players and to the rugby community.

The report tells us in many ways what we already knew, that these are long-time, long-term systemic issues that have been affecting and impacting women who want to play rugby in Aotearoa.

While it is important to focus on the specifics of the Black Ferns review, it is also necessary to look at the broader patterns emerging in light of the previous reviews of other sports.

Investigations and athlete testimonies have revealed the damage done through abuse, neglect and psychological harm. The “win at all costs” mentality has come at a huge price, causing significant harm and trauma for many athletes.

While each review was commissioned to address a specific incident, in most cases they have highlighted systemic problems. These stem from gender inequity and organisational failings such as bullying and lack of player welfare – all rampant in global elite sport.

Despite important initiatives to increase women in leadership roles, sporting cultures that genuinely value and respect women as athletes, leaders, coaches, managers and experts are still some way off in New Zealand. The leadership and management teams in women’s sport don’t represent the gender and cultural diversity on the field, and this is part of the problem.

Small amendments might be made – hiring a human resources manager, providing unconscious bias training or adding a high-profile coach – but the hard work of real cultural change tends to be avoided.

None of the reviews attach deadlines to their recommendations and very rarely are the recommended change processes subjected to systematic monitoring and evaluation processes.

In the case of Cycling NZ, a second review was necessary to identify why changes had not occurred, at huge cost to athlete health and well-being.

The self-regulating nature of sport organisations and the associated “one step forward, two steps back” reform process suggest more accountability is required from an elite sports model that has for too long been designed by and for men.

If sports organisations are serious about supporting women, on and off the field, they need to invest in programmes and structures designed by and for women’s sport. This is no longer a bold, brave move; it is a long-overdue and urgently needed solution.