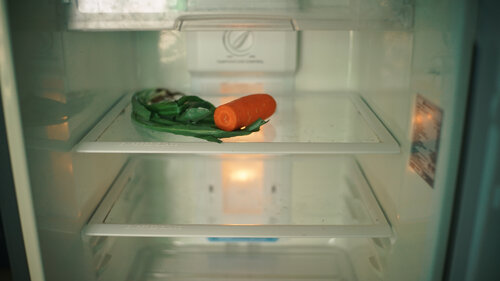 The way we perceive poverty, hunger and household food insecurity is shaped by media, government policy, public relations, advertising and personal experience. But one persistent strand is the notion that poverty and food insecurity are the result of poor personal choices and priorities.

Over time, this view can come to be seen as “common sense”, influencing our understanding of how and why people go hungry. But is it accurate? Does a focus on individual failings – and individual solutions – mean New Zealanders are missing the bigger picture?

Our three research projects (recently published together) looked at the experiences of families who don’t have enough to eat. We spoke with people struggling with food poverty and asked why this might be tolerated in a country that produces so much food.

We found that, contrary to popular belief, parents went without food in order to feed their children, that many had good nutritional knowledge, and that mothers in particular worked very hard to protect their children from knowing the extent of the poverty and hunger within the home.

Focus on the individual

Food insecurity refers to the inability to access nutritionally adequate and safe foods. In Aotearoa New Zealand, one in five children aged two to 14 live in households that are food insecure with poor access to nutritionally-rich foods.

When there are insufficient resources to feed everyone well, families ration food, opt for cheaper items that “pad out” a meal, and purchase items which last longer in the cupboards.

Despite these rates of food insecurity in families, there is still a tendency by those who haven’t experienced food insecurity to attribute hunger to individual decision making. Families involved in our research felt shame and stigma at being unable to afford enough food, in large part due to the way in which hunger and poverty are framed in public discussions.

Stories that blame individuals for not trying harder rarely look at the known drivers of poverty and hunger such as inadequate incomes, insecure work, high rents or lack of access to suitable land for growing food.

In reality, the challenges regarding food “choice” faced by families such as those in our research stem from insufficient access to resources, and resources that are unfairly shared. Food inflation rose 8.3% in August, while wages rose just 3.4% over the past year.

The families we spoke with spent considerable time and energy to creatively source food and stretch available foods so that all family members had enough to eat.

Households found creative ways to make do, such as pooling resources, calling on wider family networks, and seeking charitable and state support. When faced with ongoing hardship, people used less socially acceptable measures, like shoplifting, dumpster diving and cooking in public spaces to manage the lack of food.

Easier to give to charity than challenge status quo

When presented with examples of food insecurity and hunger, sympathetic people typically offer charitable support in the form of donations or volunteer work. However, this does not address the core drivers of unequal access to resources.

As others have argued, acts of individual and corporate charity maintain the status quo rather than highlighting and addressing the underlying causes of poverty and food insecurity.

People who have resources to share are viewed as altruistic, compassionate and empathetic when they give to charity. In comparison, people in need of charity feel a sense of shame and stigma at having their lack and inadequacy exposed to strangers. In a society that values independence, people who need help to meet a basic need, such as food, feel humiliated.

Historical and political contributors to food insecurity remain firmly in place, due in part to firmly-held beliefs around “poor choices” and a desire for charity to be employed as a solution instead of more equal access to resources.

Across Aotearoa New Zealand, farms produce enough high-quality food to feed over 30 million people a year. Yet New Zealanders – and disproportionately disabled and Māori, and Pacifica families –  do not have sufficient nutritionally-rich foods for their health and well-being.

Structural changes are crucial to properly addressing food insecurity. This includes addressing past and current injustices, ensuring liveable incomes for all, building affordable housing, and taking action on wealth inequality.

Our research found people living under-resourced lives were doing the best they could. What is needed is political action to address the root causes of hunger and food insecurity, not simplistic narratives about personal responsibility and choice.