Māori hold a third of NZ’s fishing interests, but as the ocean warms and fish migrate, these rights don’t move with them 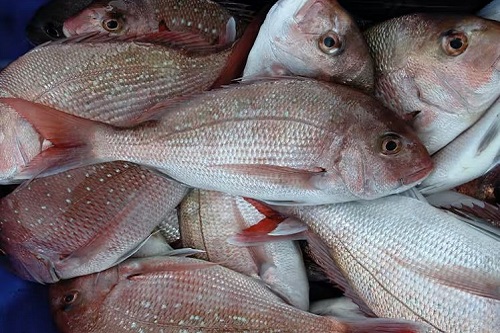 Record high ocean temperatures and marine heatwaves have become increasingly common in the waters off New Zealand in the past decade.

During the same period, commercial fisheries have landed lower volumes for several fish stocks, including hoki and tarakihi.

Māori hold almost a third of commercial fisheries interests in Aotearoa, but these are constrained to certain areas. The impacts of warming seas on Māori communities’ cultural and economic future well-being are not well understood.

For many Māori, fisheries are the most significant assets. With my colleagues Tony Craig and Katherine Short at Terra Moana, we explored how changing ocean temperatures may affect Māori commercial fisheries as part of the Moana Project.

Most of the fish species of interest to New Zealand’s commercial, recreational and customary fishers are managed under the government’s Quota Management System (QMS).

It was introduced in 1986 and determines allowable fish harvests, known as “total allowable catch” (TAC). The system replaced open access with set catch limits and transferable quota rights, which means quota holders can trade and sell their catch allowance.

The impacts of climate change on the marine environment are well documented in the latest report by the Intergovernmental Panel on Climate Change (IPCC). They include marine heatwaves, more severe storms, rising sea levels and changes in salinity, stratification, circulation, oxygen levels and acidity.

As our moana (ocean) changes, so will the distribution of fish species.

Recent reviews analysed the effects of climate change on New Zealand’s commercial fisheries and found most fished species to be vulnerable to changes in temperature.

Any geographical expansion or shift in fish stocks will have major implications for Māori commercial seafood interests, given quota ownership is limited to specified management areas.

The distribution of fisheries is changing

Snapper, for example, prefer waters of 12-21℃. This correlates with better survival rates of larval and subsequent life stages.

This also matches with fishers’ observations of significant increases in snapper in Te Moana-a-Toi/Bay of Plenty where sea surface temperatures reached up to 2.4℃ above average in the first six months of 2022.

Recent declines in tarakihi in Te Moana-a-Toi have largely been attributed to overfishing. But given this migratory fish is known to travel from Banks Peninsula in the south to Te Moana-a-Toi in the north, it is also feasible that changing temperatures have affected the locations of spawning, which is usually triggered when temperatures are below 16℃, and restricted the species’ migratory journey.

Fishers have also recently caught snapper and kingfish around Rakiura/Stewart Island, an area previously considered too cold for these species. What if finding snapper around Rakiura represents both an expansion in the species’ distribution and a geographical shift?

The quota system is not set up for a changing ocean

In the negotiations between Māori and the Crown leading up to the 1992 Fisheries Settlement, climate variability from El Niño and La Niña weather patterns was considered, but little thought was given to the implications of climate change.

New Zealand’s exclusive economic zone is divided into ten fisheries management areas (FMAs). Based on the known biological distribution of QMS fish stocks, quota management areas (QMAs) were defined for individual species. Some align with FMAs, but with environmental change and fish movement related to climate change, the future footprint of fisheries may differ considerably from the time QMAs were defined.

Climate change will affect Māori fisheries and aquaculture ownership rights and interests. If fished species move into new areas, this will affect the rights of individual iwi under the fisheries settlement. The allocation of quota under the settlement will be affected over time by the relationship between static iwi land interests and mobile fish stocks.

Two species, hoki and snapper, illustrate how this could play out.

Excluding the Kermadec Islands where neither species is caught, hoki can be considered as having a single QMA (left map above). This means that quota ownership is not likely to be affected by any climate-related geographical shift as any stock movement remains within one QMA.

Conversely, snapper (right map above) is fished in five quota management areas, and any geographical change could have major consequences for individual area-based quota allocations. Of the fished areas, the Snapper 1 (SNA1) fishery is by far the biggest, with a total allowable catch of 8,050 metric tons (mt) allocated annually between commercial (4,500mt), recreational (3,500mt) and customary (50mt) interests.

To understand the potential implications of geographical shifts of fished species, we determined the changes in quota values for some species over the past ten years.

How science and policy respond to the potential implications of climate change will be critical for iwi interests.

It is critical for iwi to understand how their rights and interests in the marine environment are likely to evolve. To uphold iwi interests, we need economic analysis alongside the science exploring the effects of climate change on stocks.

This will better enable iwi, as kaitiaki and right holders, to participate in the marine reform agenda announced last year to ensure the long-term health and resilience of ocean and coastal ecosystems, including fisheries.

Tony Craig and Katherine Short, at Terra Moana, carried out the primary research. Maui Hudson leads the research within the Moana Project, where this work was completed.