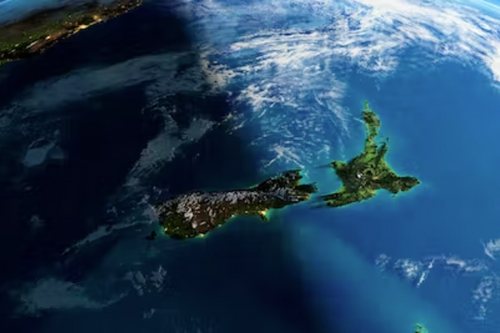 Much of their story – exactly when they arrived and where they initially settled, how quickly the population grew, and how they sustained themselves and adapted during rapidly changing climate conditions – has remained elusive until now.

Our research traces the first 250 years of settlement, including changes in resource availability and population growth. It provides a more precise timeline for arrival and settlement, beginning as early as 1250-1270.

We also demonstrate for the first time a difference in the age of settlements in the North and South islands. The research shows that Māori adapted quickly to their new environment and again during later periods when temperature and rainfall changed significantly.

A more precise timeline of arrival

People travelled from tropical islands in East Polynesia at a time when a warm climate facilitated travel across the world’s largest ocean.

Researchers have long debated the exact timing of their first settlement, with estimates varying between the 12th and 14th centuries, depending on the material selected for radiocarbon dating.

We show that early settlers reached the North Island first, between 1250 and 1270, a decade before the South Island became more popular.

At the time of settlement, the south had colonies of the large flightless moa. The early settlers rapidly adapted to this temperate climate, living on a diet of moa, seafood and vegetables grown in their garden plots.

But then the Little Ice Age interfered with this lifestyle. After 1350, conditions became significantly colder in the south. By around 1400-1420, moa hunting became uneconomic and put these fledgling communities under immense pressure. Once again, people had to adapt quickly.

Models developed from radiocarbon dates and the distribution of archaeological sites indicate the population shifted back to the north and grew between 1350 and 1450. In the north, soils were ideal for agriculture and temperatures were warmer.

Estimates of arrival and settlement in earlier studies and models vary depending on the material they used. For example, radiocarbon dates of the Pacific rat (Rattus exulans or kiore) tell a story about the spread of rats following the introduction by Māori ancestors. This study documents an explosion in the rat population but not information on the earliest human settlement date.

Likewise, radiocarbon dates on moa eggshell and bone tell us about the timing of moa-hunting activities but little about activities elsewhere.

This piecemeal approach has blurred the settlement chronology and contributed to the notion of a “mass migration” event. These studies also ignored dates on marine materials, one of the most commonly dated sample types.

In a previous study, we demonstrated that dates of midden shells could increase the accuracy of models if we had a better understanding of how radiocarbon in the ocean changed over time.

The development of a regional marine calibration curve that mapped this change allowed us to include more than 800 shell radiocarbon dates in the current study. This curve doubled the number of dates available for analysis.

It was also necessary to develop a new approach to modelling that combined terrestrial and marine radiocarbon data sets. The increased precision and accuracy of these new models enabled us to draw links between the number and distribution of archaeological sites, climate, resources and deforestation trends.

Why our results are more precise

We scoured journal papers and books to assemble more than 2,250 dates, the largest radiocarbon data set from any island context. We carefully evaluated the archaeological context and scientific reliability of each date and removed almost 700 problematic dates before modelling began.

Differences between the terrestrial and marine calibration curves used to convert radiocarbon measurements into calendar ages enabled us to refine “wiggles” that result in multiple ranges for some early settlement events.

This research goes only a small way to providing a time baseline for understanding the complexity of ancestral Māori society. Future work aims to achieve the precision needed to establish more links between people, climate and time.

We would like to acknowledge the contribution to this research by Simon Bickler, director of Bickler Consultants.