Over three decades Ms Timutimu, Ngāi Te Rangi and Ngāti Ranginui, has been a positive influence across all sectors of education from early years to tertiary, in governance, management and teaching.

She has made Māori language a critical part of any project she is involved in,  Vice-Chancellor Professor Neil Quigley says.

“While she is humble in her own achievements, Ms Timutimu is a staunch advocate for the role of education in iwi development and she has been a strong advocate of the University of Waikato,” Professor Quigley says.

Ms Timutimu was Chairperson of Te Te Rōpū Manukura during the period in which the University faced public claims of racism from some staff, commissioned the Parata-Gardiner Review into these claims, and established the Taskforce to consult on approaches to addressing and removing racism from the University environment.

Her wise counsel and steadfast support for the University and its leaders as it dealt with these challenging issues represented a major contribution,  Vice-Chancellor Professor Neil Quigley says.

In 2020 she was made a Member of the New Zealand Order of Merit for services to Māori and education.

Ms Timutimu’s contribution to Māori and education, particularly in the context of her role on the Council of the University of Waikato and as Chair of Te Rōpū Manukura, has been sustained and important,  Professor Quigley says. 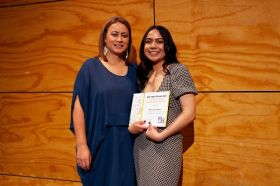 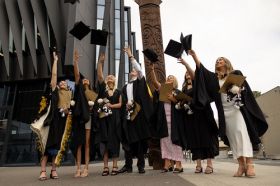