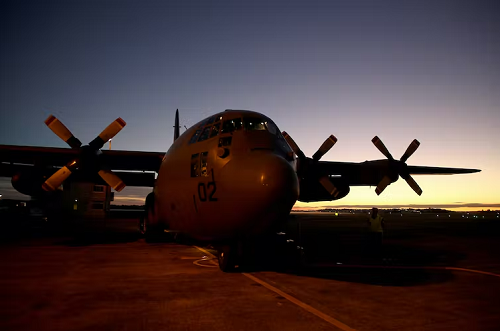 New Zealand’s commitment this week to send a further 120 defence staff to assist with training the Ukrainian military underlines how quickly the geopolitical landscape is changing.

Earlier this month, US Speaker of the House of Representatives Nancy Pelosi’s provocative (some would say reckless) Taiwan trip set off another round of sabre-rattling by China and a breakdown in bilateral discussions with the US.

More recently, US Deputy Secretary of State Wendy Sherman suggested New Zealand could be invited to join AUKUS, the defence alliance focused on the Indo-Pacific region and aimed at countering China’s rising influence.

Taken together, these events show why the government’s newly commissioned Defence Policy Review is both timely and urgent.

The review follows the 2021 Defence Assessment, which highlighted the challenges presented by climate change, China and Russia. But even in the nine months since the assessment was released, the scale of the climate crisis has only become more evident, while relations with Russia and China have become more complicated.

In particular, China’s influence in the Pacific came into sharp relief in April when it signed a security agreement with Solomon Islands. With regional and global pressures increasing, the defence review has four vital questions to address.

1. What is the nuclear risk?

Because of New Zealand’s nuclear-free status and the suspended ANZUS agreement, some might assume the country is safe. In fact, nuclear tensions are high and the review needs to make this clear.

Just what impact a nuclear conflict would have on New Zealand would depend on its scale and location, including whether the country was a direct target. Either way, it would be enormous. Aside from the need to factor this into the national security system, the review has to be clear about associated risks.

Since New Zealand is part of the Five Eyes security partnership, it’s possible the Waihopai spy base could be a direct target. The larger and more sophisticated Pine Gap facility in Australia likely already is – which in turn raises the issue of what happens if New Zealand’s closest and most important ally is attacked.

After the AUKUS defence pact was signed last year, China warned Australia could become a “nuclear war target”. Regardless of the estranged ANZUS relationship, New Zealand would likely be pulled into any such conflict.

2. What would NZ fight for?

For all those reasons, the defence review will need to look at New Zealand’s diplomatic settings in a world of changing military alliances.

Prime Minister Jacinda Ardern has stressed the values underpinning the country’s foreign policy to both the US and NATO, but these should be made explicit in the review. How are these values defended, and how can New Zealand’s independent foreign policy be reconciled with collective security goals?

With Australia, what are the commitments, responsibilities, benefits and implications of the Anzac relationship in the 21st century? And what is New Zealand’s position on Australia’s connection to the Quadrilateral Security Dialogue (QUAD) with the US, Japan and India, and the AUKUS agreement with the US and Britain?

Critically, the review should also assess the costs and benefits of New Zealand joining such arrangements.

And while New Zealand can’t join NATO, a clear assessment of this evolving relationship is clearly warranted, given current cooperation to supply weapons, intelligence and military training to Ukraine.

Finally, while the relationship with the US has improved since the signing of a defence arrangement in 2012, what are the future prospects? Can the ANZUS commitment to “mutual aid […] and collective capacity to resist armed attack” be revisited without compromising New Zealand’s non-nuclear stance?

As the war in the Ukraine is demonstrating, the technology of warfare is evolving fast. Preparing for that change will be essential if New Zealand is to have a credible defence system.

New Zealand may have no capacity for nuclear-powered submarines or aircraft carriers, but its armed forces will need access to some of the equipment already being deployed against Russia’s invasion.

Inter-operability with allies will be crucial. And the review should explore the possibility of New Zealand contributing proportionately to joint allied military budgets for things beyond its own capacity to supply, such as fighter aircraft or advanced weapons systems.

4. How much should NZ spend?

Whether New Zealand’s defence budget is sufficient is always a difficult question to answer. Every tax dollar has an opportunity cost – each one spent on the military represents one not spent on health, education, social housing or other pressing needs.

At the same time, New Zealand has to spend enough to defend itself and also carry its fair share for friends and allies. The pendulum will swing when the external threats are perceived to be greater than domestic ones – which is why the defence review must ask the right questions.