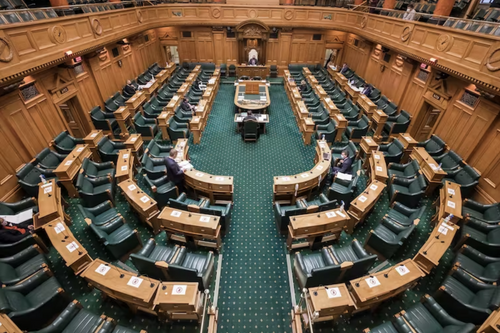 This week’s Supreme Court judgment on lowering New Zealand’s legal voting age has, at times, been interpreted as some kind of mandate for change. That’s not quite the case, but the court’s ruling does at least make change a possibility.

What the court has done is accept the claims made by members of the Make It 16 campaign that the current voting age limit of 18 is inconsistent with section 19 of the New Zealand Bill of Rights Act. Essentially, it found, preventing 16- and 17-year-olds from voting discriminates against them on the basis of their age.

The court also accepted that this inconsistency has not been justified. While that doesn’t mean the age limit cannot be justified, the New Zealand Bill of Rights (Declarations of Inconsistency) Amendment Bill means legislation can be found to be inconsistent with the Bill of Rights.

The decision effectively means parliament now has to defend the 18 age limit if it wants to keep it. However, Prime Minister Jacinda Ardern has already announced her government will draft a bill to lower the voting age (requiring a three-quarter majority to pass). She’s also said she personally supports lowering the voting age.

This rapid shift of the electoral landscape provides a good opportunity to restate the arguments in favour of lowering the voting age – and to ask whether retaining the 18 age limit can be justified at all.

Voting is a human right

When the 2020 general election was delayed due to COVID, it meant a group of young people were suddenly eligible to vote because they had turned 18 in the interim.

As I noted then, the choice of where to set the voting age is not made on the basis of some immutable facts about the capacity of the young to vote. Rather, it is a procedural decision.

Setting the voting age at 18 made some sense when it was introduced in 1974 (down from 21). It was a convenient number that coincided with some (but not all) other age limits for the granting of rights in our society.

The Make It 16 campaign argued, and the Supreme Court has now agreed, that parliament has not provided that justification for setting the voting age at 18.

Parliament will find it difficult to provide a satisfactory justification for continuing to exclude 16- and 17-year-olds.

The most popular arguments against letting these young people vote – that they aren’t interested or capable – are subjective, anecdotal or simply not very good. Another common argument – that they don’t pay tax – is both wrong (many work and they also pay GST) and irrelevant to enfranchisement.

If an adult doesn’t want to vote, they don’t have to. The same would be true for a 16-year-old if the voting age was lowered. Making the voting age 16 simply gives young citizens the opportunity to vote.

It then falls to society to encourage them to learn who they should vote for. If we want better-educated voters, we should look to improve civic education.

There are, however, two good arguments in favour of lowering the voting age: it seems to improve voter turnout, and voting from a young age increases the likelihood people will become regular voters, consistently participating in the democratic process.

Both these claims may seem counter-intuitive. After all, isn’t it well known that young people vote in lower numbers than older people? It is. But that may simply be because we don’t give young people the opportunity to vote until it’s too late.

In Austria, which has allowed voting from 16 since 2008, participation rates among young voters improved significantly once the voting age was lowered.

One theory is that 16- and 17-year-olds are often in more stable situations than 18- or 19-year-olds – still in school, usually still living with family. When they are allowed to vote, they are more likely to be supported or encouraged by their family and school.

A strong indicator of whether someone will vote is whether they voted the last time they had the opportunity. Given more young people vote when offered the chance earlier in life, a lower voting age will result in higher levels of lifetime voting.

It is much easier to care about politics when you are allowed to participate in it. Lowering the voting age will give young people more reason to be invested in their political system. Over time, this will make our democracy stronger and more legitimate.