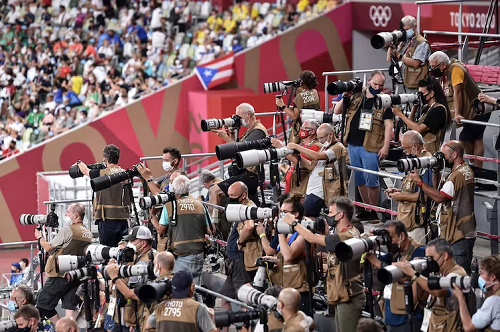 Given recent and often sensationalist media coverage of the issue, it’s easy to overlook the fact that transgender athletes have participated in elite sport for decades – at least as far back as tennis player Renée Richards competing in in the 1976 US Open.

Transgender athletes have also been able to compete in the Olympic Games since 2004. But in the past year, the visibility of transgender women athletes such as New Zealand weightlifter Laurel Hubbard and American swimmer Lia Thomas has triggered considerable media interest and public debate.

Most recently, international water sports federation FINA has released a new policy that will only allow transgender women athletes who’ve transitioned before the age of 12 to take part in elite international swimming competitions. Some have called the policy trans-exclusionary and an “unacceptable erosion of bodily autonomy”.

Clearly, the topic raises critical questions of sex, gender and sport categorisation, requiring complex argument and nuanced understanding of transgender issues. Media coverage, however, can frame those questions in starkly oppositional terms, suggesting there are only two sides to the debate (for or against inclusion) and that “fairness” and “inclusion” are irreconcilable.

Our research, published this week (and in a forthcoming book, Justice for Trans Athletes: Challenges and Struggles), suggests news media are not neutral in their reporting of these issues and they play a powerful role in shifting public perception and shaping policy regarding transgender people’s participation in sport.

To examine this, we analysed the written media coverage surrounding New Zealand weightlifter Laurel Hubbard’s qualification and participation in the 2020 Tokyo Olympics. We examined 620 English-language articles across three time periods, from the announcement of her qualification, during the Games and after the event.

Building on previous research into media coverage of transgender people, we started by establishing a language “codebook” that included categories such as inclusion, fairness, mis-gendering and medical transition details.

Second, we created subcategories based on content tone and implied meaning, coding for every speaker in a given article.

We found that despite helpful media guides produced by LGBTQI+ organisations such as Athlete Ally, GLAAD and the Trans Journalists Association, much of the coverage continued to repeat old patterns, including the use of problematic language such as “deadnaming” (using a pre-transition name).

Overall, our study revealed a common framing of the topic as a “legitimate controversy” (a term coined by communications scholar Daniel Hallin in his analysis of media coverage of the Vietnam War).

The significant majority of media in our sample framed Hubbard’s inclusion in polarising “for or against” terms, and explicitly and implicitly narrated her Olympic inclusion and participation as highly questionable, and the topic as open for public debate.

One of the more sensationalist pieces argued her participation would be a “terrible mistake that destroys women’s rights to equality and fairness – and will kill the Olympic dream for female athletes”.

Most reports, however, took a less extreme approach, instead presenting the details of Hubbard’s life – her transition and how she met IOC criteria – in a way that invited the audience to take a position on her inclusion.

But while selectively seeking and using quotes from advocates and opponents might be perceived as balanced and good journalistic practice, it also risks stifling a more nuanced dialogue. Some media sources even used public polling, further framing this as a debate that everyone – regardless of expertise – should join.

Although Hubbard’s view was often included in the form of prepared statements from press releases or quotes from older interviews, she was presented as just one voice – not necessarily an important one – in the debate about her own inclusion.

Our research shows that what has been lacking in much media coverage is a sense of Hubbard’s humanity and her own experiences of her athletic career. In essence, she was denied the one thing she ever asked of the media: “to be treated the way that other athletes have been treated”.

Scientists’ views were given the most credence, particularly those focused narrowly on the effects of testosterone. Journalists rarely acknowledged that the scientific community itself is divided, or that research on this subject remains contested, with little focusing specifically on trans women athletes.

Previous research has demonstrated the psychological harm, including stress and depression, done by negative or stereotypical media depictions of transgender people. This includes framing their participation in society and sport as “up for debate” or “out of place”.

However, a few journalists in our sample adopted more ethical approaches in their reporting on Hubbard’s inclusion. We interviewed several, who spoke of their efforts to further educate themselves and to limit harmful rhetoric. As one American sports journalist explained:

In general, this notion that journalists serve their audience by just “here’s both sides, you decide” is a fallacy. It is our job to try to sort through some of this, where there is disproportionate harm, disproportionate blame.

Another Australian journalist spoke of the need for more nuanced coverage:

I wish that there was more of a will inside the media to expand the conversation […] to paint the complexities. But unfortunately […] everything is a very quick response, often with no foundation or research, no time given to it. [So] the temptation is you just go for the headline. And I think that’s where the media is failing a lot of these more complex discussions.

We also acknowledge how challenging this issue is to write about well, accurately, non-sensationally and constructively. This is similarly experienced by many academics.

To move this conversation forward productively will require responsible journalism that considers the complexities of the subject, engages critically with science, and respects and values the voices and lived experiences of transgender athletes and those from the wider transgender community.