Sport NZ’s transgender guidelines are a good start – but can they filter up from grassroots to elite competition? 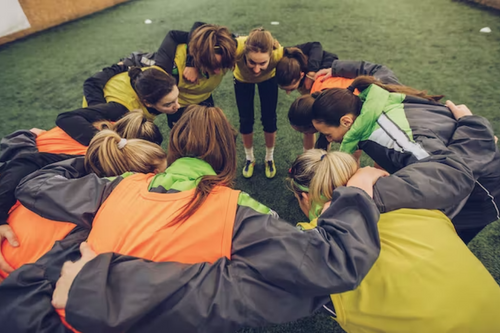 The release this week of Sport NZ’s new Guiding Principles for the Inclusion of Transgender People in Community Sport caused a minor and predictable controversy. One former parliamentarian called the guidelines “woke ideology”. Deputy Prime Minister Grant Robertson responded that such opposition was “petty and small-minded”.

In reality, the guidelines are the result of extensive consultation over two years. They’re a response to national sports organisations calling for help in navigating the uncharted waters of imagining sport beyond the gender binary.

They recommend supporting athletes to participate in community sport in the gender they identify as. Sports organisations are now tasked with developing new or revised policies that prioritise inclusion.

While some, such as NZ Rugby and Boxing New Zealand, are already working on transgender policies, the guidelines offer a clear road map for the consultative process, with the support of Sport NZ.

Recognising this will be different for each sport, Sport NZ CEO Raelene Castle says the guidelines are simply a good “start point for conversation”. At their core is the principle of inclusion, based on wellbeing and safety, privacy and dignity, and removing discrimination, bullying and harassment.

By gaining confidence through this process, it’s hoped sports organisations will recognise that making sport safer and more inclusive is ultimately beneficial for all. The question now, however, is whether change at the grassroots level can filter up to elite sports, which are most often governed and directed by policies set by international bodies.

Access to sport is a human right. It has many social, psychological and physical benefits that should be available to all. The principles and practices of inclusion don’t observe boundaries between community and elite sport, and many sports organisations are struggling to balance competitive fairness with inclusiveness, and governance with human rights law.

Some international organisations continue to reinforce gender binary norms in elite sport with policies based on increasingly outdated views of biological sex. Others are working towards policies that recognise changing understandings of gender in wider society.

A year ago, the International Olympic Committee (IOC) released updated guidelines for inclusion of transgender and intersex athletes. No athlete should be excluded from competing based on an “unverified, alleged or perceived unfair competitive advantage due to their sex variations, physical appearance and/or transgender status”.

The guidelines recognised decades of significant harm caused to athletes who have experienced unethical and “medically unnecessary” procedures and treatments to meet previous selection criteria. Indeed, the widespread use of so-called “sex testing” justified by sporting criteria has been a gross violation of human rights.

Rowing USA, for instance, has just announced a new Gender Identity Policy. Domestic athletes can now participate based on their “expressed gender identity”.

Some are concerned that opening competition in this way essentially eliminates the “women’s category”. Others see such initiatives as a move towards reimagining sport as safe, supportive and inclusive of people across the gender spectrum.

Other sports have taken a different stance. World Rugby banned transgender women from women’s rugby in 2020. And earlier this year the aquatic sports federation FINA banned transgender swimmers, reintroducing measures described by one critic as “an unacceptable erosion of bodily autonomy for women and girls”.

From guidelines to policies

Bans on trans athletes are often justified on the ground of biology and science. The counter-argument is that the research on transgender sports performance is too new to make definitive calls this early. But one analysis of the literature concluded “the future of women’s sport includes transgender women and girls”.

As the new book Justice for Trans Athletes shows, transgender athletes experience many challenges, including stigma, discrimination and gender-based violence. Sport NZ is to be commended for recognising its responsibility to take such trauma into account, given the harm that can be done during “debates” about the participation of an already marginalised and often vulnerable group.

Local sporting bodies will not lose funding if they don’t adopt the principles within their inclusion and diversity policies, but the Sport NZ guidelines clearly identify expectations for best practice.

It remains to be seen how national and international sports organisations implement and regulate such guidelines if and when some sporting bodies refuse to voluntarily adopt them. Given the onus is on organisations to carve their own paths, there is a lot of room for alternative interpretations of what are essentially still only recommendations.

As sports medicine and social science scholars acknowledge, developing overarching policy on transgender participation in sport remains complex and messy. Introducing guidelines and frameworks rather than enforceable policy may be a lighter touch, but it sends a clear message of an organisational commitment to change.

Starting from a place of inclusion is an important sign of progress. But it will be a shame if this important human rights issue becomes tangled and lost in the all-too-familiar power plays and politics of global sport.

Holly Thorpe, Professor in Sociology of Sport and Gender, University of Waikato