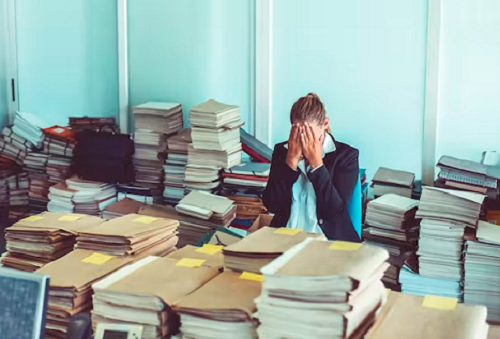 Which sentence is easier to understand? “He was conveyed to his place of residence in an intoxicated condition.” Or, “He was carried home drunk.” Most people choose the latter, for obvious reasons.

This century-old example is a useful illustration of how “plain language” can be used to communicate more clearly, from everyday interactions right through to government documents.

The new Plain Language Bill now before parliament aims to make this more than just an ideal. Comprehensible information from government organisations, it argues, is a basic democratic right.

The push for simplicity

Plain language movements originated in the 1970s in several countries, including the UK, US and Canada. And there’s some indication the very first mention of plain language dates back as far as the writings of Geoffrey Chaucer in the 1300s.

However old, these movements strove for clear, straightforward and accessible language in official documents. This is not merely a “nice-to-have”. In some cases it can save your life – pandemic instructions from the Ministry of Health, for example.

And there is also an element of linguistic equality to it: minority, migrant and marginalised communities have more difficulty understanding complex and jargon-laden documents, which tip the scales even further against them.

What is plain language?

There is no single definition of plain language, but both the UK and US commonly use the one proposed by the International Plain Language Working Group:

A communication is in plain language if its wording, structure, and design are so clear that the intended audience can easily find what they need, understand what they find, and use that information.

In practice, it is easier to recognise a text written in plain language than one that is not. But it also depends on who is reading it. What may be plain language for some, will not be for others.

That said, basic tenets of plain language texts in English include:

Although the principles of plain language are not new, mandating them through New Zealand legislation is.

improve the effectiveness and accountability of public service agencies and Crown agents, and to improve the accessibility of certain documents that they make available to the public, by providing for those documents to use language that is (a) appropriate to the intended audience; and (b) clear, concise, and well organised.

The bill before parliament does not explicitly define plain language beyond this  description. We’ll have to wait for the details.

If the bill is passed into law, the Public Service Commissioner will have to produce material to help agencies comply with plain language requirements.

Only after seeing this guidance material will we know what effect reforms might have on government documents. So, MPs will essentially be voting without knowing what the bill will actually require agencies to do in practice.

The devil in the details

There are some other important things to note about what the bill does and doesn’t do.

It aims to improve accessibility of documents for people with disabilities. It does not affect the use of te reo Māori in government agency documents, nor does it propose to compel agencies to translate documents into languages other than English.

Perhaps most importantly, the bill does not include any enforcement mechanisms, although agencies and agents will be required to report their progress.

The bill is procedural in nature: it creates no enforceable rights or obligations. Members of the public will not be able to seek any form of remedy if they continue to find documents difficult to understand.

Given that New Zealand’s bill is closely modelled on the Plain Writing Act 2010 in the US, it is useful to consider the law’s impact there.

After it was passed, plain language advocates in the US were initially unimpressed by its impact. But the Center for Plain Language, a non-governmental organisation that publishes report cards on writing quality in government agency documents, noted significant improvements between 2013 and 2021.

In 2013, half of the 20 agencies reviewed either failed or required improvement to meet plain writing requirements, while in 2021 every agency passed.

Will this bill work to make government documents more accessible for New Zealanders? The short answer is, we don’t know yet. But the US experience suggests some progress is likely.

One thing the New Zealand bill is already doing, however, is increasing awareness of the need for clear communication. Some MPs have voiced concern about the cost of the reforms, the lack of enforceability, and even that the new law will increase bureaucracy.

However, important insights can be gained from regular reporting. There are also potential financial benefits from reducing the volume of followup communication with government agencies.

Overall, there is a clear social benefit in improving official communication. And instead of being conveyed to their place of residence in a state of intoxication, perhaps drunks will just be carried home.