The High Court and the Ombudsman have found fault with NZ’s MIQ system – should the government apologise? 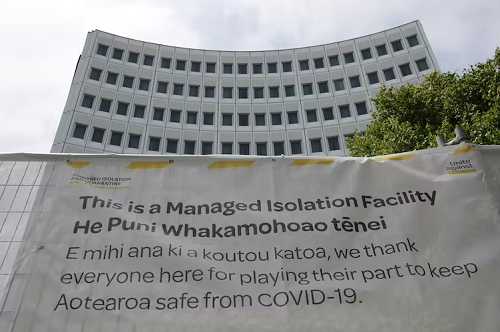 Although it has yet to begin work, the first finding of the forthcoming royal commission into New Zealand’s COVID-19 response has probably just been written by Chief Ombudsman Peter Boshier.

The royal commission will likely agree with his finding: while it was justifiable for the government to restrict and control the flow of people coming into the country during the global pandemic, this should have been done with more finesse and empathy than actually occurred.

The Ombudsman’s report comes on the heels of the High Court’s April decision in a case brought by lobby group Grounded Kiwis. That decision found the border restrictions breached the right of New Zealand citizens to enter the country, as contained in the Bill of Rights – but that the border measures were still justified.

The self-initiated investigation by the Ombudsman focused on hundreds of complaints that claimed the managed isolation and quarantine (MIQ) allocation system was unlawful, unfit for purpose, unfair and poorly managed.

As such, the investigation took a broader view than the High Court’s specific focus on rights. This bigger picture took in considerations of reason, justice, sympathy, honour and fairness. Taken together, the two findings give a clear picture of what happened and why.

The High Court decision accepted that having to possess a voucher to get into MIQ did not, in and of itself, amount to an unjustified infringement of the right to enter the country.

Similarly, the isolation requirements placed reasonable and proportionate limits on the right to enter, while those requirements were in operation. Other options would not have achieved the public health objectives the government had legitimately set.

The Ombudsman’s opinion also recognised the important aims of MIQ and the vital role it played in preventing outbreaks of COVID-19 in the community. Boshier also commended the work of the Ministry of Business, Innovation and Employment (MBIE) and the wider public service in managing New Zealand’s COVID response.

The system was working in a novel and complex policy context, under time pressure, and in a high-stakes environment with limited access to reliable information.

The Ombudsman is also clear that MBIE did not act unreasonably in its efforts to increase MIQ capacity, given the limitations imposed by public health settings and workforce constraints.

But while MIQ was a critical component of the government’s elimination strategy, which achieved positive health outcomes, the High Court decision reasoned that the combination of the “virtual lobby” system and the narrow emergency criteria was too blunt.

The system should ideally have been able to detect and prioritise differences in individual circumstances, the High Court found. As it was, the virtual lobby did not prioritise New Zealand citizens over non-citizens, nor did it prioritise based on need or timing. The offline emergency process was too tightly constrained to compensate for this deficiency.

At the time, there appeared to be have been no proper system to gather information from overseas New Zealanders about their circumstances. While the MIQ system achieved the government’s health objectives, the result was that some New Zealanders experienced unreasonable delays in exercising their right to enter the country, according to the High Court decision.

The Ombudsman reached a similar conclusion. He reasoned that MIQ, and the operation of the managed isolation allocation system in particular, caused immense stress and frustration for tens of thousands of people.

Granted, a more individualised allocation system that considered and prioritised personal circumstances would have been difficult and costly. But this should have been done, given the profound impact the system was having on people.

Should the government apologise?

The royal commission will probably learn from the decision of the High Court and the opinion of the Ombudsman. And it’s to be hoped future generations will not suffer from the same mistakes. But the more immediate question is whether the ministers involved should apologise.

While the Ombudsman has been clear that for some people in certain situations a personal apology from MBIE may be necessary, he lacks the legal jurisdiction to make the same recommendation for the ministers involved.

There’s something of an anomaly here, given key decisions about the allocation system were made by ministers. A firmer recommendation might come out of next year’s royal commission.

For now, however, the  ethics of an apology have less to do with the law and everything to do with politics.