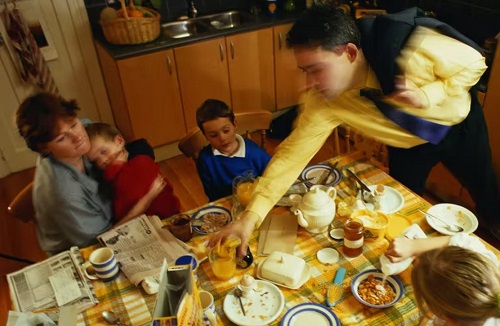 During the global COVID-19 pandemic, women have carried much of the unpaid emotional and domestic burden of caring for their families and communities, often simultaneously holding down paid jobs, many on reduced hours or salaries.

Women have also been disproportionately affected by job losses, particularly women of color and ethnic minorities. Worldwide, women lost more than 64 million jobs in 2020 alone, resulting in an estimated US$800 billion loss of income.

Mirroring these trends, women in Aotearoa New Zealand faced greater economic, social and health challenges than men. In 2020, women made up 90% of pandemic-related redundancies. In 2021, many more women were working in “precarious” jobs. Wāhine Māori and Pacific women, already facing greater inequalities, have been even harder hit by job losses.

During this time, rates of domestic violence against women and girls surged in New Zealand and around the world, prompting some to refer to a “double pandemic” or “shadow pandemic”. Women’s physical and mental health has been heavily affected for both frontline workers and in the home.

As ongoing research by a cross-cultural team of feminist scholars has been documenting, New Zealand women have found different ways to cope through the various stages of the pandemic. But with the pandemic exacerbating gender inequalities in most areas of life, the fear is that decades of (albeit uneven) momentum towards gender equity is being lost.

While some governments have taken steps to address women’s well-being during the pandemic, such as introducing shorter or flexible work hours, they remain the minority.

Organisations such as the United Nations and the OECD have identified the need to develop better support for women within pandemic recovery programmes. And some countries have advocated more progressive strategies, including prioritising local feminist and Indigenous knowledge. But the uptake of such initiatives has been minimal at best.

In Aotearoa New Zealand, the 2021 Wellbeing Budget sought to “support into employment those most affected by COVID-19, including women”. But the focus on male-dominated industries (such as construction and roading),  and lack of initiatives aimed at women as primary carers, meant this was largely a missed opportunity.

While this general lack of gender-responsive policy has been troubling, women have been far from passive in their own responses, both individually and collectively.

As the stories of women from diverse backgrounds in Aotearoa New Zealand have shown in our own and others’ research, many have turned to their own cultures, social networks and religions to help them through the pandemic. Others have used sport and exercise, nature and digital technology to build a sense of belonging and support during difficult times

Such strategies have helped them manage unprecedented levels of stress in their own lives, and the lives of those around them. Women have been active and creative in the ways they’ve found to care for themselves and others.

Yet these everyday acts of care by women for their families and communities are rarely seen, valued or acknowledged.

As the pandemic continues, women everywhere are suffering the “hidden costs of caregiving”. In Aotearoa New Zealand, as elsewhere, new COVID variants have seen them even busier caring for sick family members – often while unwell themselves.

The effect has been to rethink priorities, who and what is most important, and to question the expectations shaping their lives.

Some of the women in our studies have taken bold steps – starting a new business, moving town, reorganising work-life balance, putting their own health first. Others have simply acknowledged their own vulnerability and need for community. As two of the women we interviewed said:

I think for me it’s been more of a reaffirmation that what I am doing is good enough […] Like I don’t need to be all of these things. We put so much pressure on ourselves […] we spread ourselves too thin […] trying to be a whole bunch of other people’s ideas of being the best person.

The stress and mounting fatigue characteristic of life during COVID-19 are undoubtedly prompting many women in Aotearoa New Zealand and overseas to ask questions about the gendered economic and social systems that may no longer be working for them, and the infrastructures that are failing to support them.

Some are turning away from their busy working lives, opting instead to find a slower pace, to live more sustainably, and to give back to their communities in a range of ways.

Some even refer to the gendered effects of the pandemic economy as the “great she-cession”. But it’s clear we need to better understand the social, economic and cultural conditions prompting these changes.

What we can say, however, is that genuinely gender-responsive policies are urgently needed. The often used mantra of “building back better” must prioritise the knowledge of local women in all their diversity, and there is much we can learn by listening to women’s everyday experiences of the pandemic.

Not doing so risks decades of gender equity work slipping away.