An alumnus of the University of Waikato with a doctorate in microbiology and a graduate of the London Business School Senior Executive Programme, Dr Cooper has developed research expertise in parallel with leadership skills to spend his working life dedicated to New Zealand’s fresh water quality.

Joining the National Institute of Water and Atmospheric Research (NIWA) in 1992, Dr Cooper went on to champion a number of major initiatives, including leading the development of Te Kūwaha - Māori Environmental Research, which incorporates mātauranga Māori into environmental research.

In 2004, five years after joining NIWA’s executive team, Dr Cooper was appointed Deputy Chief Executive and General Manager Strategy. He has since been at the forefront of NIWA’s contribution to informing national and regional environmental policy and held a number of governance roles, including as a member of the Science Roadmap Committee established by the Minister of Research, Science and Technology.

“Dr Cooper led a multidisciplinary team and collaborated with iwi to complete the Waikato River Independent Scoping Study. This was a substantial and ground-breaking piece of work which led to the establishment of the Waikato River Authority, which continues its work to restore and protect the river today.”

Professor Quigley says Dr Cooper views the Waikato and Waipā rivers as taonga, central to the support of their communities environmentally, economically, socially and culturally. His work to improve the health of Waikato’s most well known freshwater resources is driven by this belief in their importance to the land and the people. 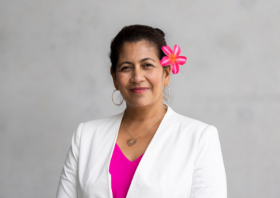