A Supreme Court judge, Māori business leaders and professional directors have been recognised by the University of Waikato for their contributions to community.

Jennifer Kerr, Hinerangi Raumati MNZM, Justice Leilani Tuala-Warren and Jamie Tuuta will receive Distinguished Alumni Awards from the University at a ceremony last night, recognising their significant achievements and contributions they made to their communities.

This year’s awardees have successful careers in areas including Māori leadership, governance, criminal justice advocacy and law including constitutional law efforts in Samoa.

University of Waikato Vice-Chancellor Professor Neil Quigley says the University is proud of this year’s awardees and their outstanding achievements on the international and domestic stage.

“Each awardee is a role model for students and fellow Waikato alumni,” says Professor Quigley.

The awardees have shown a commitment to their various communities by reforming the judicial system in Samoa, leading treaty negotiations for iwi, advocating for criminal justice and mentoring young leaders, all while creating opportunities for their communities to thrive.

Since the inaugural awards in 2007, the University has recognised 50 alumni who are at the top of their respective fields.

Jennifer Kerr started her career in human resources and health, safety and wellbeing before taking on executive roles for Mobil Oil, Fonterra and Transpower. In 2018 she changed tack to focus on governance roles. Today, she is the first woman to chair New Zealand Trade and Enterprise, she is the deputy chair of Callaghan Innovation and is a board advisor to MediaWorks.

She is also a contributor to New Zealand’s criminal justice system and sits on the New Zealand Police, Assurance and Risk Committee.

Hinerangi Raumati is a well-respected governor and Māori business leader working hard to support her communities.

Equally active on the marae and in the corporate boardroom, Hinerangi’s governance career started at the age of 30 when she was asked to be a trustee for Trust Waikato.

Today, Hinerangi is the Chair of Tainui Group Holdings and Tūrangawaewae Trust Board, several commercial iwi entities, Ngā Miro Health Trust and sits on many boards including Genesis Energy and the Reserve Bank of New Zealand.

Justice Leilani Tuala-Warren has had an illustrious career in law over the past 25 years and has continually used her expertise and knowledge to serve the people of Samoa and Aotearoa New Zealand and has used her public profile for good.

She began her career as a state solicitor in Samoa before returning to the University of Waikato to tutor and lecture. She is currently an Honorary Lecturer in Te Piringa Faculty of Law.

Leilani established and led the Samoan Law Reform Commission and was the second woman judge to be appointed to the Samoan District Court and Justice in the Supreme Court of Samoa.

Since graduating from the University of Waikato, Jamie has participated in four iwi negotiations, chaired an iwi and several iwi asset holding companies and held over 50 governance roles; he was the youngest trustee for Te Tumu Paeroa. Today, he is the chair of Tourism New Zealand, Māori Television, Te Rūnanga o Ngāti Mutunga, Ka Uruora and Te Pākihi o Maru Management.

Jamie gravitates towards kaupapa-driven organisations and works tirelessly to create opportunities for his communities. 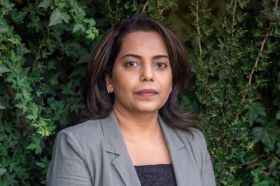