With the death of a Kiwi fighter in Ukraine, should the government make it harder for volunteers to go? 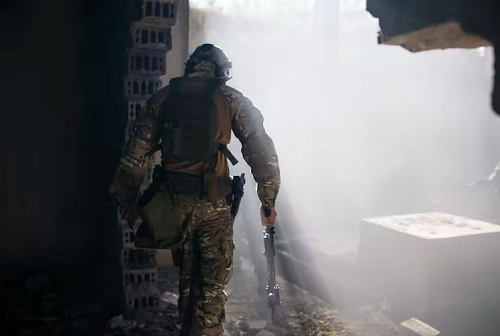 Dominic Bryce Abelen has been described as a “warrior until the end”. He is also New Zealand’s first serving soldier to be killed fighting in Ukraine. His death puts renewed focus on the status of foreign fighters in that war.

Abelen was off duty from the Royal NZ Infantry Regiment’s 2/1 Battalion and one of many former or current New Zealand Defence Force (NZDF) soldiers in Ukraine. Like other volunteers, he will have felt a strong ethical duty to be there and believed he was defending a country against an indiscriminate and inhumane aggressor.

The call by Ukrainian president Volodymyr Zelenskyy for individuals to help has seen thousands of foreign fighters respond since Russia invaded six months ago. Russia is playing the same game, actively recruiting mercenaries and foreign volunteers.

The upshot is that hundreds of New Zealand volunteers may be in Ukraine right now, despite the very limited assistance their government can give them.

Two problems arise when volunteers from other countries join the fight on another nation’s soil.

First, the lines between what constitutes a lawful or unlawful fighter blurs, and warfare can often become particularly unrestrained.

Second, what starts out as a bilateral conflict turns into an international quagmire.

That is why the United States, NATO and allied countries like New Zealand have actively tried to walk a difficult tightrope – giving military support, but only up to Ukraine’s sovereign border.

So, New Zealand may provide military equipment but cannot physically use it within the country’s borders. Military personal from the NZDF may also train Ukrainian soldiers, but this must be done outside Ukrainian territory.

While these efforts mean New Zealand is not technically neutral, neither is it an active participant. It is a very fine line. And if NATO or its supporters became active participants, Ukraine could easily turn into a third world world.

If New Zealanders were to fight in Ukraine with official authorisation, it would effectively make New Zealand an active participant. New Zealand’s relationship with Russia would become very difficult.

To avoid a global conflict, then, there can be no officially sanctioned NATO (or Kiwi) boots on the ground.

The status of unofficial soldiers

Assuming that critical boundary is not crossed, the question then becomes what to do about volunteers who go to fight without official permission or recognition. Two basic principles apply when considering the status of New Zealanders fighting in Ukraine:

The key definition of a mercenary is they make money “substantially in excess of that promised or paid to combatants of similar rank and functions in the armed forces” of the foreign country they’re fighting for.

If they’re caught, mercenaries don’t have the rights of genuine prisoners of war and can be executed. If the volunteer is a citizen or resident of the country at war, or they are a member of the armed forces of that country, they are not mercenaries.

For such reasons, countries such as Britain, Australia and the US have tried to steer would-be volunteers away from joining.

So the status of New Zealanders fighting in Ukraine without official permission is difficult. Although a general travel warning to avoid Ukraine has been issued, this doesn’t actually prohibit New Zealanders going. Nor does it prohibit them volunteering to fight.

There is something of an anomaly here, considering the lengths taken to prevent volunteers joining terrorist groups and to deal with those returning.

Can NZ volunteers be stopped?

In reality, whether the rules around foreign fighters in Ukraine are being followed is up for debate.

Russia is already taking a hard line against foreign volunteers, conducting trials and promising executions. Captured New Zealand volunteers will likely face the same consequences – irrespective of whether they are wearing the uniform of the Ukrainian army.

This is difficult for any government. Offering more equipment, training and humanitarian relief to Ukraine can be justified. But this can also encourage some that joining a “just” war themselves is the right thing to do.

There is no question the government must keep an exceptionally tight leash on any NZDF personnel who try to join the conflict. That cannot be tolerated.

The harder question is whether to take a firmer position against those outside the military who would voluntarily put themselves at risk – and in doing so, make this war even more complicated and dangerous.