With the Three Waters reforms under fire, let’s not forget that safe and affordable water is a human right 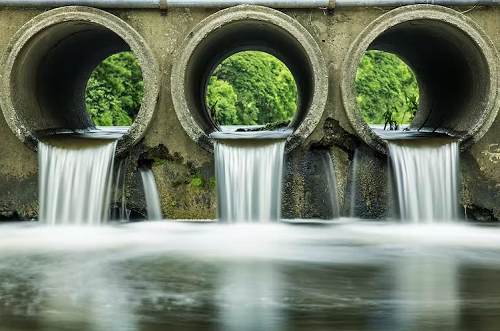 While ostensibly about improving New Zealand’s water infrastructure, the government’s proposed Three Waters reforms have instead become a lightning rod for political division and distrust.

Critics cite concerns about local democracy, de facto privatisation and co-governance with Māori as reasons to oppose the Water Services Entities Bill currently before parliament. With the mayors of Auckland and Christchurch now proposing an alternative plan, the reforms may be far from a done deal.

But behind the debate lies an undeniable truth: clean water is a necessity of life. In fact, 20 years ago this month the United Nations Committee on Economic Social and Cultural Rights first affirmed that water is a human right. The anniversary is a timely reminder of what Aotearoa’s proposed water reforms are essentially about.

Covering drinking water, wastewater and stormwater (hence the “three waters” label), the reforms would have a wider remit than the human right to water. They fold in environmental and cultural considerations alongside public health concerns.

But the human right to water, as well as lessons learned from implementing that right, have important implications for the Three Waters debate, not least around water quality and affordability.

By acknowledging it to be a human right in 2002, the UN Committee on Economic, Social and Cultural Rights argued water is indispensable for leading a dignified life and essential for other human rights.

Since then, the human right to water has been repeatedly declared, including by the UN General Assembly and the European Union. This right is included in the constitutions and laws of numerous countries.

Despite this, 1 billion people still lack access to safe drinking water, and six out of ten people live with inadequate sanitation. More than 2 billion people live in areas of water scarcity, likely to become an even bigger issue due to climate change.

Internationally, there is evidence the adoption of a human right to water has made a difference. In South Africa, where access to sufficient water is a constitutional right, the courts have repeatedly referred to the human right to water when determining government obligations around water services.

In 2014, the first European Citizens’ Initiative pushed the European Union to exclude water supply and water resources management from the rules governing the European internal market.  This means EU citizens have a stronger voice in water governance decisions.

In 2016, Slovenia became the first EU country to make access to drinkable water a fundamental right in its constitution.

New Zealand’s Three Waters reforms are not unrelated to these basic issues of safety, accessibility and affordability. They aim to address significant problems with the country’s existing water services model, including ageing infrastructure, historical under-investment, the need for climate change resilience, and rising consumer demand.

These all require a serious program of water service transformation – one the government believes is beyond what local councils (which currently administer most water assets) will be able to deliver.

The projected cost is estimated at between NZ$120 billion and $185 billion (on top of currently planned investment), rolled out over the next 30 years.

One way or another, the work has to be done. Last year elevated lead levels were found in the water in east Otago. Ageing infrastructure and increasing demand are likely to increase the risk of similar incidents unless expensive upgrades are undertaken.

Without reform, the government argues, the huge cost of those upgrades will be unevenly spread across households, with a substantially higher burden on rural consumers.

To be affordable and equitable for everyone, therefore, the Three Waters plan involves creating four publicly owned, multi-regional entities. These will benefit from greater scale, expertise, operational efficiencies and financial flexibility compared to local councils.

But because councils could still contract out water services for 35 years, concerns have been raised about the potential for creeping privatisation. Indeed, similar concerns, including failed attempts to privatise water services in other countries, were a significant catalyst for asserting the human right to water more than two decades ago.

While international acknowledgment of water as a human right doesn’t automatically create binding obligations on New Zealand’s government, it can still inform the Three Waters debate.

Over the past 20 years, many of the benefits of this right have accrued from its ability to focus attention on securing high-quality and sustainable water services for everyone. That remains an essential ambition for New Zealand in 2022 and beyond.